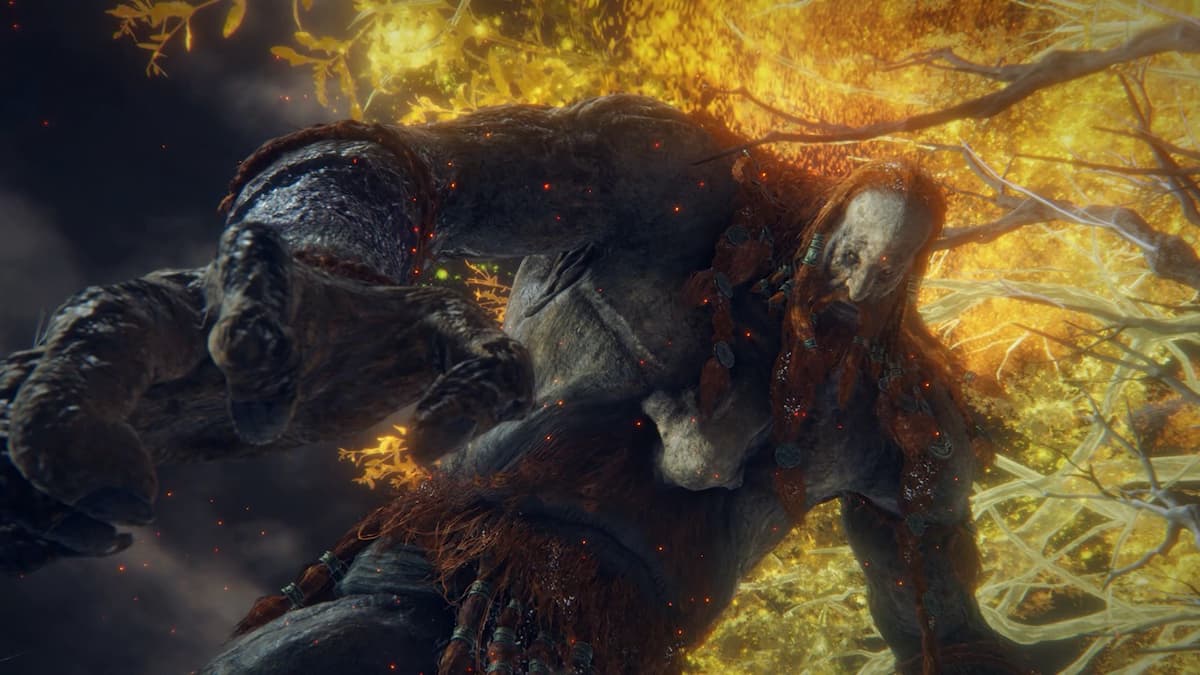 When it comes to guiding its players, FromSoftware games do not have the best track record and Elden Ring is no exception. Players often find themselves struggling to know where to go next. Whether it’s defeating an area boss, talking with an NPC, or trying to progress the main story, it feels like Elden Ring intentionally hides the answers from its players. At the same time, this is good for the overall open-world gameplay experience, as it forces players to explore the game’s vast variety of areas.

Currently, there are many players looking to progress through the main story of Elden Ring and the game is proving to be difficult. On top of conquering the larger-than-life bosses within the game’s legacy dungeons, players must find the correct path for story progression. One area these areas, in particular, is the Mountaintops of the Giants.

Here, the Tarnished venture through the snowy lands avoiding Golems, insanely large Fingercreepers, and tons of Trolls to eventually reach the Fire Giant.

It’s here, after conquering the Fire Giant, that players don’t know where to go next.

Where to go after defeating the Fire Giant

Like other areas in Elden Ring, the Mountaintops of the Giants do not tell players outright where to go. After defeating Morgott, the Omen King in the Royal Capital, players spoke with Melina about committing the cardinal sin of burning the Erdtree. This must be done to reach the Elden Throne. After speaking with her, she gives the player the Rold Medallion to operate the Grand Lift of Rold and reach the Mountaintops.

Here, players will seek the Forge of the Giants to burn the Erdtree.

At first, it may not seem like moving toward this massive cauldron will amount to anything as there is nothing to loot and it appears barren to the naked eye. However, players can carefully walk up the chain extending from the Mountaintops to the cauldron.

At the top of the chain, and with a little jumping, players can reach the outside brim of the cauldron. Jumping down into the cauldron will result in instant death, so players should tread cautiously to avoid having to climb back up. Making their way around the north side of the cauldron, players will find a Site of Grace where they can speak with Melina. After a few lines of dialogue, it is here where the option is given to sacrifice Melina and commit the cardinal sin of burning the Erdtree.

Once players sacrifice Melina to burn the Erdtree, a cut scene will occur where the Erdtree beings to burn and players will be transported to a new area. This is the Crumbling Farum Azula and, according to the lore of the game, is a location that exists outside of time. This is the next legacy dungeon in Elden Ring and is required to continue the main story.

Everything related to the next steps after defeating the Fire Giant is articulated above. Those that do not want a possible spoiler related to the Frenzied Flame ending should avert their eyes and progress to the Crumbling Farum Azula.

While at the Forge of the Giants, it is possible to not sacrifice Melina and instead “Listen to the sounds of flame.” This option is only available to those who have inherited the Frenzied Flame. When at the Forge, Melina will not show up and this will be the only option available to players.