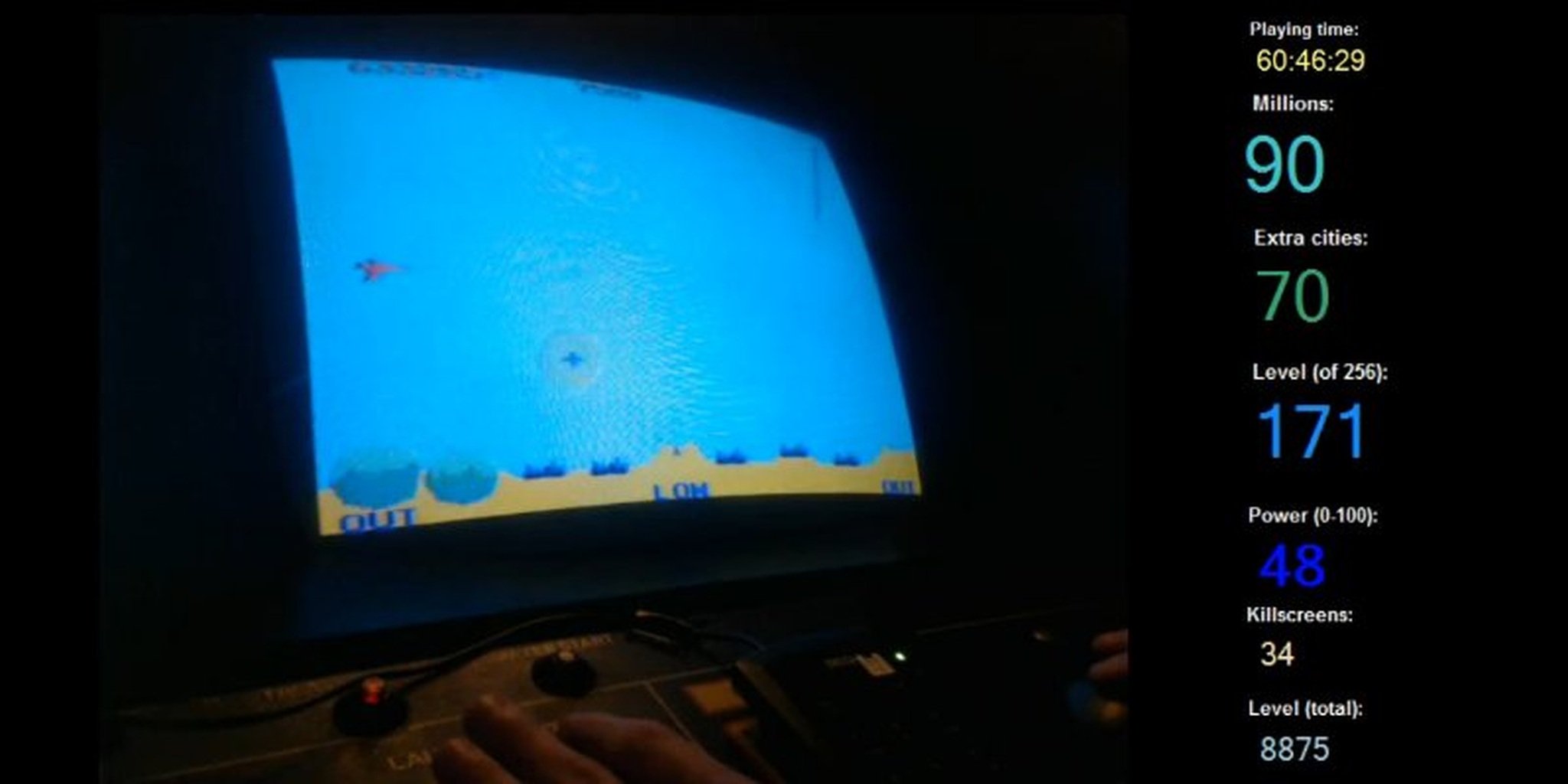 While you were sleeping on Friday night, a Swede named Victor Sandberg was playing 1980s arcade hit Missile Command. When you went to bed last night he was still playing. And if things work out as planned, when you wake up tomorrow morning, ready to begin your work week, Sandberg will still be there, sitting alone in a dark room, obliterating incoming missiles with lightning speed on an ancient arcade machine.

His lofty goal? Play the game for 100 hours straight, on a single credit. He’s about six-tenths of the way there.

If he succeeds, Sandberg won’t just be setting a world record for Missile Command. In fact, as Kotaku’s Owen Good points out, he already smashed that record (his own) when he played past 56 hours.

Instead, Sandberg wants to the record for longest game marathon on any arcade game ever. That mark is currently held by George Leutz, who played puzzle platformer Q*bert for 84 hours and 50 minutes straight in February. “Sandberg is trying to grab power naps when he can,” Good writes, “building up enough bonus cities to sleep through several minutes of unchecked bombardment.” Maybe if he’s lucky he can build up enough extra cities to just sleep the final few hours of the marathon. He deserves it, at this point.

You can watch Sandberg tap his way to arcade immortality on his Twitch stream, which we’ve embedded below. If his power naps work and he doesn’t collapse from fatigue, he’ll beat the record at around this time tomorrow.