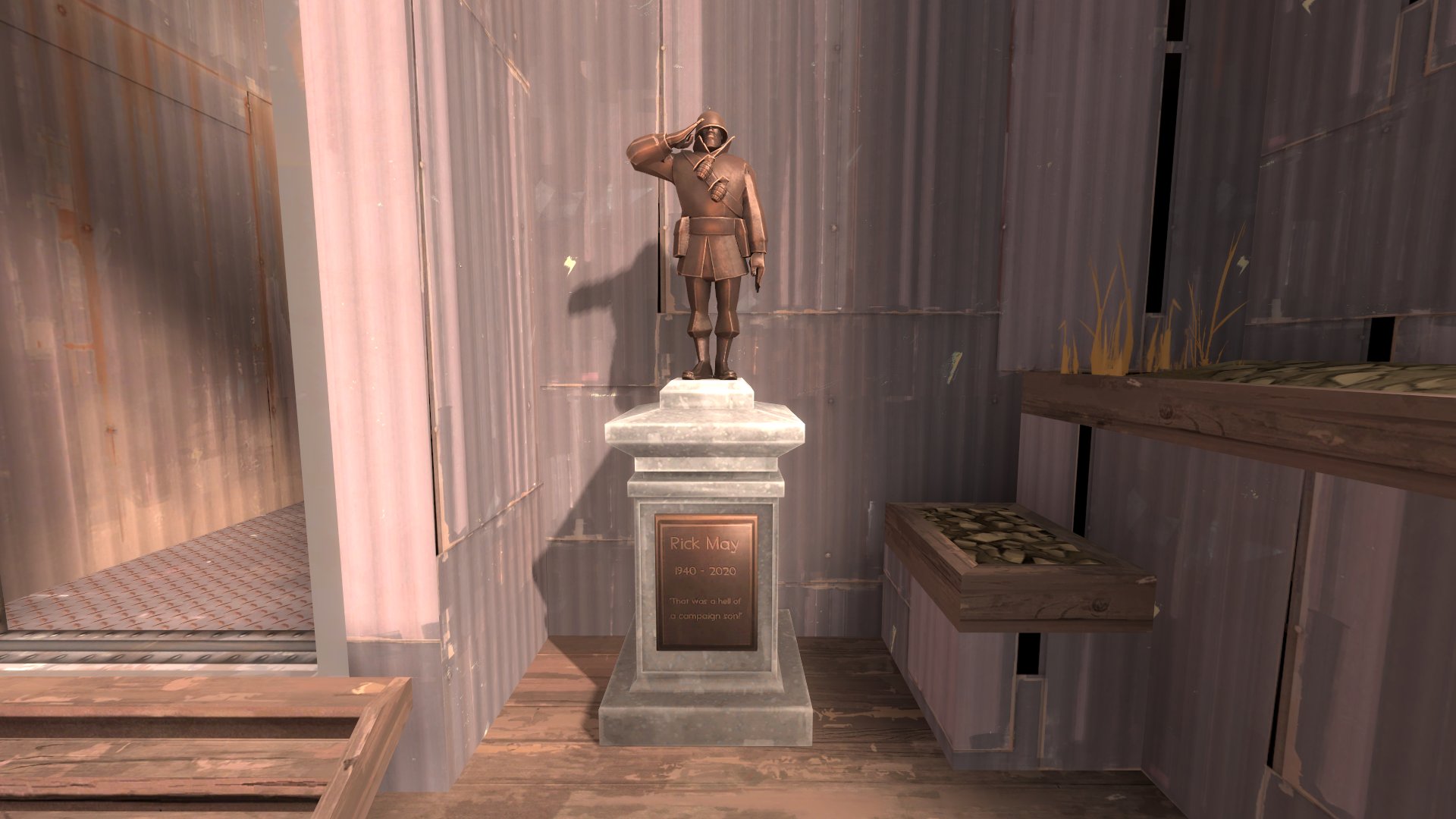 Team Fortress 2 became popular for its fun and frantic gameplay, but the wacky, cartoonish nature of the main cast of characters was also one of the game’s biggest selling points.

After the passing of Soldier voice actor Rick May, Valve added statues and other tributes to immortalize the charismatic man in the game’s newest update released earlier today.

Immediately upon opening the game you will be greeted by the Soldier saluting on the home screen. He is accompanied by a rendition of Taps, a song used by the military to honor and mourn fallen soldiers.

Additionally, a simple golden statue has been added to all of the TF2 stock maps, including Hightower and Turbine that all have a very basic plaque showing his name with the year of both his birth and death years, along with the caption “That was a hell of a campaign son.”

Each of the statues will play a randomized voice line from Soldier’s catalog every time someone approaches one.

A new bulletin within the game notes that the tributes will last the entirety of May, which leads many to believe that Valve will be turning this into an annual tribute in some capacity.The statues are likely going to be a fixture of TF2 for the remainder of the game’s lifespan regardless of the menu returning to normal.

May the TF2 community continue to rocket jump in his honor.