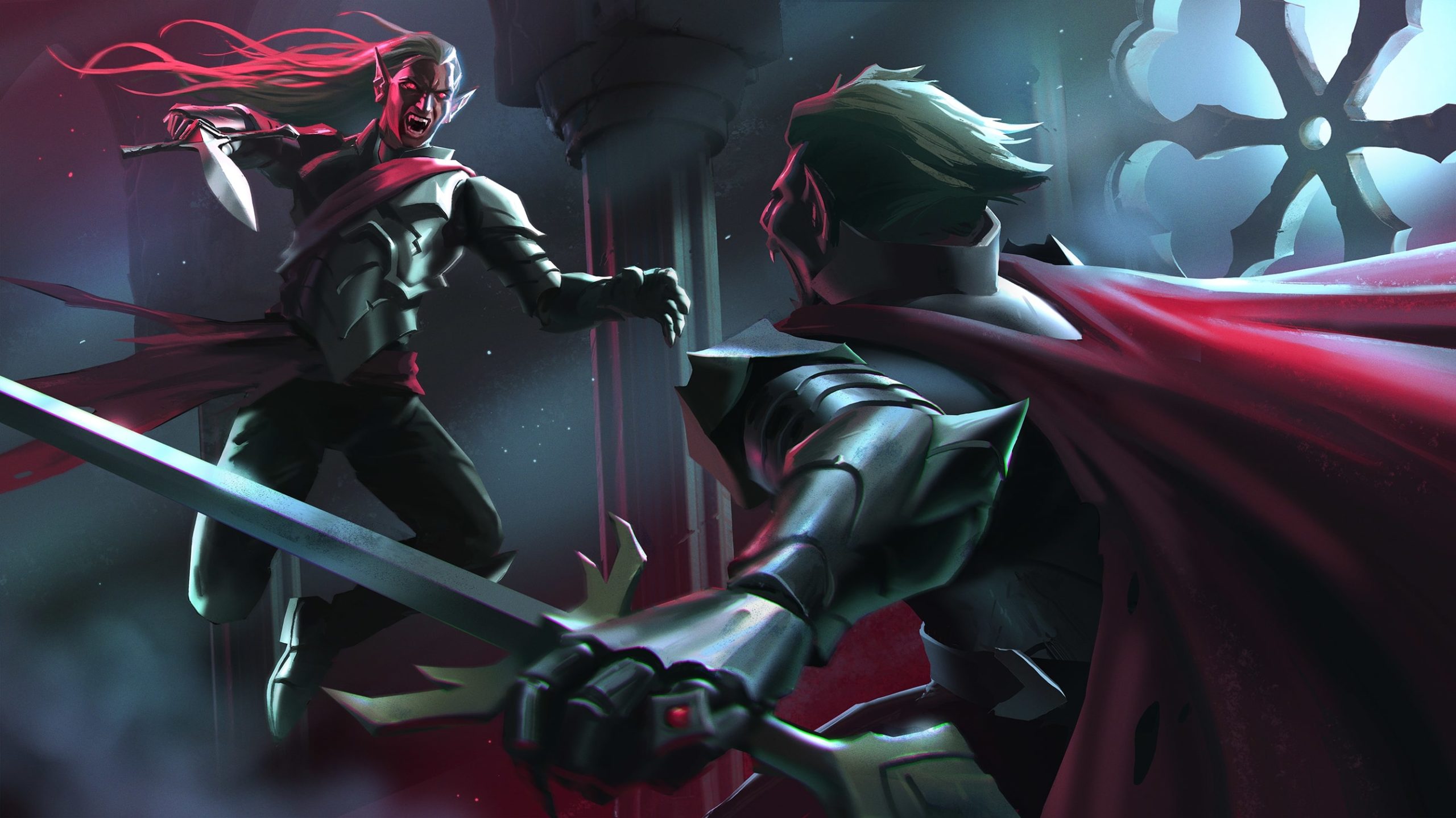 V Rising is the newest game by Stunlock Studios. Being one of the few vampire-oriented games today, it naturally caught the attention of players immediately. In this game, players play as a newly risen vampire awakened after centuries of slumber. After all this while, the vampire is weakened and players have to search for ways to get their vampire’s powers back.

True to vampiric lore, the vampires in V Rising can only survive after sundown. If they venture out in direct sunlight, they will burn to death and their journey comes to an end. Due to this, it is recommended that all players do their planning in the daytime and execute them during the nighttime. Venturing out to hunt and feed is essential to keep the vampire alive and strong as the game progresses.

What makes a vampire strong is a combination of their own power as well as the weapons they acquire along the way. To showcase the power of these weapons, here is a list that displays all of the weapon types in the game, ranked from weakest to strongest.

The weapons in this game follow a slightly different variation when compared to most other games in this genre. The developers have made it so that every weapon does the same flat overall damage, which means no one weapon is more powerful than the rest. But as is with most multiplayer games, players have found which weapon types are better than the rest.

There are a total of seven weapon types in V Rising. In no particular order, these are:

Six of these weapons are melee weapons while the crossbow is the only ranged option so far. To further break them down, each weapon type also has a class (e.g bronze) and better versions can be found over time as the game progresses.

Each class of any of these weapon types does the same damage across the board, which makes each of them viable in a fight. Every weapon type also has access to two different skills which are unique to that type, making every weapon have different tactics in battle.

With all of these variations in the way a weapon can do damage, the list below will rank them from weakest to strongest. This tier list is purely subjective and is based on personal opinion as well as the current meta forming around these weapon types.

The weapon types will be ranked from the F-tier all the way up to the S-tier.

The community unanimously agrees that this is the worst weapon type in the game. While not bad by itself, when compared to any other weapon type, it tends to fall off significantly. Despite being the only ranged weapon option in the game, it is pretty mediocre in both attack speed and skills. The complete dependence on aiming in order to launch an attack is pretty abysmal in terms of usability but it can be situationally useful against groups of enemies at a safe range.

This giant scythe is good for cleaving through groups of enemies but its slow attack speed drags it down to the E-tier. While the damage of this weapon and its skills do decent damage, the attack speed tends issue leaves a huge glaring problem in its offense. While good against AI enemies, it struggles in PvP against competent players.

The Mace falls in the D-tier for being the slowest weapon in the game. While its high damage and heavy swings somewhat make up for that, it is still not enough to get it higher on this list. While this weapon is great against the slower, heavier foes, it struggles a lot against the quicker opponents in the game. Smack is a high utility skill that keeps Mace players safe during sticky situations.

Axes as weapons are pretty devastating. Apart from their obvious hand-to-hand usage, they have a ranged attack option with their X-strike attack. They also have great utility, helping players with tree cutting early in the game. Axes could be higher in this list if they were faster weapons, but their slow attack speed makes them languish behind as compared to weapons like the Sword. The Axes shine the brightest when it comes to Frenzy, providing the vampire with temporary buffs to both movement and attack speed. This gives players the burst potential they need to take down stronger enemies.

Coming to the first of the three best weapon types in the game: the Spear. Spear-type weapons are excellent in combat, with high damage and fast attack speed stats ensuring a good combination of offensive power. The only shortcoming of the Spear is that the weapon is clearly created to take on enemies one at a time, making it ineffective against groups. Thankfully, the Thousand Spears ability somewhat mitigates that weakness when it is used.

The position of these last two entries is quite interchangeable based on the playstyle. Slashers are perfect for players that enjoy high-speed melee combat. They do not deal as much per-hit damage as the other weapon types do, but their extremely fast attack speed more than makes up for it. The Camouflage ability is perfect to evade and set up sneaky kills while the Elusive Strike helps clear out waves of enemies quickly.

Arguably the strongest weapon type in this meta, the Sword is good for just about anything. Sword users take down enemies in one on one combat with Shockwave as well as swathes of enemies with their AOE swipes and abilities like Whirlwind. Being the first weapon that players acquire in the game gives them enough time to practice and perfect this one. Sword users are constantly in competition with Slasher users for superiority and bragging right. The strengths between both of these weapon types are incredibly similar, but we will have to give a slight edge to the Sword class over Slasher, making them the S-tier pick.