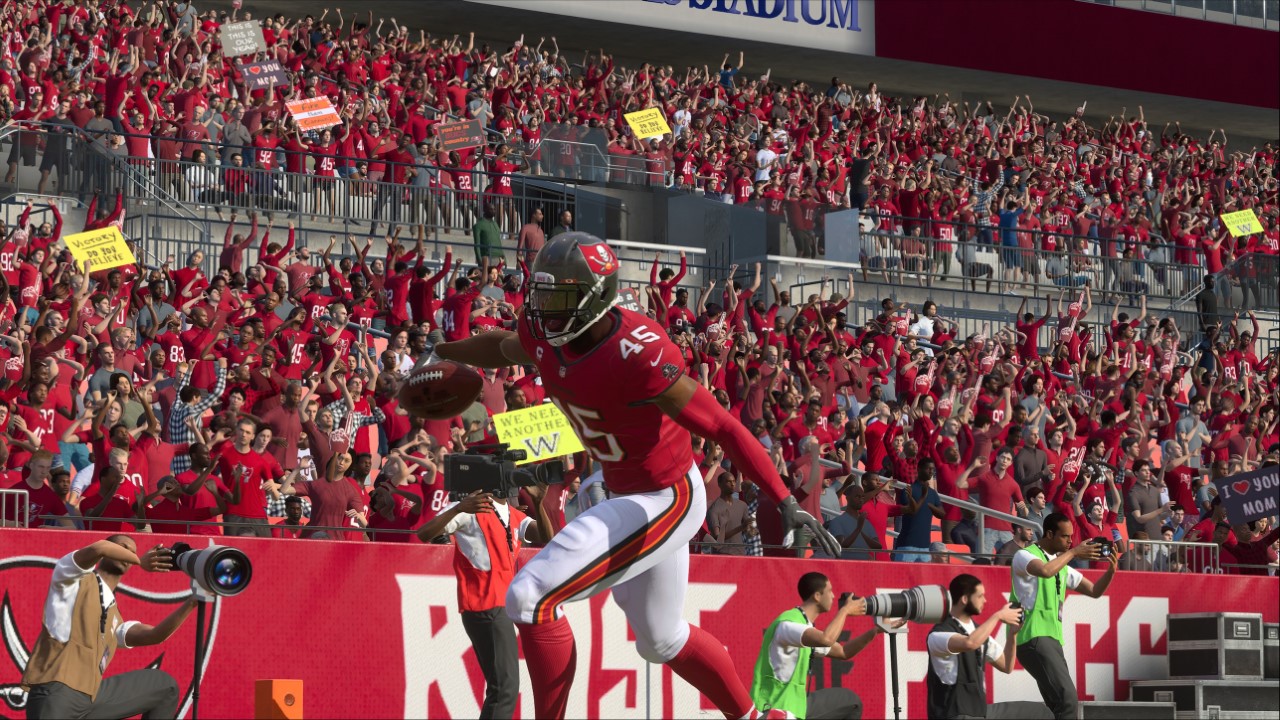 When it comes to the Madden franchise, picking the right team has always been crucial to winning. Choosing teams based on preference, for instance, can put players at a disadvantage from the start, as Detroit Lions fans can attest. Here are the top five ranked teams in Madden NFL 22 if you’re looking to win.

Unsurprisingly, the defending Super Bowl champions top this list. Led by Tom Brady, Tampa Bay returns their entire starting 22 from last season’s championship team and has playmakers at every position group. While not as flashy as other teams, playing with the Buccaneers will give players the best shot at winning.

The team with the best offense in the NFL checks in at second in Madden NFL 22’s team ratings and for good reason. Led by Patrick Mahomes, there’s no shortage of offensive firepower when running the Chiefs. Travis Kelce, Tyreek Hill, Clyde Edwards-Helaire, and Mecole Hardman are all threats to take the distance on any play and Kansas City shored up its biggest weak spot—offensive line—to ensure Mahomes stays upright.

Led by a dynamic playmaker at quarterback in Lamar Jackson, the Ravens might be the most fun team to play with on this list. Utilizing RPO and option plays with Jackson feels more like old-school NCAA Football than Madden. Pairing Jackson with speedy wide receiver Hollywood Brown and workhorse running back JK Dobbins gives the Ravens an offensive three-headed monster that can confuse the opponent with the threat of run or pass.

The Cleveland Browns have the fourth-highest rating just four years after going 0-16. Thanks to an influx of talent over the draft and free agency the past few seasons, Cleveland looks like an elite contender heading into Baker Mayfield’s fourth season and Mayfield has an incredible amount of talent at his disposal. Nick Chubb is one of the best running backs in the entire game, and Odell Beckham Jr., Jarvis Landry, and Donovan Peoples-Jones make up one of the game’s best-receiving corps. Pair that with a defense led by Myles Garrett and the Browns are going to be a tough team to take down.

Led by young star quarterback Josh Allen, Buffalo should continue to find itself on this list for years to come. Stefon Diggs gave the Bills and Allen the number one target they’ve both desired since the quarterback’s arrival in 2018. Allen has a rocket arm and Diggs is a precision route runner—a beautiful combination in Madden NFL 22. Running back Devin Singletary provides a threat on the ground to keep the defenses honest, but throwing 70-yard bombs with Josh Allen is the best part of playing with Buffalo.