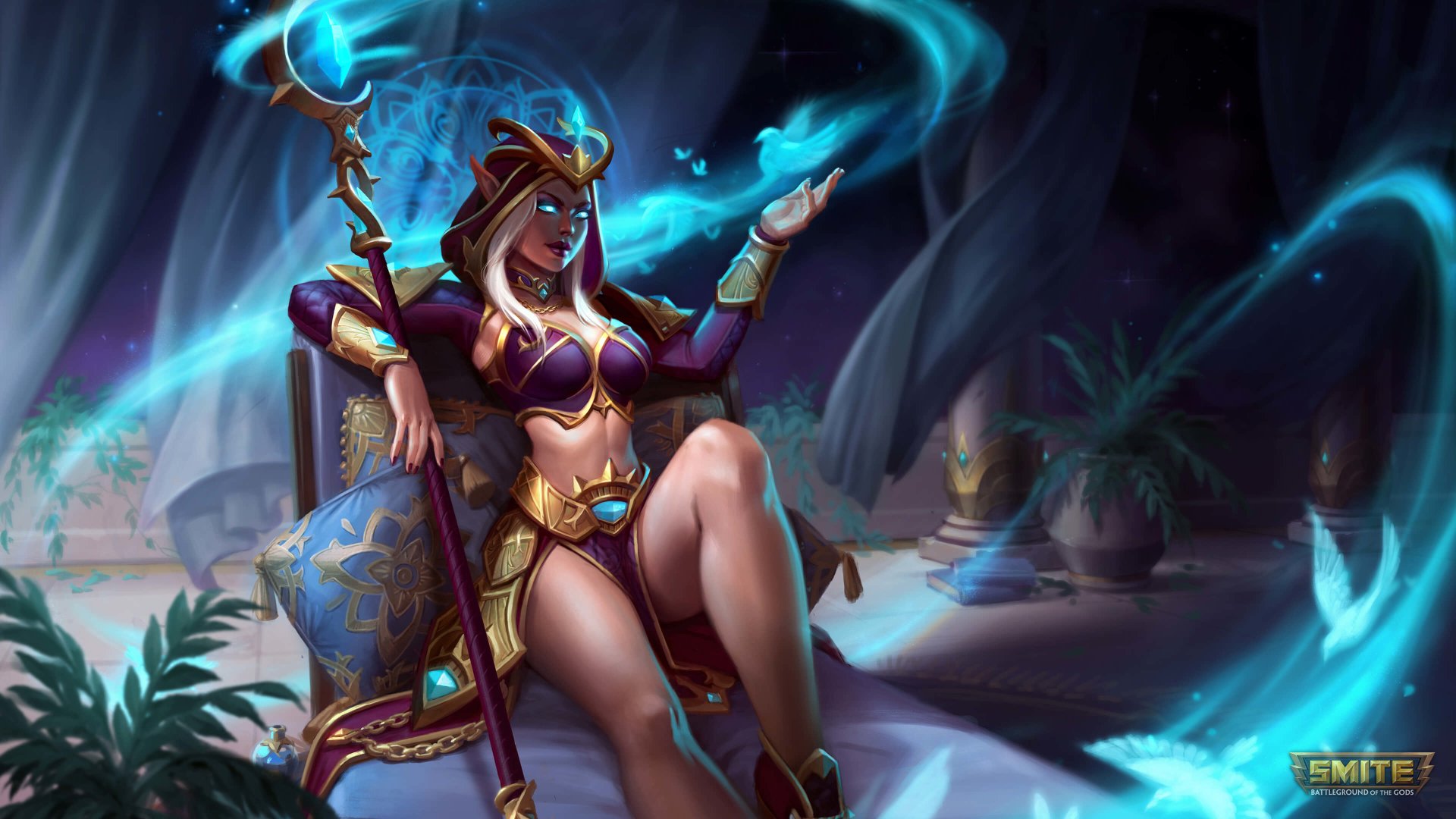 Aphrodite is a mage who scales well into the later stages of the game, while also having a counterable early game in SMITE. She has a powerful kit with plenty of single-target burst or area-of-effect (AOE) attacks as needed. While she can be flexible and played in multiple roles, she finds herself working the best in the mid lane.

By farming alone and getting your core items, you become either a strong burst mage or a useful utility-oriented mage-support. It’s up to you to decide on how you want to build and the most important aspect is to always adjust according to the current game plan.

Here is the best Aphrodite mid lane build in SMITE.

Skill order: R>E>W>Q. You want to max Love Birds (E) first because it helps you clear waves and improve the heal for yourself and allies. On top of that, it can be used to zone out enemies quite effectively. Back Off! (W) should be maxed second due to its AoE potential, especially when combined with your E. Kiss (Q) is maxed last due to its single-target potential only, losing in utility compared to W or E.

You want to start with Warrior’s Blessing, Healing Potion, and Multi Potion. On top of that, the fourth item is adjustable between either Druid Stone or Imperial Helmet depending on what sort of laner you’re facing. Warrior’s Blessing will allow you to gain back health and mana to prolong your laning phase.

The three core items you want to acquire are Shoes of Focus, Stone of Fal, and Lotus Crown. The first will enhance your mage capabilities by giving you magical power alongside cooldown reduction. The other two items will boost your defensive stats, while also giving additional magical power. This will ensure that you don’t get blown up before you can unleash your crowd control and devastating amount of AoE damage in fights.

For your late game there are plenty of viable options, but you need to adjust your build depending on the game situation. If you have plenty of gold and are the primary carry of the team, aim to acquire as much magical power offensive items as you can. A couple of examples are Gem of Isolation, which will slow down enemies hit by your abilities. or Rod of Asclepius to bolster the healing down to your allies.

If you want to play a more utility-oriented game style, you can aim to get cooldown reduction alongside movement speed to ensure that you’re as mobile as possible. Always aim to adapt your build to your team’s needs. Even if the item doesn’t grant magical power, if the effect can save you from enemies, aim to acquire it. One good example of such an item is Winged Blade, which nullifies compositions that rely on slowing you down.

Early on, you’re quite vulnerable until you get your skills and can be punished by most mid laners. But that will stop once you get to level three and have access to your abilities. From there on, you can start clearing waves and punishing the enemy if they get too close.

As the game progresses and you get your first core items, you can fully clear waves and then look to roam to the enemy jungler or other lanes. Ask your jungler to give you blue buff to ensure that you are free to poke the enemy as much as you want to get a tempo lead.

Once the game is settled and transitioning towards the late game, adapt your build to your team’s needs and be with them for upcoming fights. While farming is great to ensure that you get your items faster and levels, it’s important to be there for your team as well when they need you. If you have a full build, aim to sell your boots and buy an Elixir of Speed to permanently increase your movement speed. Then buy another damaging or utility item.

Your utility is unmatched and can be the difference between a won or lost teamfight. Look to use your ultimate on allies who are dying to ensure they’re invulnerable to damage and can either escape or get that final blow on the enemy. For your basic abilities, try to land them in choke points to deal as much damage as possible.