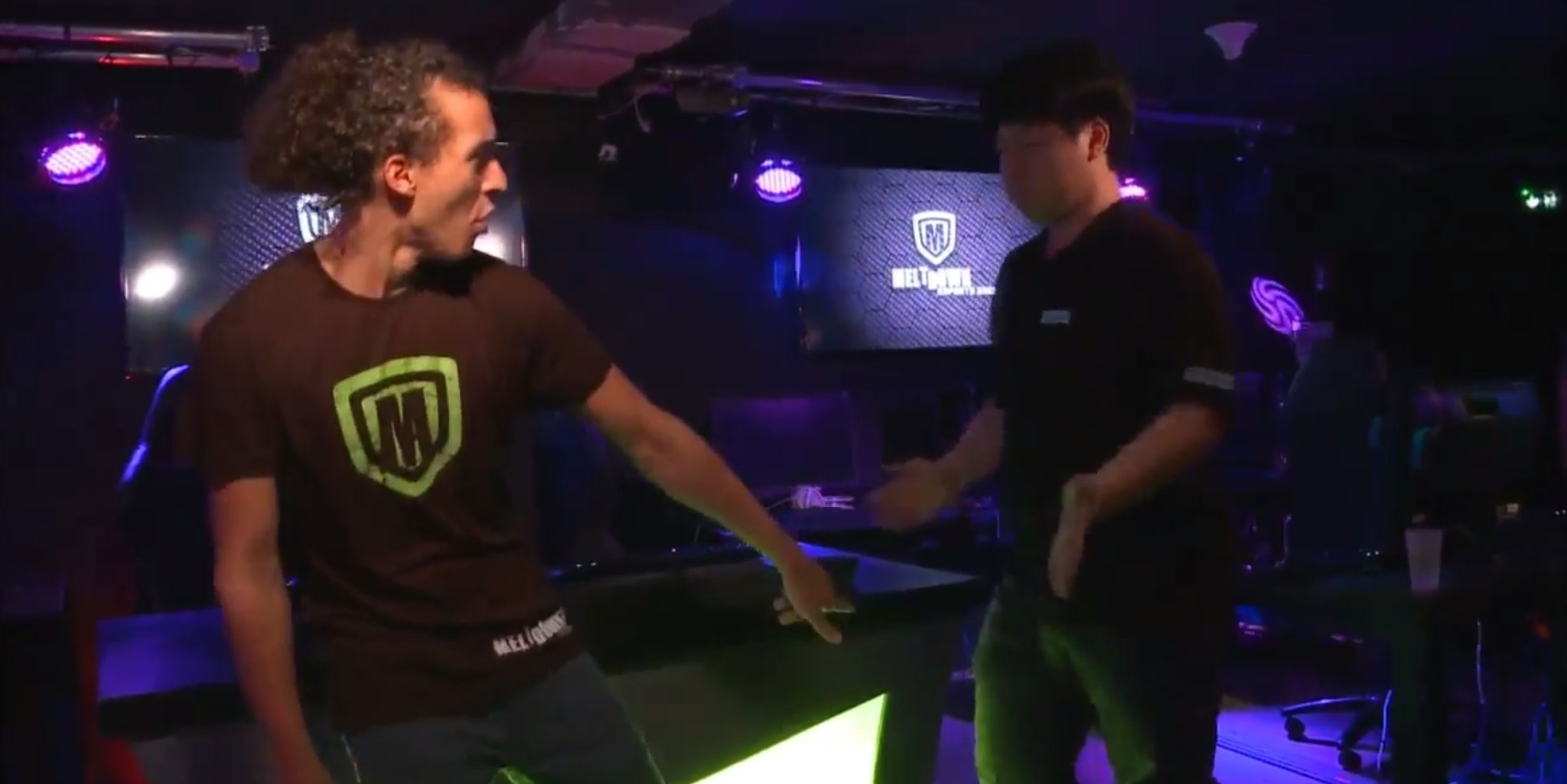 The two biggest characters in Starcraft 2 went at it yesterday in a wrestling-style throwdown at the Meltdown esports bar in Paris.

Infamous partier and Zerg genius Ilyes “Stephano” Satouri had earlier challenged Protoss legend Jang “MC” Min Chul, the highest earning Starcraft 2 pro ever, in a fiery Twitter conversation. Jang answered the call, and met Satouri on his home turf in Paris for a contest that included “skill, style, and hype.”

“After years of friendship, Stephano, 21, recently showed to the world that things were not going well with the 23-year-old Korean Protoss.”

“‘This is not a game’, Stephano said when asked about the violence in his tweets.”

Except well, when it is. A game of Starcraft. Satouri took home the “skill” portion of the event, using his swarm hosts to beat the Protoss 3-2 in a best-of-five series.

But Jang was the hands-down winner of the “style” category, thanks to his smooth moves in the dance off.

That left “hype” as the tiebreaker, a drink selling competition. Each player had a signature shot mixed up special for the event, and whichever sold the most took home the prize.

Meltdown managed to sell more “Stephano” shots, comprised of vanilla and black vodka, than the “MC” counterpart, featuring mango and rum, by a tally of 94 to 78. Perhaps due to the homefield advantage?

The two players set up their tango at the end of June, when Satouri called Jang out on Twitter in a conversation that was almost as fun as the festivities themselves.

@MD_Stephano in your dream? or your hope?

@MCtoss2 hmm honey instead of debating on who has the biggest, why not settle this on the battleground ?

@MCtoss2 I’ll tell you when and where. Gonna get your butt kicked !

Satouri had some right to talk that way, as the last time the two met he really did kick Jang’s butt, beating him 2-0 in the WCS S2 EU Premier. That was the only time the two have met in a major tournament since the release of the Heart of the Swarm expansion, at least until now.

The 3-2 win for Satouri brings the two’s all-time map record against against each other to 16-13, in favor of the Zerg.

Of course that’s small consolation, when you get embarrassed in the dance off.