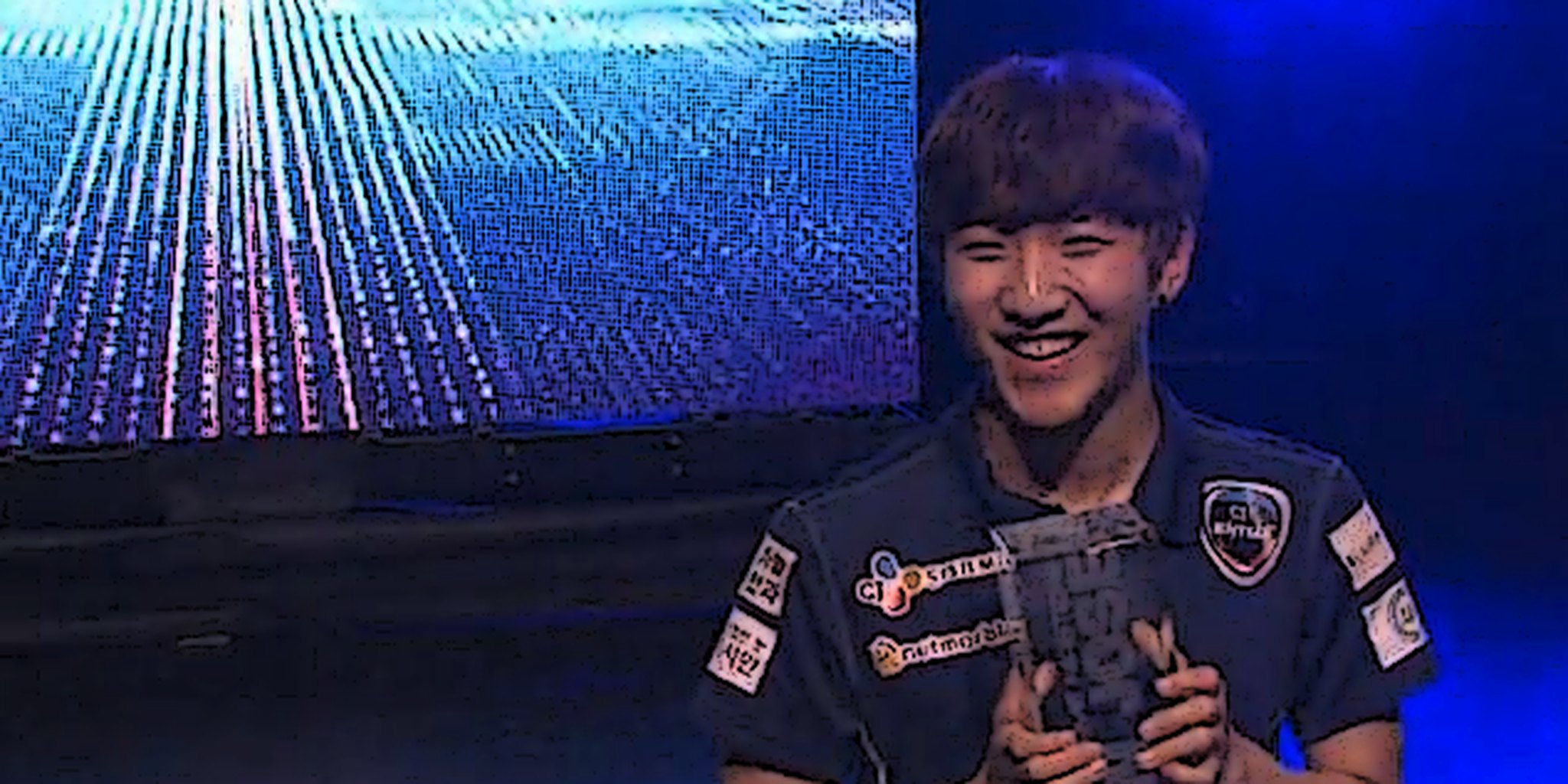 Kim “Hero” Joon Ho was down in the final, but not out.

The Intel Extreme Masters Series came to San Jose, Calif. over the weekend and brought with it a premier StarCraft 2 tournament. Kim came in looking to shake off a pair of recent close flirtations with titles, finishing as runner-up at the KeSPA Cup and third at DreamHack Stockholm in September.

Kim had an easy run through the group stage before hitting stiff resistance in the playoff bracket.

The Protoss player was forced into a decisive fifth game in a best-of-five quarterfinal series against the world’s top international player, Jens “Snute” Aasgaard. After another five-game win over a top Zerg player, veteran Lee Jae Dong, in the semifinals, Kim faced off with a fellow Korean Protoss in the grand final.

Kim’s last two opportunities to win a title in a best-of-seven series had both come against other Protoss players, and in each case he had come up far short, losing four games to one.

Now facing former Starleague champion Jung “Rain” Yoon Jong, Kim found himself staring at the possibility of this series going just as those two had. After winning the first game, Kim lost the next three in a row, putting him down in a three games to one hole.

But Jung wasn’t able to finish the series. Kim answered Jung’s three-win streak with three wins of his own, giving him a four-games-to-three series victory.

The last game was a wild one, with an air-to-air Phoenix exchange transitioning to a more traditional land battle. An early advantage for Kim forced Jung to produce a number of units that would be of little use in the game’s mid-to-late stages, and this resulted in an imperfect unit composition that would come back to bite Jung as Kim made his victorious push.

The championship was a record third in the Intel Extreme Masters series for Kim.

Aasgaard was again the most successful international competitor at the event. He overcame both Bang “True” Tae Su and Chris “Huk” Loranger before losing in five games to the event’s eventual winner.