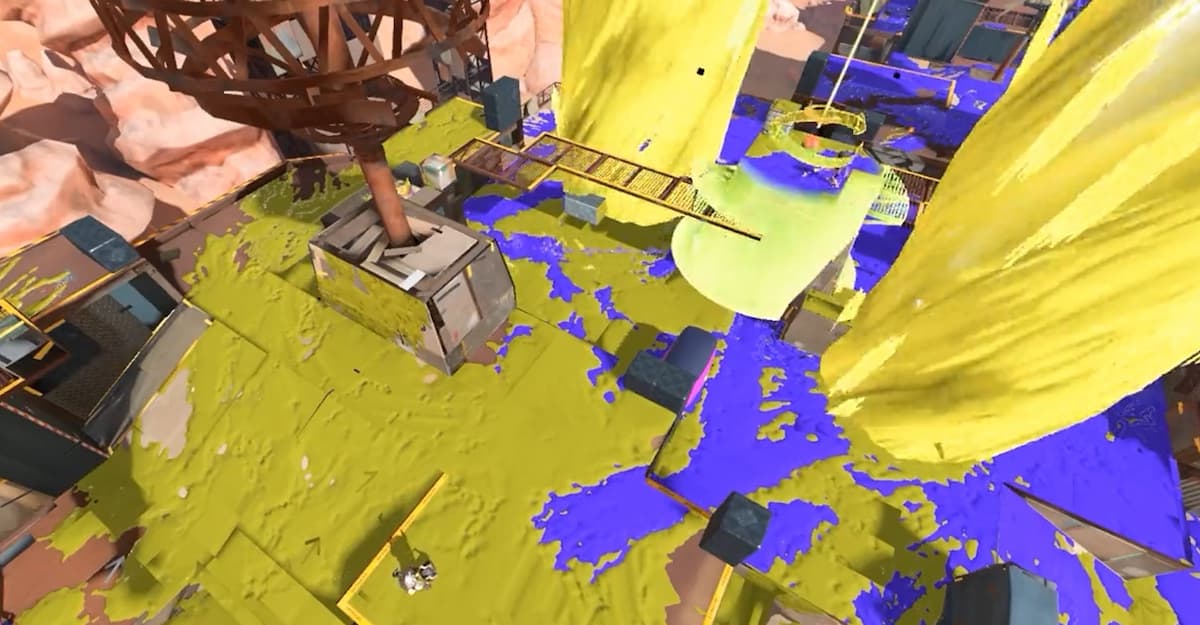 Nintendo has started to roll out daily news updates to give fans more information about various items, features, and weapons that are going to be included in Splatoon 3 when it launches for Nintendo Switch on Sept. 9.

One of these new reveals is another modified version of a classic Splatoon weapon, the Triple Inkstrike.

The original Inkstrike was a special weapon from the original Splatoon that launched a missile at a selected area and created a large damage area upon impact. It would also warn players it was going to impact, giving players at least a little time to react and try to get out of the area of effect before detonation. It also used the Wii U’s GamePad as part of the controls.

Splatoon 2 did not bring the Inkstrike back, with the Tenta Missiles multi-shot weapon essentially replacing it, but Splatoon 3 is giving it an overhaul.

The Triple Inkstrike takes the original weapon’s concept and adds some of the Tenta Missiles’ mechanics too, increasing the launch speed and using multiple projectiles instead of one. The three missiles can detonate at different intervals and have the ability to select different targets. This gives players the option to strategically space out their Inkstrike at multiple places to provide more coverage or spacing, or the ability to focus on one area and emulate the original Inkstrike’s bigger impact area.

This approach is something Nintendo and its first-party developers tend to take for some of the company’s bigger releases, and Splatoon fans have experienced similar news cycles for the previous games in the franchise.