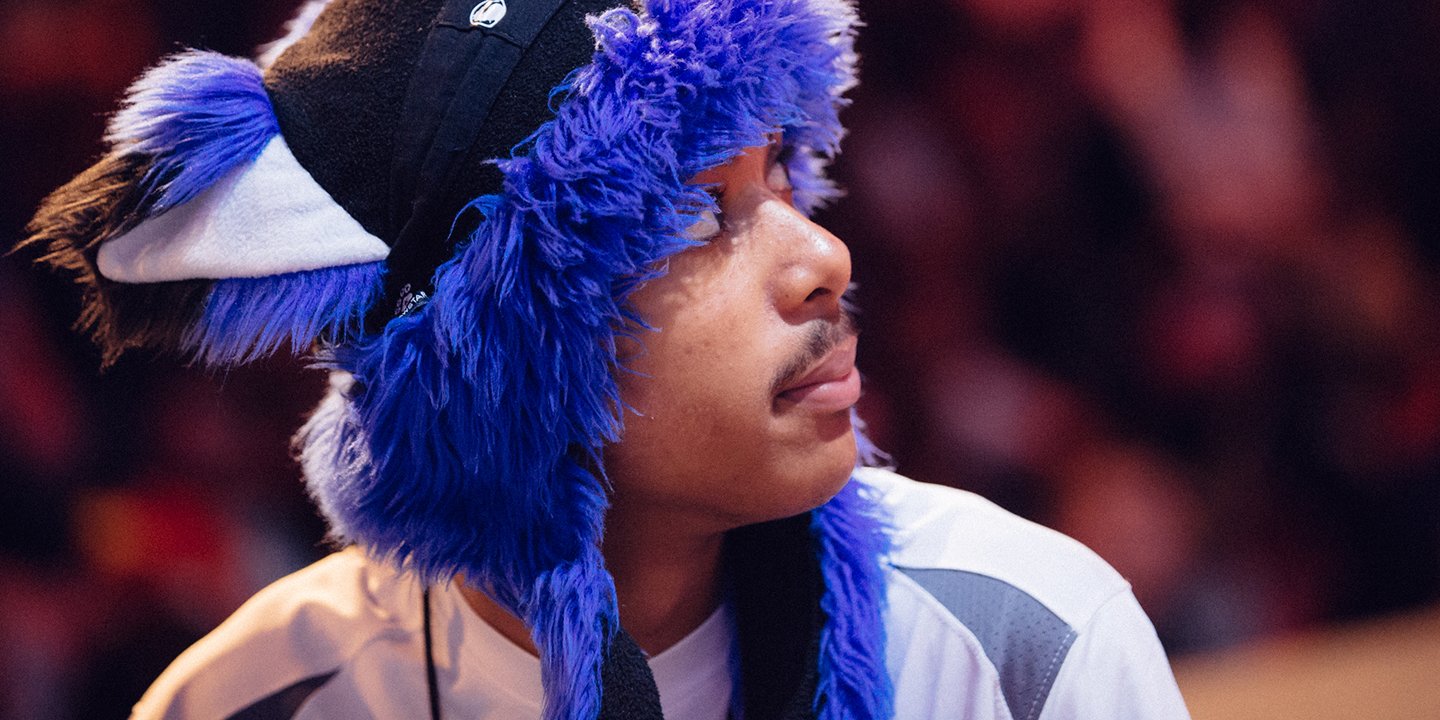 There was just one problem: Someone forgot to tell SonicFox.

Over the past 12 months, the 18-year-old SonicFox has now won the four largest cash prizes in the history of Mortal Kombat and four of the six largest prizes in fighting game history. He won $60,000 for his victory at the Pro League’s first finals in July, then took home nearly $37,000 the following week at Evo 2015. He won another $60,000 for his Season 2 Finals victory in January, then netted $75,000 on Saturday.

According to esportsearnings.com, his total Mortal Kombat winnings over the past year exceed $240,000.

His most recent prize is the second-largest in fighting game history, behind only the $120,000 prize won by Street Fighter player Inoue “Kazunoko” Ryota for his win at Capcom Cup 2015. Capcom has announced plans to award another $120,000 to the winner of this year’s Capcom Cup.

Despite all of his previous success, a third ESL title was far from a guarantee for SonicFox.

The air of invincibility that SonicFox had heading into the Season 1 and Season 2 finals didn’t appear to be quite as strong heading into Saturday’s championship. After winning the first three weeks of competition, SonicFox failed to reach the semifinals in any of the final five weekly tournaments. He fell short of the top North American seed for the first time, losing the spot to Brad “Scar” Vaughn. He then finished fourth at Combo Breaker behind three finals participants; Weiminh “Red Raptor” Lam, Alex “Hayatei” Dude-Bilodeau, and champion Denom “A F0xy Grampa” Jones.

But in the end, the king retained his crown with relative ease.

“I actually had it in the bag the entire time,” said the jubilant champion in an interview after the grand final. “Looking at the bracket, there were a lot of major threats like Scar, Dragon [Ryan Walker], and Hayatei all on the other side that could have [taken] me out easily. However, me getting the second seed was actually to my benefit because all I had [in my side of the bracket] was F0xy who I was scared of on my side.”

His path to a three-peat began with a 3-0 win over Andrea “Crathen” Cavaleri. He followed that win with a 3-1 victory over Jose “BeyondToxin” Contreras, a 3-1 win over F0xy in the winners’ semifinal, and a dominant 3-0 win over Critical Reaction teammate Dragon in the winners’ final. A 5-3 victory over F0xy in the grand final brought a close to both the tournament and to any hopes of crowning a new champion.

This was not the first time SonicFox and F0xy faced off with a major championship at stake. The two had previously met in the grand final of Evo 2015, and just like their meeting on Saturday, SonicFox had the advantage of qualifying for the final from the winners’ side of the bracket. F0xy won their first set by a 3-2 margin, but SonicFox won the second set 3-0 to secure the title.

F0xy entered this tournament as the top European seed for the third straight season, but this was by far his best performance. F0xy’s second-place finish, the highest ever for a European player at the event, earned him a $45,000 payday.

Dragon, also of Critical Reaction, took home $30,000 for his third-place finish. The 17-year-old reached the winners’ final with strong Tarkatan Alien play, but he had no answer for his teammate’s Acidic Alien. He then squared off with F0xy in an epic losers’ final that went 3-2 in F0xy’s favor.

Scar, last season’s runner-up, placed fourth and took home $20,000. Scar raced out to a 2-0 lead in the winners’ semifinal against Dragon, but could not close the deal and lost the set 3-2. After a victory over Red Raptor, Scar went on to lose to F0xy in the losers’ semifinal.

Red Raptor and Hayatei tied for fifth place and took home $10,000 a piece. Martin “Madzin” Niedziela of Germany and Justus “Jupe” Hyytiäinen of Finland tied for seventh and earned $5,000 each. Jupe was one of the tournament’s biggest surprises, as he had been a last-minute replacement for Vladislav “Vladee7r” Rladzikov, one of three Russian players who could not attend the event due to visa or passport issues.

The performances of F0xy, Madzin, and Jupe represented the strongest showing for European players in the history of the competition, as three Europeans among the top eight finishers was a Pro League record. This was despite a rough start for the European contingent, as they lost six of their eight first-round matches. European players recorded a combined 8-13 record against players from North or Latin America.

Europe’s strong showing came despite the early exit of the continent’s best performer from last season’s final. Austria’s Christoph “St9rm” Mühlberger, who finished fourth in the Season 2 Final, won just three rounds on his way to an 0-2 finish. He lost convincingly to Red Raptor in the opening round, then lost to one of the surprises of the tournament, Chile’s Jorge “HeeyGe0rge” Castro. St9rm trailed HeeyGe0rge 2-0 when, after splitting the first two rounds of game three, St9rm’s controller malfunctioned. By rule, he forfeited the round—and thus the set—bringing a disappointing run to an end.

HeeyGe0rge, who was the first Latin American player to reach the finals, tied for ninth place with Luke “IrishMantis” Kearns of Ireland, BeyondToxin of the United States, and Nikita “Sakr0n” Korenkov, the sole Russian player who was able to make the trip to Burbank.

St9rm was joined in the 0-2 club by fellow Austrian Bojan “Boki” Jovanovic, Carl “PerfectLegend” White of the United States, and Crathen of Italy.