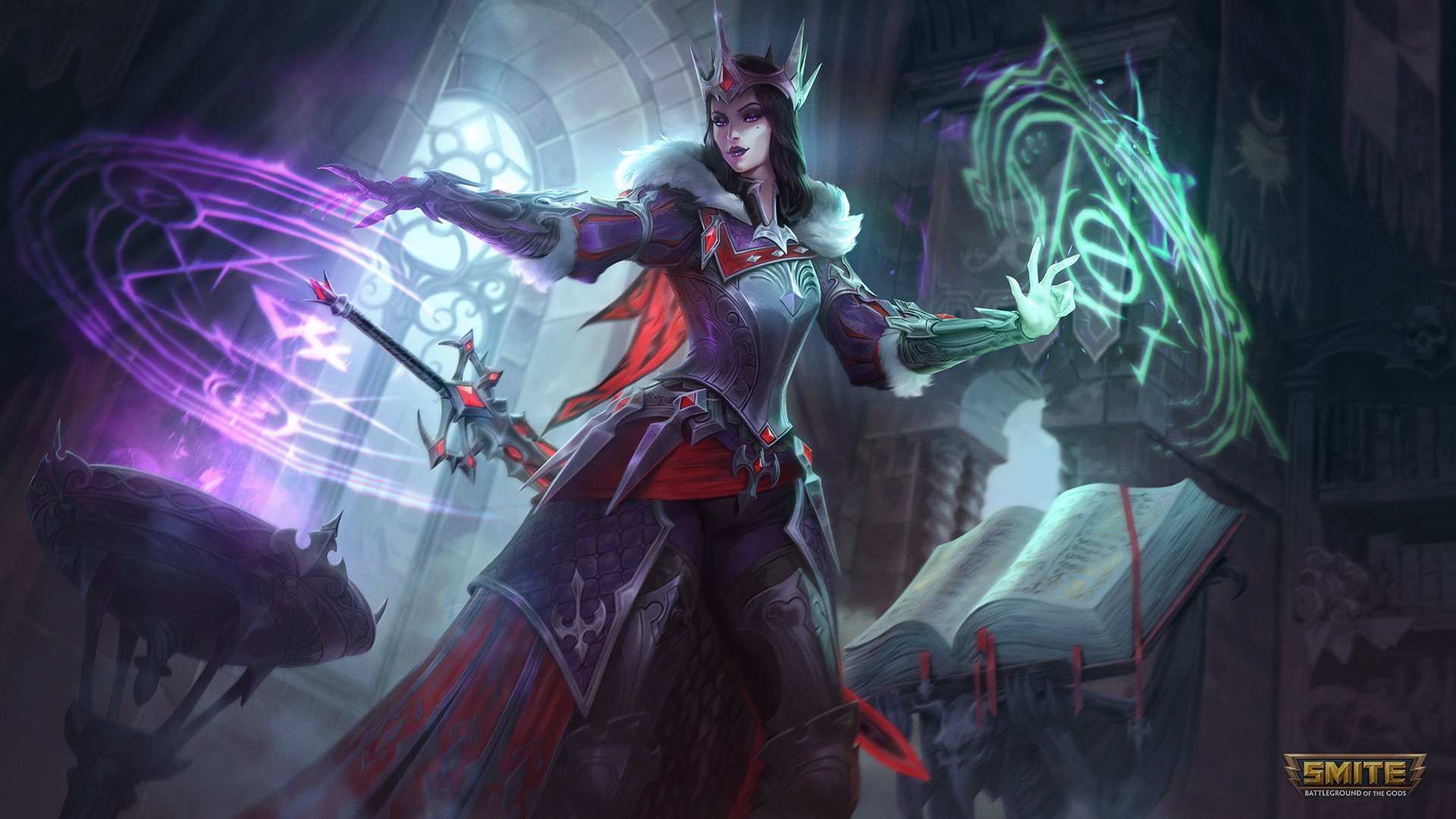 The wait is over, divine deities. The Dark Enchantress, Morgan Le Fay, is now live in Smite.

If you’re even remotely familiar with the Arthurian Legend, odds are you’ve heard of Morgan Le Fay. One of the most feared witches in all of legend, Morgan Le Fay has been said to topple kingdoms with mere words. And now, she’s arrived to bend the Battleground of the Gods to her will.

Starting today, Morgan Le Fay will be playable in Smite. Morgan Le Fay is a mage character, which means you’ll likely see her in the mid lane. Get ready for some lore-centric Morgan Le Fay vs. Merlin matchups if you head into conquest this week. Le Fay’s abilities make use of a magical sword and dragon that she has at her command.

You can check out the full patch notes to see Le Fay’s kit in detail, but to summarize, she’s described as an artillery mage. Le Fay has tons of burst damage, as well as some CC built into her kit. Le Fay’s primary weakness in the mid lane will be that she has no escape. If you can get on top of Le Fay, maybe even alongside your Jungler, it’ll be very difficult for her to get away.

You can head over to Smite right now to check out Morgan Le Fay for yourself. Have fun dominating the mid lane.