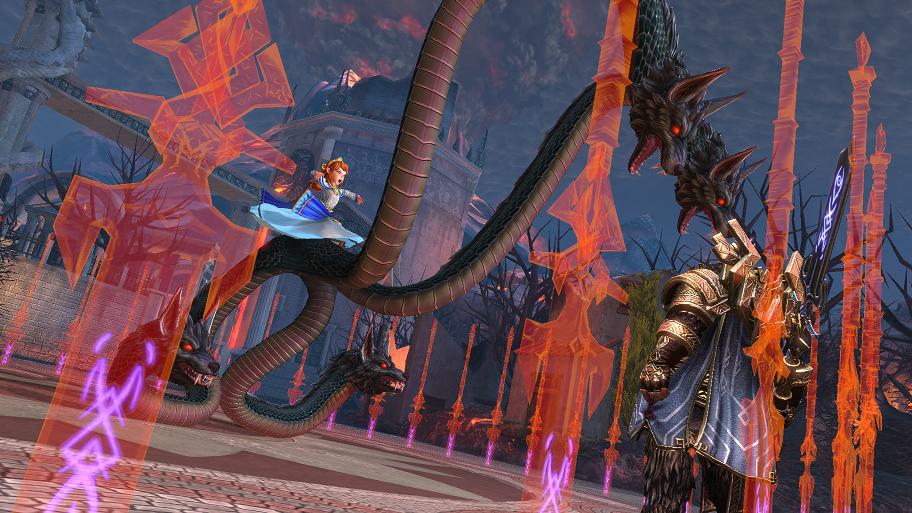 One of the biggest titles in the battle arena genre is coming to another platform.

Smite became the largest MOBA to hit the console platform last year when developer HiRez Studios took the title to the Xbox One. Now the game is coming to another platform—the PlayStation. Today Smite entered Closed Alpha on the PS4.

Smite pits two teams of five players each playing as one of 70 plus gods pulled from various pantheons from around the world. The MOBA features similar gameplay to League of Legends and Dota 2, but with a twist that makes it uniquely suited for console play: you control your character’s movement with the keyboard similar to a third person shooter instead of pointing and clicking.

If you’ve got a PS4 and want to check it out, make sure to opt-in to the alpha.

The free-to-play game will stay that way on the PlayStation. New players will gain access to a rotation of five of the pantheon’s gods for free, but players can unlock all present and future gods by purchasing a $29.99 Founder’s Pack, or the similarly priced Ultimate God Pack when the game is released on the platform. The Founder’s Pack also includes the exclusive “C4codemon” skin for the Norse god Ymir. Players who link their PS4 accounts to their HiRez accounts will receive another exclusive skin, Odin’s “World Collide” model, and PS Plus members will receive Kulkulkan’s “KuKu4.”

The Smite formula seems to be working on Xbox, as HiRez just revealed plans to put up $450,000 in prizes for an esports circuit centered on the platform. Just don’t expect the PS4 to be included just yet. HiRez currently has no plans to support cross platform play, and it’s too early to include the PS4 on a console circuit. But if the demand is there, as it was on Xbox, Smite may have an esports future on more than two platforms.

For now, though, fans of Sony’s console will likely be content to jump into a new genre on their platform of choice.