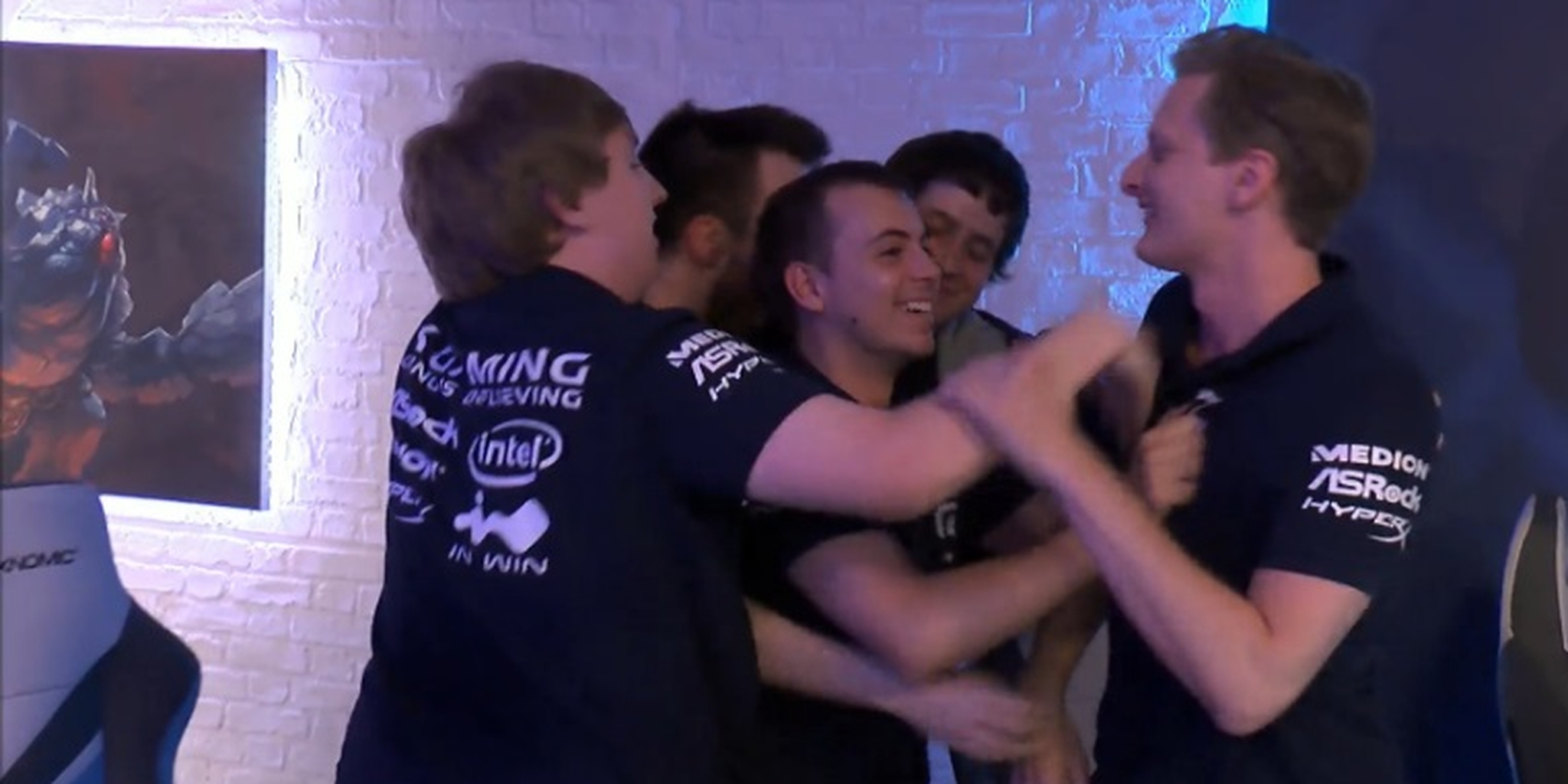 SK Gaming wasn’t supposed to be here. They qualified for the Smite Pro League—and, by proxy, the $50,000 Smite Pro League Kickoff event this weekend—by the skin of their teeth. But now SK Gaming will enter the Pro League as champions of the kickoff tournament.

The final Smite Pro League (SPL) qualifier was a nightmare for SK Gaming. They lost to IIIII, their closest competitor, putting IIIII just one win away from qualifying and leaving SK Gaming outside of the SPL. But Team Coast did SK Gaming a favor and beat IIIII, putting that team into a tie with SK Gaming. And SK Gaming wouldn’t blow their second chance, winning the tiebreaker against IIIII to earn a spot in the SPL and an appearance at the European SPL Kickoff event this weekend at the Electronic Sports League studio in Cologne, Germany.

It was an unlikely road to the tournament. Almost as unlikely, perhaps, as SK Gaming’s run to the championship. SK Gaming won the event by taking down the top seed Cloud9 and the team who helped them qualify, Coast, turning the massive underdogs into champions.

SK Gaming did it with an MVP performance by jungler Joakim “Zyrhoes” Verngren. Against Cloud9 in the semifinals, he put together a 11/2/21 KDA line while sweeping the series in two games. It was a bit of revenge for the SK squad. After a disappointing finish at the launch tournament, Cloud9 rebuilt their roster by taking top talent from other teams, including former SK solo laner Gregor “EnQu” Rudolf.

That led to the finals, where Verngren’s play became the story of the tournament. After dropping the first map, SK Gaming powered ahead thanks to Verngren’s secret weapon: Thanatos, the Hand of Death, a rarely played jungle god due to his weak late game.

But that didn’t stop Verngren or SK Gaming. Thanatos’ Verngren lived up to his billing as a god of death. He put up a 12/3/10 KDA line, participating in all but two of his team’s 24 kills.

The next game Verngren only put up a 3/4/11 KDA, but it was enough to pull SK Gaming ahead early and take a 2-1 series lead.

Team Coast would take Thanatos off the board in the next game, an unthinkable respect ban. It’d allow them to tie the series, but in the deciding game, SK managed to take the win with another standout performance by Verngren, this time on Nemesis.

It was an impressive win for SK Gaming, and should give them momentum heading into the SPL, set to begin in August.

Based off qualification points, earned through placement in the ten weekly qualifying tournaments leading up to the Kickoff, SK Gaming was a massive underdog. SK only earned 242 points, less than half the totals of favorites Cloud9 at 635 points and Team SoloMid, winners of the $200,000 Smite Launch Tournament earlier this year, with 620 points. Coast took third seed by pulling in 314 points. To put things in perspective, Team SoloMid won four of the ten qualifying tournaments. Cloud9 won three of them. SK Gaming and Coast? Just one each.

But that didn’t stop SK Gaming at the Kickoff event today. Their success shows that the upcoming Smite Pro League won’t be a cakewalk for favorites Cloud9 and Team SoloMid. Both SK Gaming and Team Coast are legitimate contenders to win one of the two spots available for Europe at the Smite World Championships this year and compete for part of its $600,000 prize.