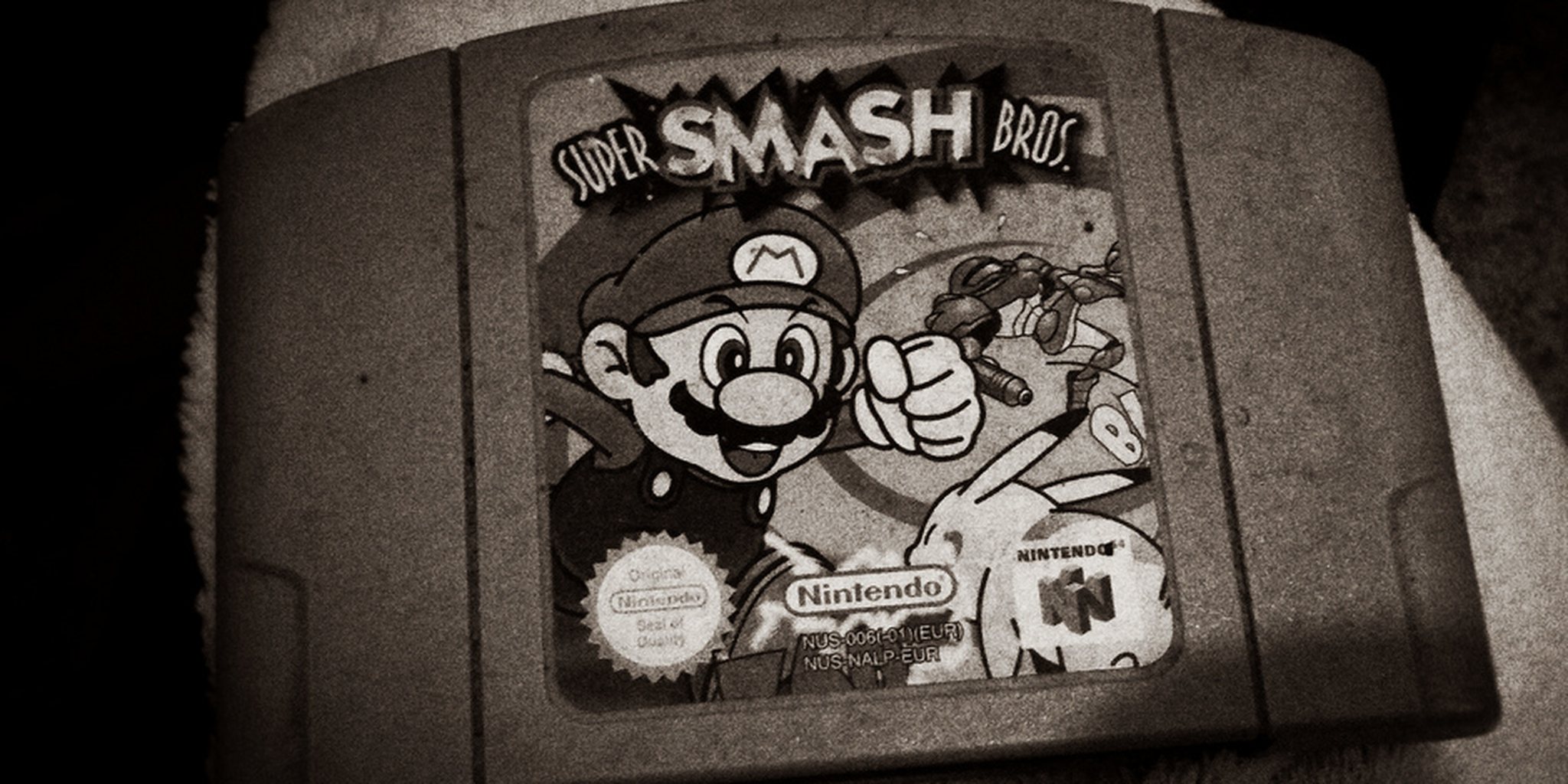 Furious combos, deft precision, and split-second decision-making; these are the trademarks of Super Smash Bros. players.

Yet, despite the skill and community involvement of Smashers (as they are known) around the world, Smash Bros. has struggled to reach the echelons of games like League of Legends or Call of Duty, in no small part due to the resistance of publisher Nintendo.

But Nintendo has recently warmed to the competitive community. And in recent months, major esports organizations have signed several high-level players.

This sudden resurgence in competitive Smash Bros. comes to a head tomorrow, Major League Gaming hosts one of the biggest pools of Smashers in recent memory this weekend.

“The Smash scene has always been steeped in grassroots,” says Wynton “Prog” Smith, a regular Smash commentator. After Nintendo released the first edition of the group fighting game in 1999, and its sequel in 2001, Smash Bros. slowly picked up steam as a competitive title, with its earliest tournaments played in houses rather than convention centers or stadiums.

“We trace our foundation back to 2002,” Smith says, referring to Tournament Go, one of the first-ever pro Smash Bros. tournaments, which community organizer Matt Deezie ran from his home.

To truly place the growth of competitive Super Smash Bros. in context, it’s essential to understand that, much like League of Legends, Call of Duty, and Halo, the movement started small. But comparing “Smash”, as it is often known, to these titles fails to capture what makes the community, and the game, truly unique.

“We didn’t have great online play,” Smith says. “We didn’t have arcade cabinets. We had to go to each other’s dorms and basements to play, so the connection even outside of tournament (was) based on face to face interaction.”

Like many titles before it, this kind of deep-rooted passion for the game was only the beginning. Players and fans alike watched as community competitions grew and fed into major tournaments. Finding its way to the stages of Major League Gaming in 2004 and EVO, the premier fighting games tournament, in 2008, Smash would see heights unimagined by its forebearers. But these times would fall victim to a much larger force than the community itself.

Unlike League of Legends, the greatest obstacle for Smash Bros.’ ascension was not the slow acceptance of the title by a large audience, but the game’s publisher. Nintendo, unwilling to allow public streaming of hallmark tournaments in 2009, made public exposure. That, in turn, made it difficult for players to attain big-name sponsorship difficult.

“It’s tough working on a scene with developer support unless they have a hand in everything,” Smith says. However, without one is even more difficult.”

Viewership would dip as spectatorship was limited to in-person attendees; an imposing challenge for even the most prolific esports titles. The community, however, would keep their heads down and their eyes on growth.

From its inception, however, the community would keep Smashers together, even during the down-years. In 2013, Smash would find its way back to the stages of EVO through fervent community support and captivating competitive play.

Before the tournament started, its organizers launched a promotional fundraiser to determine the titles it would feature, with all proceeds going to charity. Smashers responded with nearly $100,000 in donations, handily winning the fan vote and earning their place with vigor. Smith described this rise in both publicity and enthusiasm as “a crescendo.”

“EVO showed how much heart our scene has, from the fundraiser to fight breast cancer…to everyone battling to make it to that final stage,” Smith says. “Then making it to that stage, people got a second look at the scene, how much we’ve changed and matured from previous years, and how the passion has been consistent all of these years.”

Of course, while Smash’s return to the big stages was surprising, the recent rise in attention, sponsorship, and viewer interest over the past several months is unprecedented.

Team Liquid’s March signing of Ken Hoang and Daniel “KoreanDJ” Jung took the community by surprise, but it would be only the first of a slew of announcements that would rock the scene. In April, Team Curse would sign Juan Manuel “Hungrybox” DeBiedma, followed by Cloud 9, who signed Smash legend Joseph “Mang0” Marquez. Just days later, esports giant Evil Geniuses brought on Kevin “PPMD” Nanney.

But big-time player contracts were only the beginning of a tidal wave of good news. Nintendo would round out April with the announcement of a Smash Bros. invitational tournament at E3 to showcase their new title and the wealth of talent in the community. Nintendo’s change of heart and the remarkable viewership of the E3 tournament has since put Smashers on the edge of their seats in anticipation of what’s to come.

With E3’s action barely fading in the rear-view mirror, Smashers are looking forward to this weekend’s Major League Gaming tournament. Nanney, Zimmerman, Marquez, DeBiedma, and a host of other world-class competitors will bring Smash Bros. action back to the big stage where it belongs.

For new spectators, the event will be one to remember. For seasoned viewers, the competition will stand as a continuing indication that Smash is here to stay, thanks to the community’s resilience and passion.