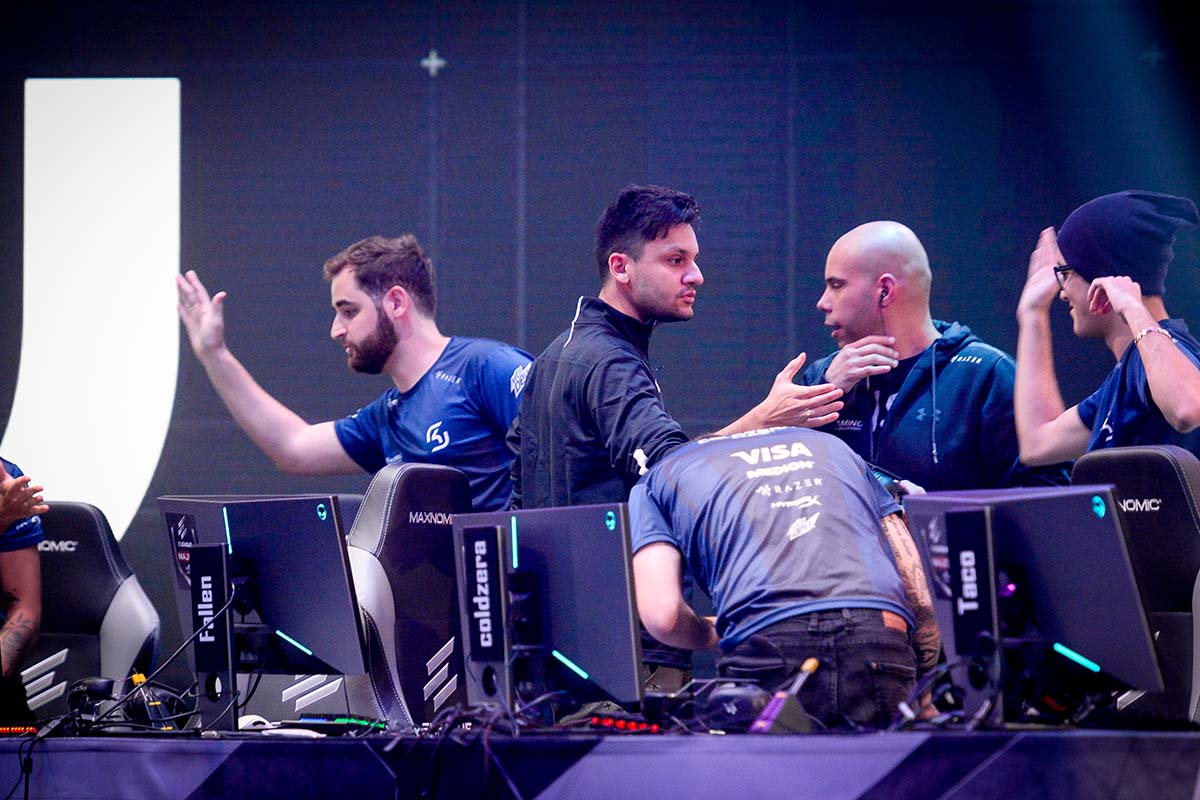 Playing in the final quarterfinal of the event, the series took place across three maps and saw each of them last until the very end. Although this might not have been expected—given Fnatic’s shaky performances in 2017—the Swedes challenged SK Gaming at seemingly every turn.

The most notable game of the series took place in the first map, Inferno. Despite Fnatic grabbing a very convincing first pistol round—much to the credit of Jonas “Lekr0” Olofsson who scored four kills—SK Gaming quickly came back to win the following round.

In fact, the pace both teams set in the opening rounds of Inferno came to define the rest of the series as well. Neither team, it seemed, wanted to give their opponents any opportunity at building a stable economy, and therefore opted to buy both weapons and pistols as often as possible. This led to both teams being consistently punished, as even the winning side suffered major casualties—often making the upcoming rounds must-wins.

While Fnatic capitalized on this initially by winning the first half 9-6, SK Gaming mounted a comeback in the latter half of the map. Forced into an overtime situation, neither team let up their aggression, and Fnatic finally closed out the map in the second overtime.

Akin to Mirage, the opening half of Overpass also proved to be full of action. SK Gaming stood out the most through this period, however, as Marcelo “coldzera” David single-handedly won the opening pistol round by clutching a one-vs-three situation. The team’s legendary captain Gabriel “FalleN” Toledo also impressed in this regard, as he sabotaged at least two of Fnatic’s early rounds—with a Scout.

The series was eventually forced into an extended pause due to faulty player equipment. But after the delay, Fnatic seemed to have recovered from their early deficit, and began stringing a number of rounds together. Even so, SK still closed out the first half as victors.

Fnatic, however, closed in on SK Gaming in the second half, primarily due to winning the pistol round. From there on, veteran Freddy “Krimz” Johansson and lekr0 put up an incredible amount of resistance against the SK Gaming roster.

But despite appearing to have lost all momentum, SK Gaming proved to be just too clutch once again, stealing away Overpass with a 16-14 victory.

The final map of the series, Mirage, proved to be the most chaotic one. Once again, both teams traded rounds incessantly, and ended the first half at 8-7 in favor of Fnatic. Throughout the entire series, lekr0 proved to be indispensable for Fnatic, as the 24-year-old always had a significant impact with both pistols and rifles.

But into the second half, SK Gaming began coming out on top of Fnatic, but only by the slimmest of margins. It did, however, turn out to be just enough for the Brazilian side, as they secured their spot in the ELEAGUE Boston Major semifinals against Cloud9.