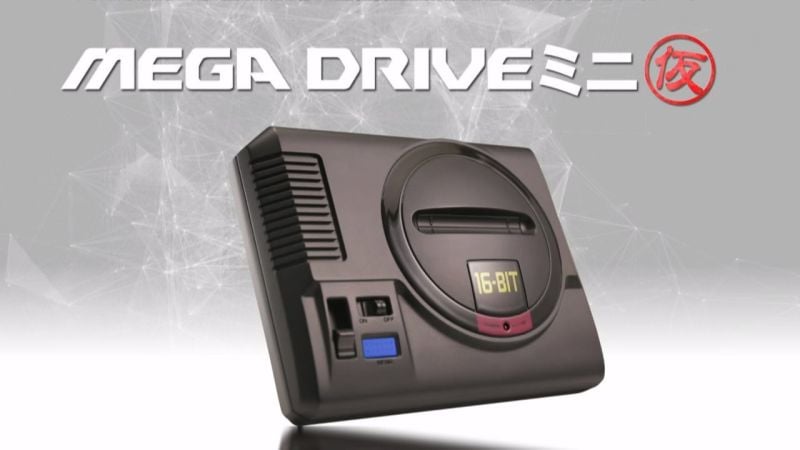 Not much is known about the console at this time, other than the fact that it exists. Sega announced the console late last night during Sega Fes 2018 in Tokyo alongside the news that Shenmue I and II will be coming to PS4, Xbox One, and PC later this year.

The current game lineup is also a mystery, as Sega is expected to announce more about the system, as well as a release date, at another time. The Sega Mega Drive Mini is also only confirmed to be coming to the Japanese market, with a Western release yet to be announced.

Sega isn’t the first company to rerelease some of its titles on plug-and-play machines. Nintendo has earned millions of dollars over the past few years with the release of the NES Mini and SNES Mini around the holiday season, selling a ton of units worldwide.

Western fans shouldn’t be disheartened, however, as Sega has announced that a number of Sega classic games will be releasing on Nintendo Switch sometime in the future. These games will include Sonic The Hedgehog, Phantasy Star, Thunder Force 4 and a host of other titles.

Although there isn’t a lot of information readily available about the Sega Mega Drive Mini, video game enthusiasts are undoubtedly excited for this console’s launch at a later date.