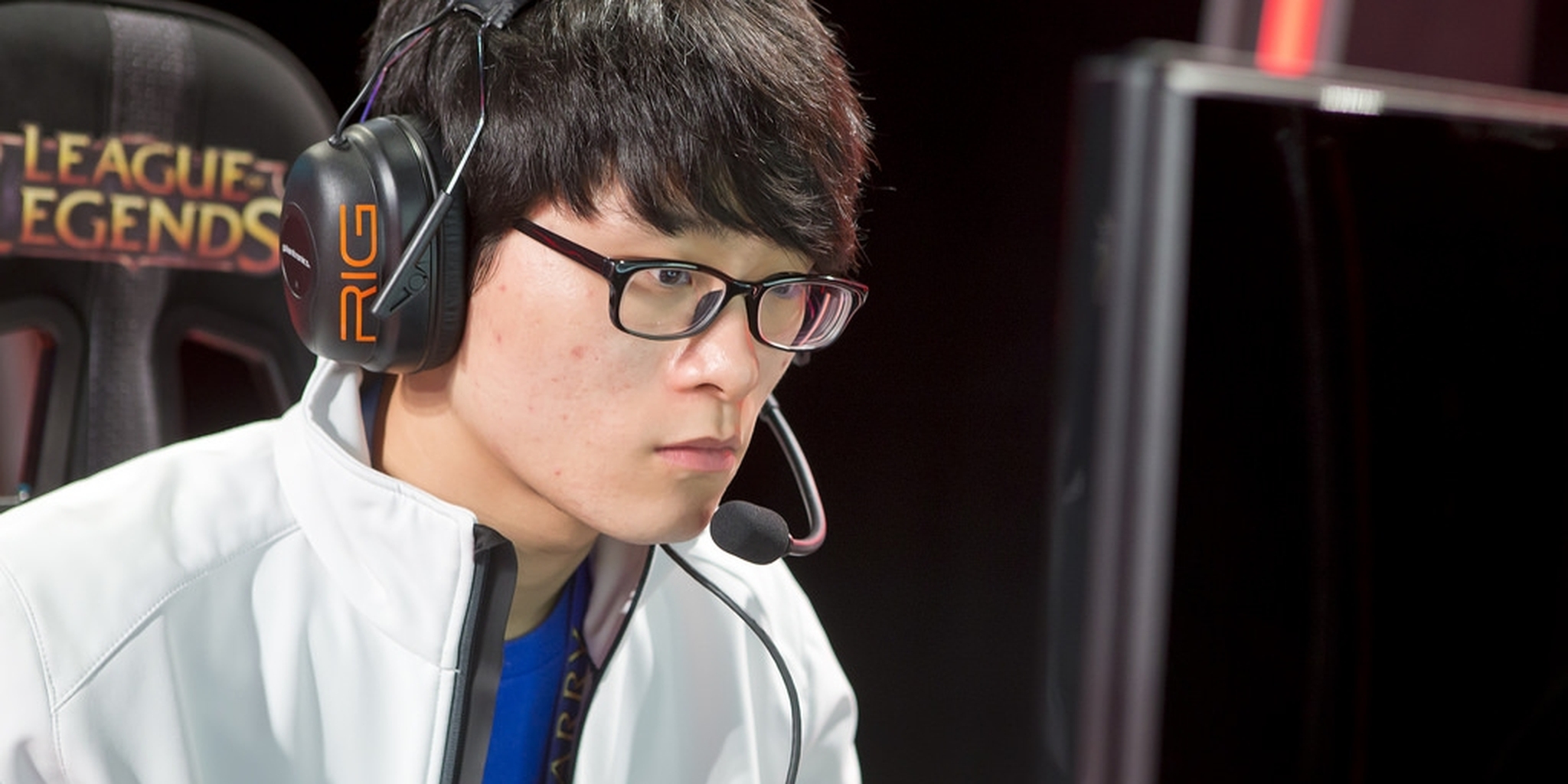 Esports often throws up stories so bizarre and unlikely they make up for the tediousness of all the others. It might not be a match fixing scandal, a business coup d’etat, or threatening a player’s mother, but Team Liquid’s decision to bring in Yuri “KEITHMCBRIEF” Jew ahead of former World Championship winner Chae “Piglet” Gwang-jin is up there. Part unbelievable success story, part spectacular failure, if someone predicted it just a couple of months ago you’d have comfortably diagnosed them with foaming dog fever. Yet here we are.

The hype surrounding the addition of the Korean player to the team formerly known as Curse saw many armchair pundits claiming it was going to be the difference maker in the team’s constant battle to finish higher than fourth. Many even made the lofty claim that it made Curse the strongest team in the NA region, especially given lack of major changes among their chief rivals.

This could potentially be one of the best things to happen for all parties.

When Team Liquid got off to their flying start with the inclusion of Jew, a player who had been a support in his time with Team LoLPro, it only seemed to make people more sure. “Wait till Piglet gets here,” the fans declared. “Then you’ll really see something.”

His performances have only seemed more underwhelming due to this expectation. Winning only two of the six games he’s played, Piglet has yet to exert a truly dominant performance. His high point came against relegation candidates Team 8. While a bedding-in period was expected, the amount of time people were willing to wait has been significantly reduced after Jew’s performances. He stands as a proof of concept, with victories against Team Impulse and high-flyers Counter Logic Gaming, that you should be able to slot a talented AD carry into the line-up and win games.

His success has only served to highlight Piglet’s failings.

Increasingly, the reasons why things haven’t worked out look to center on the player himself. The lengths Team Liquid has gone to in order to help its foreign import settle into the team and life in America can’t be understated. The team brought in two translators in case one should be unavailable. The player has been provided with “cheat-sheet” style glossaries to help break the language barrier, which for the most part he has allegedly been disinterested in achieving. Management has apparently taken Piglet to Korean restaurants to make him feel more at home.

Despite this, there have been rumblings that the player’s “attitude,” for want of a better word, hasn’t quite been in line with everyone else in the Team Liquid camp. Then it happened; Team Liquid dropped him. “Our goal is to improve week to week and under the current conditions, we were not hopeful things would improve,” team co-owner Steve Arhancet said. It was a simple sentence that pointed to underlying problems outside of in-game performance.

While people were trying to figure out the specifics, David “Yusui” Bloomquist, currently contracted to Cloud9, tweeted that the decision was made after Piglet bad-mouthed his teammates during practice. Naturally, this statement was seized upon and was subject to much discussion on social media, particularly Reddit, where many took it as the definitive explanation for what was going on behind the scenes. Team Liquid players denied it. And Piglet’s lane partner, Alex “Xpecial” Chu, went so far as to imply there was no way that Bloomquist could know what happened, as they hadn’t played against his team.

In the end, Bloomquist retracted his statement, deleting the tweet and apologizing. “It had a rumor in it that is probably incorrect and I don’t want to spread that type of thing! Sorry,” he said. Try not to focus too much on the inherent contradiction in that statement, and instead query the motives for the sudden about turn.

The terminally cynical among us, of which I am one, would look at the relationships between Team SoloMid, Cloud9, Team Liquid, and Counter Logic and think it safe to presume they held a conversation about how an organization’s contracted players shouldn’t contribute to the PR difficulties of the others. It’s not a rabbit hole we particularly need to go down, but it’s always worth keeping in mind that while League of Legends has adopted many of the affectations of a sport, a significant part of it remains a carefully constructed marketing exercise from which those with a cooperative spirit can make themselves wealthy—thoughts for another day.

While for the most part a lid’s been kept on what happened, it’s not as if Bloomquist was a million miles from the mark. Piglet may not have said the things that were alleged but, according to several sources, what he did was arguably worse.

This should serve as a reality check.

During a scheduled practice with the current top ranked North American team SoloMid, the coaching staff had set up a specific team composition that they wanted to try ahead of their next fixtures. Piglet, thinking that the team composition wasn’t worth practicing, decided to deviate from the plan and locked in Urgot. At first his team thought it was a mistake and were set to redo the champion select phase. However the Korean player refused. Coaching staff intervened and called practice off for the day. When word got out the jungle drums that echo throughout the professional scene started to embellish the story, not that any additional fabrications were required in order to make it clear that the player was unequivocally in the wrong.

After that conversations were fairly straightforward. The player had to be sanctioned. If Piglet’s performances had been so integral to success, then management might have begrudgingly let it slide. That didn’t happen. The decision to bring Jew back into the team was reputedly unanimous.

Many Korean fans won’t be surprised by this turn of events. There has been talk in its professional scene about Piglet and his merits as a teammate for some time as well. His former support, Lee “PoohManDu” Jeong-hyeon, was jokingly referred to as his “older brother,” as he was able to handle the player and deal with his alleged moods. For Chu, this will all be especially galling given he was one of the driving forces to bring Gwang-jin into the team. It’s easy to forget that Curse passed on bringing Konstantinos “FORG1VEN” Tzortziou, currently the strongest AD carry in Europe “by far,” into the team as soon as the Korean player became an option, with Chu being a vocal advocate of that preference.

“Wait till Piglet gets here,” the fans declared. “Then you’ll really see something.”

Credit to Team Liquid where it is clearly due: A lot of organizations are beholden to their star players, even when the term no longer really applies. Team Liquid has made a tough choice here—one that would leave them open to much criticism if it backfires—by enforcing a much-needed professional standard. Equally, the team could have come out and explained what happened, using that as a shield to deflect any incoming criticism. But instead Team Liquid has been purposefully vague to enable a road back for Piglet should he decide to take it. In addition, the team has placed faith in the prospect over the star. That doesn’t happen often in an environment where, with so much at stake, any failures must be immediately course-corrected, and experience is often seen as key to make it happen.

This could potentially be one of the best things to happen for all parties. If Jew can replicate his form from the opening week, that can only be good for Team Liquid, whose results potentially threaten to mire them in mid-table mediocrity.

By the same token, if there was ever any doubt in Piglet’s mind that the North American experience was going to feature both an easy paycheck and easy success, this should serve as a reality check: His team are placing their faith in a 17-year-old American before him. Either way, Team Liquid’s management have shown they’ve adapted to life in League of Legends quickly, and won’t shy away from making the tough calls. A couple of wins this weekend would be a just reward.