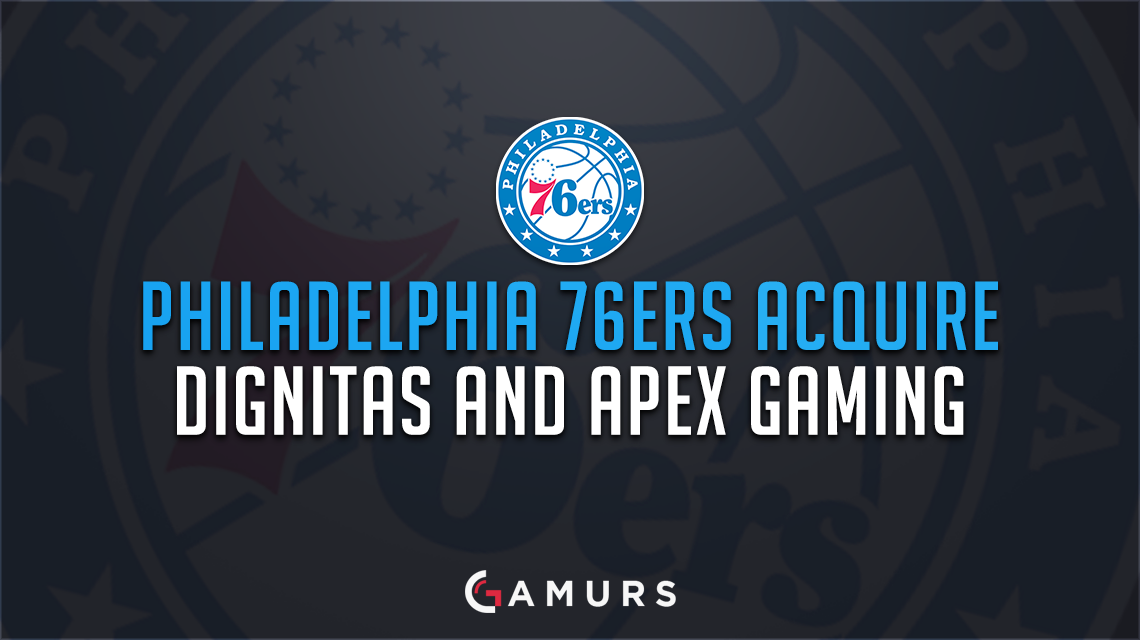 In possibly the biggest move in esports ownership history, ESPN has reported that the NBA’s Philadelphia 76ers has acquired both Team Dignitas and Apex Gaming.

The result is that Philadelphia, commonly known by their nickname the Sixers, will enter the esports space with teams in CS:GO, League of Legends, Overwatch, Smite and Heroes of the Storm. They will also be bringing on the former staff of the two organizations to build an esports powerhouse.

While they are not the first sports team to get involved with the industry, they are the first North American team to do so. They are also the first traditional organization to purchase, in this case two, entire esports organizations. Past teams in the space include FC Schalke 04 as well as Besiktas FC. Unfortunately, the scene has not been too kind to them and they have both seen their troubles. Hopefully the Sixers will have better luck.

Although they are the first NBA team to formally enter esports, other personalities involving basketball have entered in the past. Former NBA player Rick Fox has founded his own esports organization, Echo Fox, while the ownership of NRG eSports is tied up among several people involved in the NBA. It’s clear that the professional basketball leadership has taken an interest in esports, it will be interesting to see who takes the next leap of faith and joins the Sixers in their ownership.

Some fans have been critical of such purchases. Many diehard esports fans prefer the more grassroots style of ownership that the community typically saw in the past. They see the loss of Team Dignitas, one of the oldest esports organizations around, as a major blow to the scene. Other criticisms include a potential loss of connection between teams and the fans as well as fear of a potential setback in terms of organization’s knowledge of the games they are involved in.

It seems like esports is getting closer and closer to the “mainstream”, a destination that many of those involved in communities have been desperate for. Whether or not you’re a fan of this shift in ownership doesn’t change the fact that it’s the ongoing trend and seems to be esports’ destiny.

What do you think about the Sixers getting involved in esports? Let us know in the comments below or tweet us @GAMURScom.