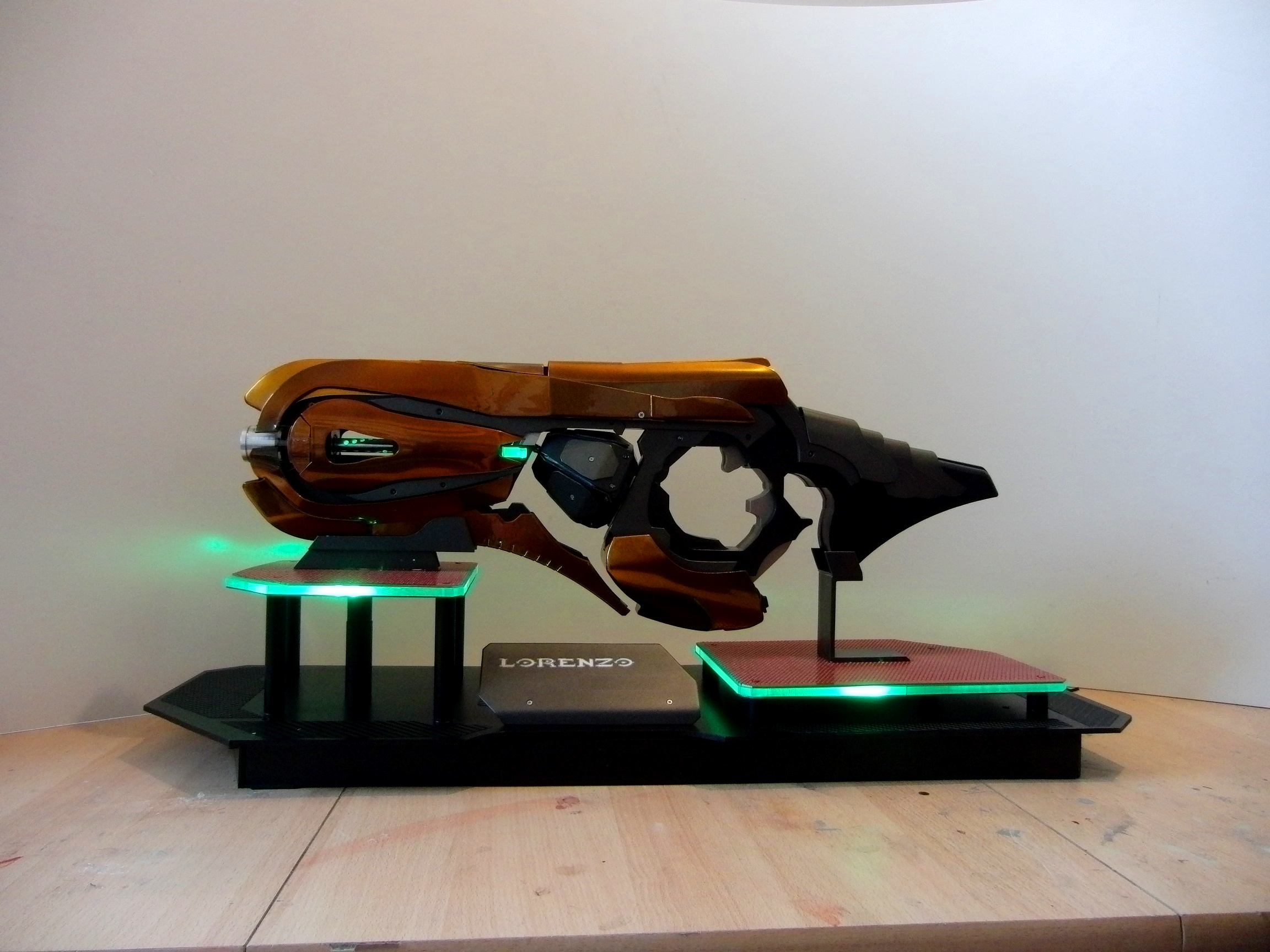 Patrick Priebe is just an ordinary guy who likes video games and comic books. But Priebe takes his love for sci-fi to the next level. He also builds homemade replicas of sci-fi weapons that shoot lasers. We’re not talking about the fake thing, either. These aren’t guns with some powerful LED lights like you might find on some kids’ toy. These are the real deal.

Priebe is literally burning holes with a beam of light. That’s awesome—and vaguely disconcerting. Laser guns have always existed in the same space as hyperspeed and anti-gravity in my imagination—symbols of a distant future. I didn’t know that you could build them in your garage.

Maybe you go to school to be a plumber, or maybe you build laser rifles for a very particular demographic who love this sort of thing.

“Nobody ever thought I would make props for a living including me, but people like my creativity. I don’t really talk about my work a lot though,” Priebe says. “I’m glad I’m able to do it full time, and so are my parents.”

Priebe has worked with lasers since 2011 and his customer list keeps growing. He’s working on something now for an American science museum. He mentions, to the surprise of nobody, that this is a pretty difficult industry to break into.

“One bad touch can kill [the laser] and hundreds of dollars are gone with the wind,” Priebe says. “That particular rifle [the Halo piece] took half a year, including designing parts.”

Priebe is now working on steampunk props for a few customers, as well as a bigger version of the Half-Life crossbow he recently debuted.

But the most exciting item on his next list? An Overwatch Pulse Rifle from Half Life 2. That’s right, this bad boy:

Priebe says that should be ready by the end of the month.

I asked Priebe if he could envision a future where handheld laser guns could be used in the military. He mentioned that it is possible, but it’d be a cruel weapon because burning flesh with a laser “smells really bad.” Take that for what you will. For the time being, we can’t think of a better use of the technology than these awesome replica weapons.