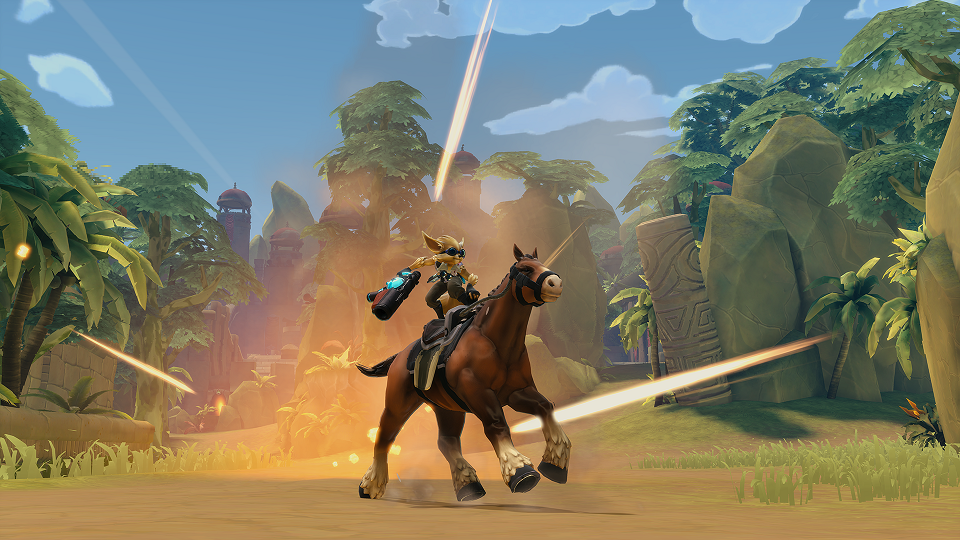 Paladins, the new class-based shooter from Smite developer HiRez Studios, took the first step towards competitive play by adding a mode that removes randomness inherent to the game.

Constructed Mode is now the default play mode in the beta, a test for competition that HiRez Studios plans to begin in January with weekly tournaments leading into a $100,000 Founder’s tournament in “early Spring.”

In Paladins, players level up over the course of the 10 minute-or-so-long games through earning experience by dealing damage and completing objectives. This unlocks the ability to pick three cards that offer enhancements to the players’ abilities. In the “siege” mode that launched with the beta, those three cards were randomly selected from all cards available to a player, unlocked through opening crates earned by winning games or bought with in-game currency. That often led to much hand-wringing from players, as some characters were only viable featuring certain card combinations. If you didn’t draw those cards, you felt weak.

Constructed mode changes that. Now players build a “deck” for each character, pre-selecting the three cards that will be available to them for each of their five selections.

That removes the RNG that sometimes ruined the experience for players. It also opens up a lot of strategic possibilities, with the opportunity to now select certain cards when you need them, or guarantee that taking a combo card is useful because you know you will be able to complete the combo with a later pick.

It’s a precursor to competition, a needed step to ensure the sanctity of a competitive match. HiRez Studios sees a big esports future for Paladins, and it’s building the foundation for it.