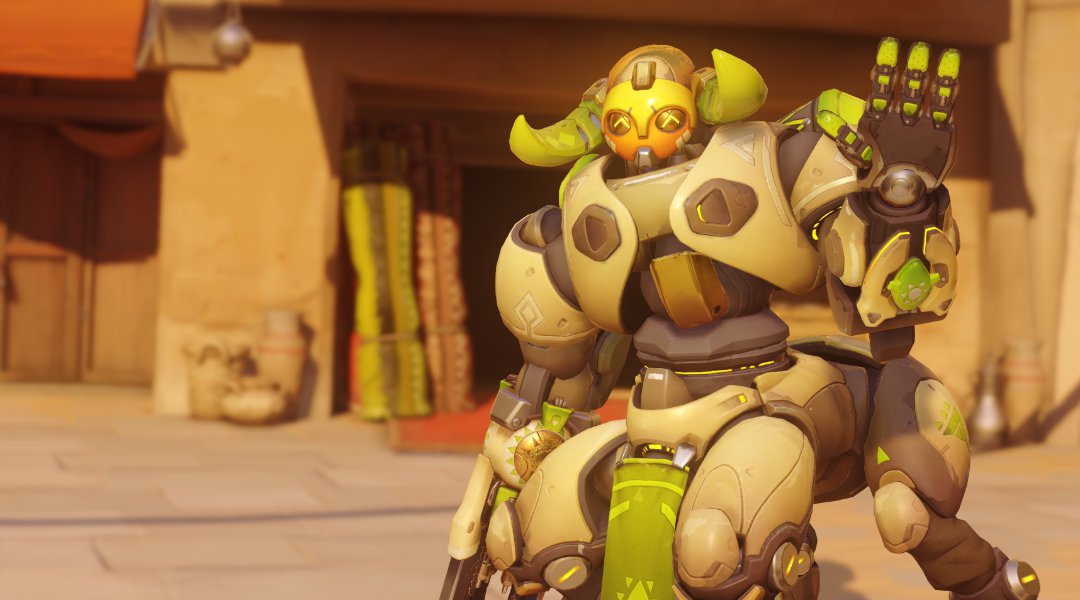 Blizzard just revealed that Overwatch’s newest hero, Orisa, will go live on Tuesday, March 21. A video posted on the PlayOverwatch Twitter informed viewers on how Orisa, an anchor tank, came about in development.

Orisa was described in the early stages of development as a Gothic Zarya with Bastion’s cannon that was instantly fun to play in the office. The quadruped tank was designed with Numbani in mind and features the Earth tones that have become well known on the map. At only one month old, Orisa will become the youngest member of the Overwatch team, however, Orisa has been described as a core part of that team with the ability to control games.

Orisa has been on the PTR since her announcement a few weeks ago and was instantly nerfed, as Blizzard tried to find the perfect balance based on feedback and statistics. As always with a new hero, pros and public players alike are already figuring out her strengths and weaknesses, while the discussion on how she will fit into the current meta is raging on. Earlier, we discussed our views on Orisa’s PTR build, but as mentioned in the video above, Orisa is in the early stages of her story and will still develop over time.