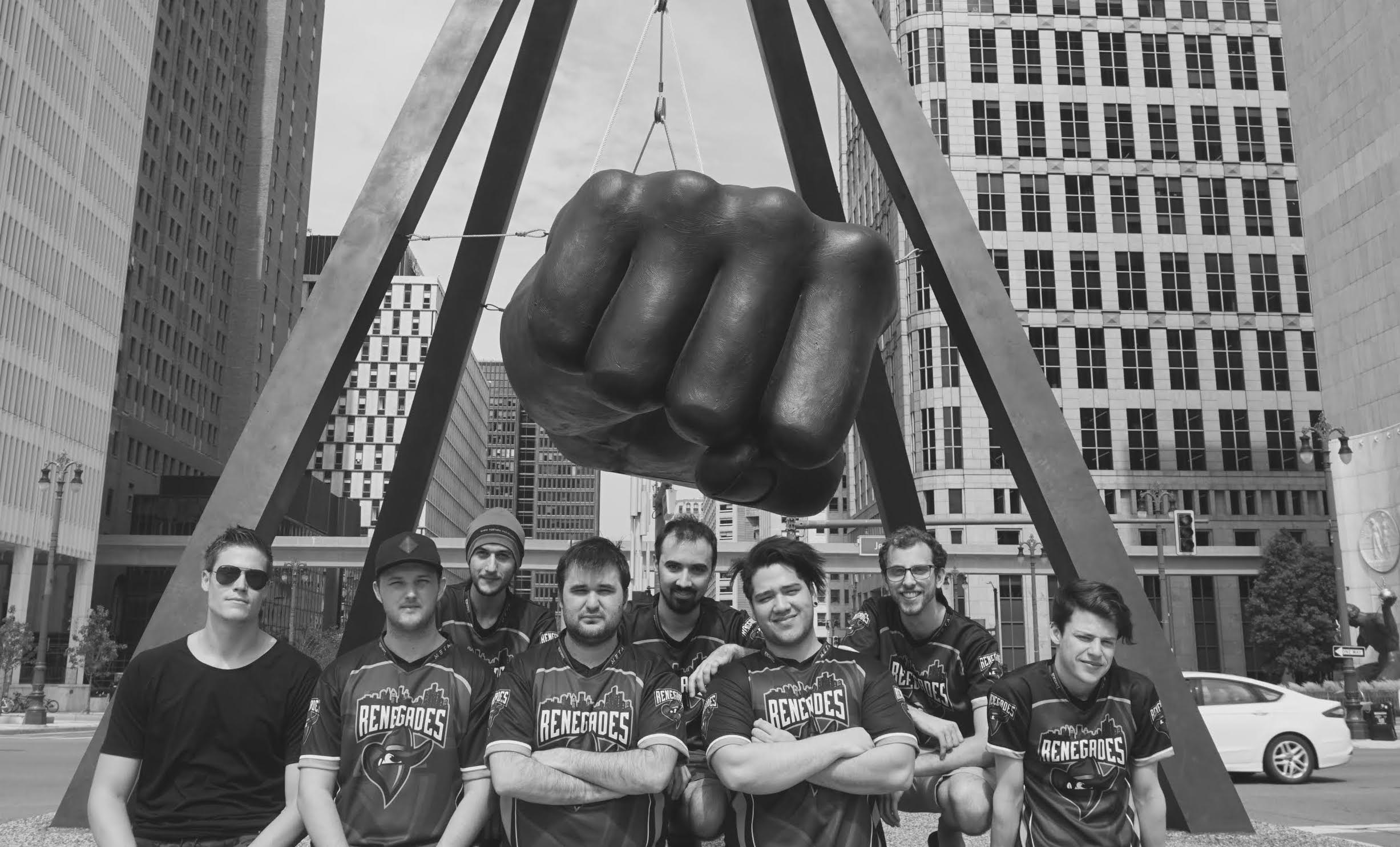 After perhaps the most turbulent first year of any esports organization, Renegades has a new owner. The organization, along with its Counter-Strike: Global Offensive team, has been sold to Boston Celtics NBA player Jonas Jerebko, he announced today.

Founded in March 2015 as the League Challenger Series team Misfits, Renegades was plagued by accusations of mismanagement leveled by other teams and Riot Games itself. One of the organization’s owners, Chris Badawi, was banned by Riot last year and told to give up his ownership stake in the League team.

After this year’s Spring Split, Riot handed down another ruling against the team, this time alleging that Renegades had violated the ban against Badawi, misrepresented its relationship with another League team, and compromised player welfare and safety.

Badawi was given a lifetime ban from the LCS, and co-owner Christopher “MonteCristo” Mykles was given a year-long ban, forcing Renegades to sell the team. The ban was controversial and divisive, with many criticizing Riot for its lack of transparency throughout the process.

The organization, which also had teams in other games like CS:GO and Halo, has since seemed to flounder. With its reputation in League basically shot, there’s been widespread talk on social media and among industry insiders that Renegades was looking to sell.

Jerebko, who has been a professional basketball player for over 10 years and played in the NBA since 2009, is just the latest traditional sports player investing in esports. NBA player Rick Fox formed his own team, Echo Fox, in 2015, and Shaquille O’Neal is an investor in NRG eSports. The esports community has generally lauded this type of investment, with many hoping it will bring stability and structure to the emerging esports industry.

That’s exactly what Jerebko hopes to do with Renegades. He’s played Counter-Strike since sixth grade and has been researching the esports scene for over a year. But he only started seriously thinking about investing around six months ago, and wasn’t planning on doing anything until next year—but then the opportunity to buy Renegades presented itself.

“It’s a whole new regime that we’ve structured,” Jerebko tells Dot Esports. While the CS:GO team and its support staff have been retained by the new-look Renegades, all other staff have been replaced. Jerebko is keeping the Renegades name and logo, just with a slightly updated style.

“It was the CS:GO team that made us want to buy Renegades at first, we would never have bought it without the opportunity to keep the team,” he said. To make sure everything was done right Jerebko contacted ELEAGUE and WME | IMG representatives first, to ensure that everything would be sorted for season two of the TBS CS:GO league. He wanted to ensure the switch of ownership would be smooth to avoid another situation like that of Luminosity and SK Gaming, where both teams were kicked out of the first season after players switched organizations.

Changing Renegades’ reputation—deserved or undeserved—won’t be easy. The idea of rebranding completely was considered, but Jerebko ultimately felt a connection to the brand. (The morning after he first talked about acquiring the organization with his business partner, the song Renegades by X Ambassadors started playing.) Instead of rebranding, Jerebko will focus on the players and management and letting that speak for itself as to how the organization has changed, focusing on fundamentals: making sure the players get paid, and that Renegades is structured properly.

“I’ve had some bad experiences with organizations,” Jerebko says. “When I signed my first professional contract, they flew me to Italy and dropped me off at an apartment with a pocket full of cash. That was on a Thursday, and they said ‘see you on Monday.’ I’m 18-years-old in a different country.

“So I’m just really trying to build my players up.”

As part of this plan, the CS:GO team moved from Australia into a house in Detroit, Michigan last week. Previously, under the old Renegades management, the team was living at the Downtown Grand Hotel and Casino in Las Vegas, which they left after the first week of ELEAGUE season one.

“The house feels more like home,” Renegades’ CS:GO team manager Chris “GoMeZ” Orfanellis told Dot Esports. “Everyone has their own space and their own room. It’s actually furnished properly with good stuff, whereas before at the casino the furniture and everything was already there.”

The team has mixed feelings about the new management keeping the name and logo, GoMeZ says. They’re happy that they can continue to build up the Renegades name and do the things they set out to do last year, but they also hope that the negative impact that the League controversies brought about get cleared up so they can get back to where they were.

When the team’s contract with the previous Renegades ownership was up, GoMeZ says the roster entered talks with around five organizations, but ultimately decided on Jerebko because it was the best fit.

“It was mainly because Jonas just knew,” he says. “A lot of other teams have NBA figureheads, but I don’t think they would even know their own players or a lot about the game. Whereas Jonas knew all the players, he knew everything about what we need, what we do, how the game is played.”

While Jerebko says his career with the Boston Celtics comes first, he’s going to do as much as he can before the season starts to take care of the team and the organization, and will still continue to be as involved as possible. He even helped set up the house before the team arrived, going to Ikea and putting together the players’ beds and moving in other furniture.

Expanding the Renegades stable of titles isn’t something Jerebko wants to push too heavily, too fast. He has picked up a top Call of Duty team already, and is working on getting an Overwatch team. But beyond that he wants to set an example of how the organization is run now, and then handpick teams specifically because they’re good, not just because he wants to be in a game.

But, is there a possibility that he’ll buy out the Cloud9 Challenger LCS spot?

“We’ll assess the opportunities as they come and grow this organically,” he says. “We’re not going to force ourselves. We’re not opposed to anything, we just want to do it on our terms.”

Jerebko has not yet been to an esports event, but he would like to as soon as he has some time. He does, however, plan on getting involved in the Fox and O’Neal rivalry soon.

“I’m looking to come and beat both of them,” he says, laughing.