The StarCraft subreddit went into a meltdown yesterday when a tweet from Norwegian Zerg player Kristoffer “TargA” Marthinsen sparked speculation that the retired Johan “NaNiwa” Lucchesi, widely regarded as one of the greatest foreigners to play the game, may be returning to competitive play.

NaNiwa’s career came to something of a controversial end when he walked out of a competitive match against rival Choi “Polt” Seong Hun at IEM Katowice in March, citing a lack of effective soundproofing. His organisation, Alliance, kicked him a week later. Before he could be pushed out, however, Lucchesi effectively jumped, saying he would take an indefinite break from the game and labelling the community “disgusting.”

Despite this unceremonious end, few ever doubted his talent. And many fans have hoped for his return, seeing him as one of the few players that could legitimately challenge Korean dominance in international tournaments.

Last night, Marthinsen noticed there was a Protoss player with “sick stats” ranked at number five in the European ladder, who was playing under an unidentifiable alias—following the common practice of making the player name look like a barcode. People naturally wanted to know who it was. Then, in response to Marthinsen’s tweet, Lucchesi replied with a cheeky wink, sparking rumours that maybe the great one was due to return. 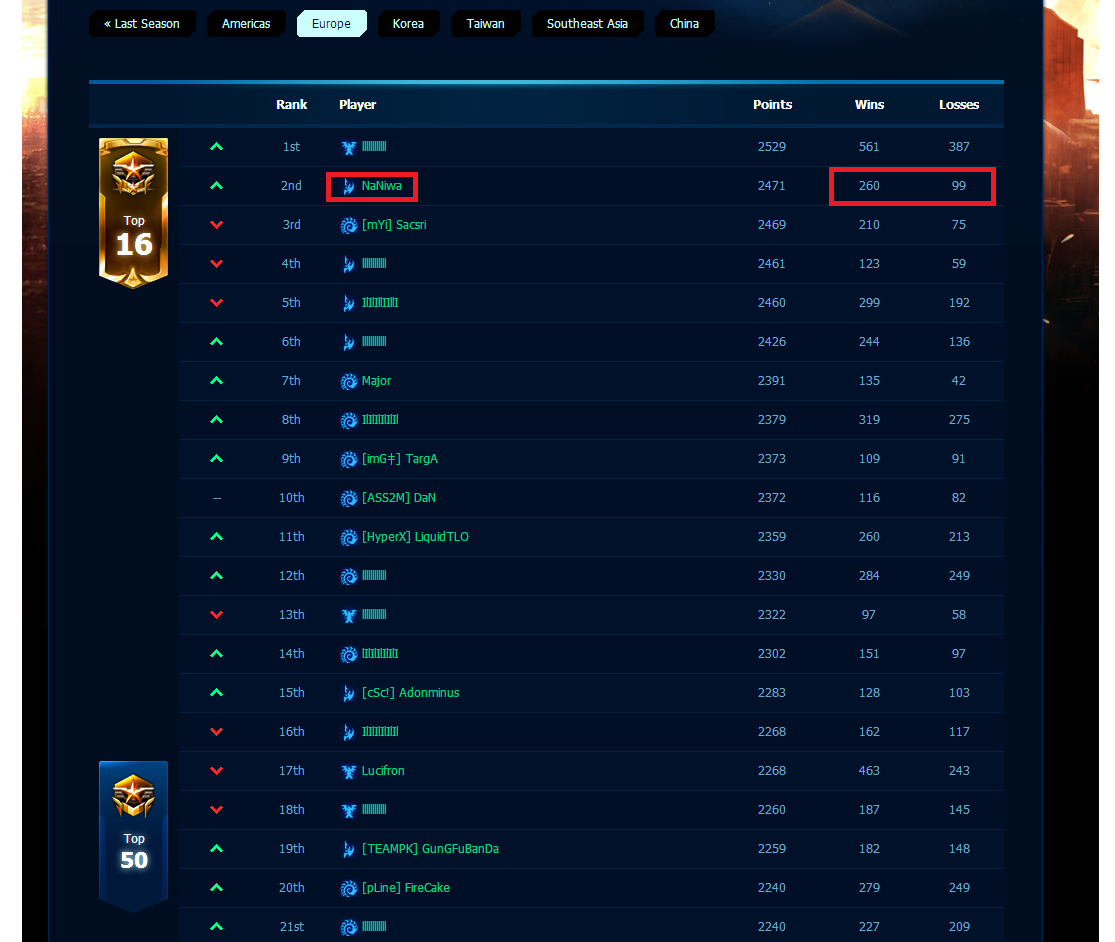 By this time, the person in control of the account had climbed to second place in the European ladder with 260 wins and 99 losses and had even changed the name to “NaNiwa,” showing that whoever the player had been aware of the rampant speculation.

We asked Lucchesi if he was behind the account. He confirmed he wasn’t. Not only that, but he’s only watching games nowadays, and not playing, he couldn’t offer any insight into who it was.

We asked some experts—a pair of current pros—to analyze some of the replays from the account. According to them, the most likely candidate is David “Lilbow” Moschetto, the French player currently of XMG. Summarising their reasoning for this decision they told us:

“The Eapm range is very similar, between 0-50 on each of his games. There are also 7 groups for units and buildings, which is typical of lilbow. On top of that, the real smoking gun as we see it, is he hotkeys his Cybercore, which is incredibly rare. It’s impossible to confirm it 100 percent based on this evidence alone but lilbowis definitely the front-runner.”

So while the mystery is set to run for a little bit longer one thing is absolutely certain at this point – any chance of a Naniwa return before Legacy of The Void seems unlikely at best.