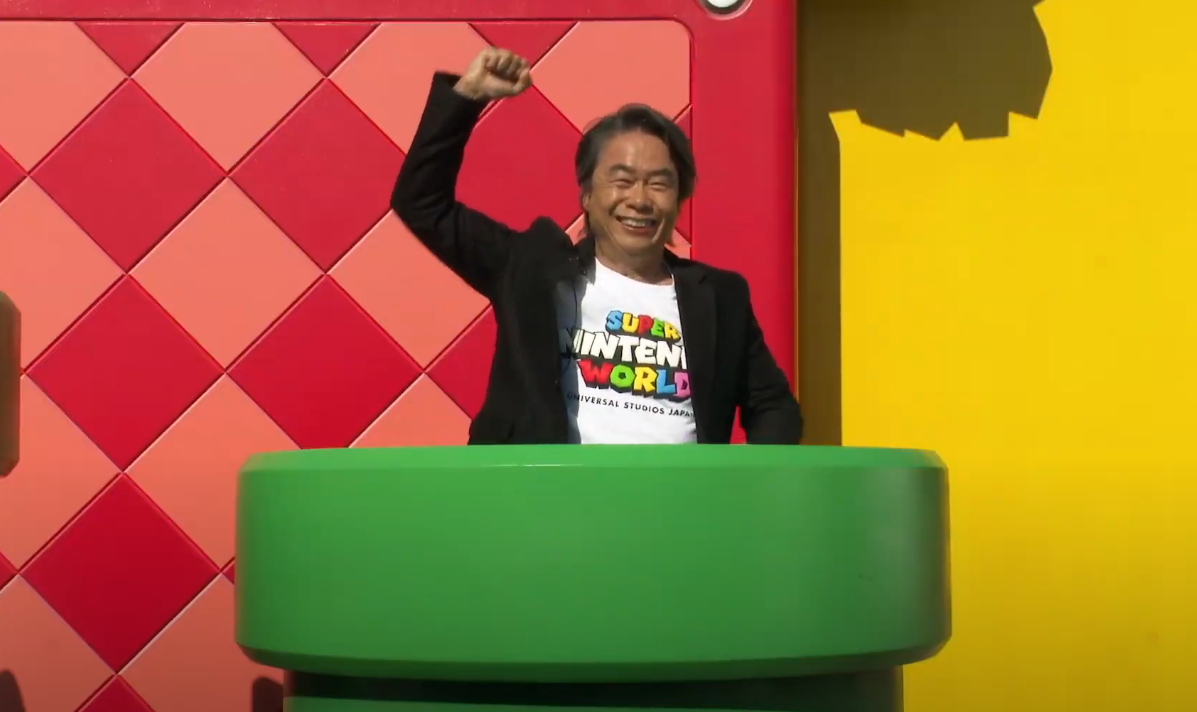 Nintendo has peeled back the curtain on the highly-anticipated Super Nintendo World, a Nintendo-themed theme park coming to Universal Studios Japan in February.

The park is almost complete, so the company put out a video tour of what fans can expect. The video is hosted by none other than “Mario’s dad,” the legend Shigeru Miyamoto himself.

The tour, which begins at about 29:40 in the video above, shows off the park and a bit of what can be found inside.

The park includes a watch that can be paired to a smartphone app that allows you to hit question mark cubes and earn coins, among other Mario-themed activities.

There’s even a Mario Kart ride that utilizes some kind of VR helmet where you ride around inside of Bowser’s castle on a course that the villain built specifically to beat Mario himself.

There’s also a restaurant that is fully staffed by Toad and other mushroom dudes, and all of the food is, expectedly, Mario-themed as well. And of course, there’s a huge gift shop that features exclusive merchandise.

Miyamoto also confirmed that versions of Super Nintendo World would soon be coming to Universal Studios in California, Florida, and Singapore.