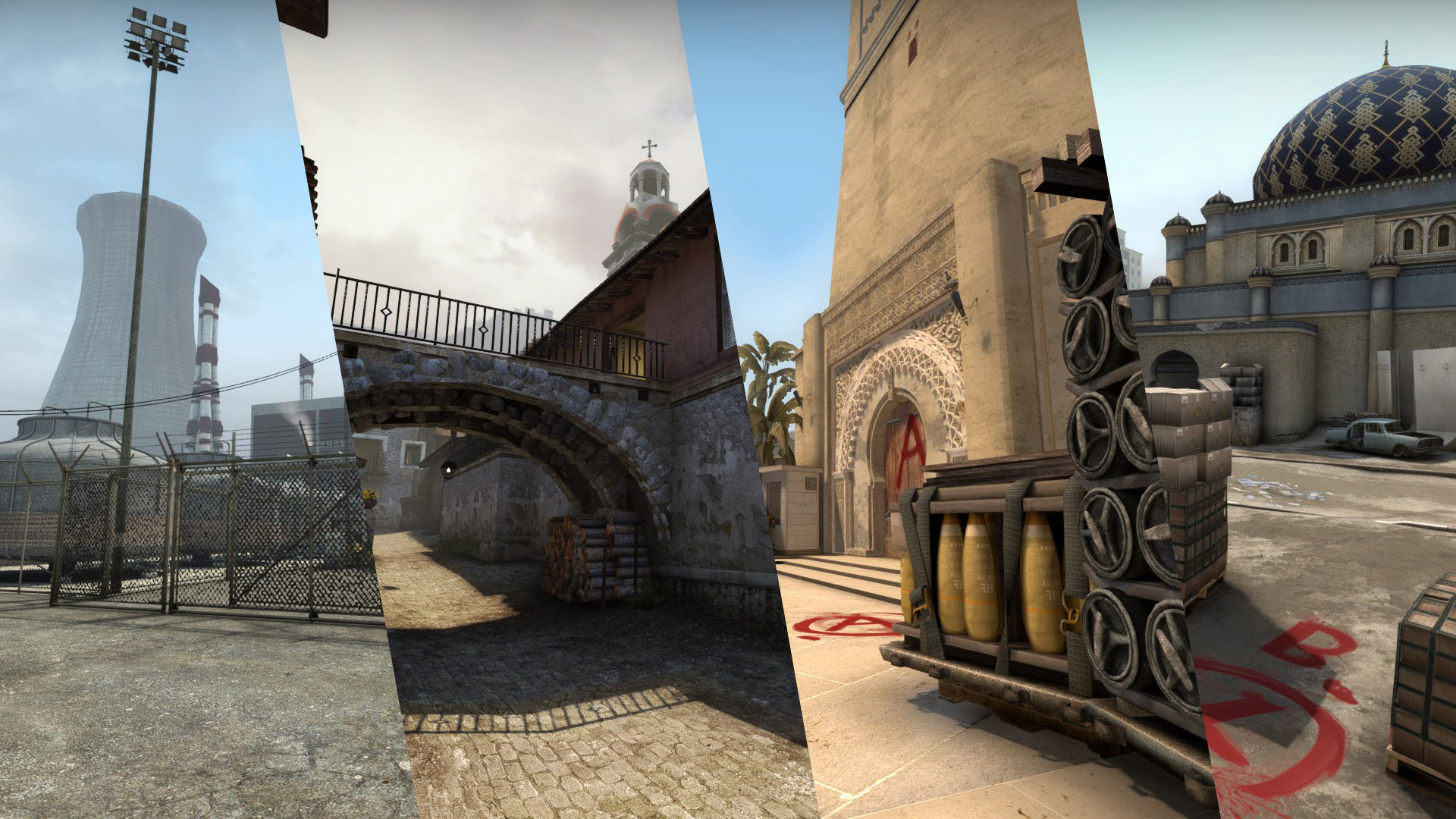 When it comes to Counter-Strike: Global Offensive tournaments, there are hardly any changes from one another. Sure, location, format and prize pool do frequently change, but what if we had a slight variation on the competitive game mode?

The variation would be something like this: take two maps from the Active Duty Map Pool (e.g. Cache and Cobblestone) and take certain aspects from each map. Once you have those aspects, splice them together for a brand new map (CobbleCache). This could either be the format of an entire tournament or just a fun showmatch before the game to get the crowd pumped, much like the showmatch at Cologne 2016.

Let’s take Dust II and Inferno as an example. What if one were to take the entire Long to A site portion of Dust II (including Short) and splice it together with the Banana to B site portion of Inferno including CT Spawn. Dust II’s Short could lead into Inferno’s Banana and Inferno’s CT Spawn could be changed into T Spawn. I’ve included an illustration below for better visualization of the idea.

This new style could challenge teams to come up with new strategies for the mix-map, or alter current ones for the new environment. The map veto system could also be positively affected by the mix-map style. Say that the veto comes down to one map, but the teams can’t agree on a map and don’t want random chance to decide. They could, instead, choose to splice two maps they both agree on, coming to a compromise.