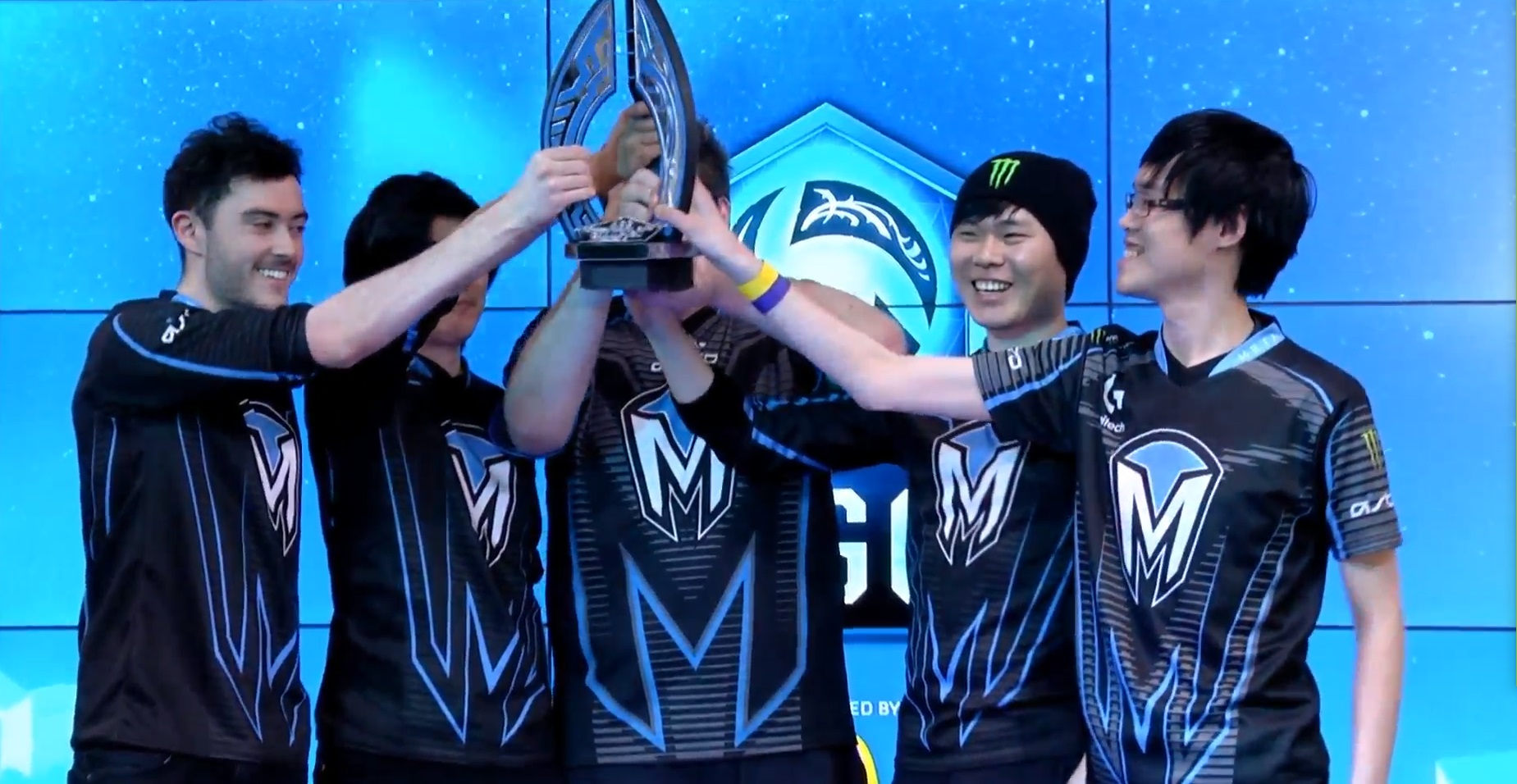 Last year, Mindfreak narrowly missed out on a trip to BlizzCon, falling to
Dark Sided on the big stage. This time, though, they made the most of their opportunity.

Mindfreak beat local rivals Crimson Gaming yesterday to take the Australia and New Zealand Heroes of the Storm title. They then followed it up by winning the Intercontinental Clash, defeating Latin America’s representative Thunder Predator to qualify for the Heroes of the Storm Global Championship at BlizzCon later this year.

Mindfreak were the favorites after reaching the international stage earlier this year by winning the HGC Phase One Intercontinental Clash. But after the Mid-Season Brawl, Andrew “Penta” Moffatt left the team, leaving them scrambling to find a replacement in time for the start of the Phase Two ANZ Premier Division. The team added rookie support Geoffrey “madhax” Li, and while they maintained top form, they finished second in the division behind Crimson Gaming, dropping the final game of the season to them. That left many wondering if they could do it again and avoid the fate that befell them in 2017.

Now, they’ve silenced their doubters. They’re the fifth team to qualify for HGC 2018, where they’ll challenge the best squads in the world at BlizzCon from Oct. 12 to Nov. 3.

This weekend, Mindfreak showed off their proactive playstyle at the ICC in Sydney, Australia. They first took down local rivals Crimson Gaming in a 4-1 series on Friday before finishing the event by beating Latin American side Thunder Predator by the same score.

Mindfreak bootcamped at a high-performance training center before the event, and it seemed to help as they looked better prepared during the draft and more resilient than their foes through the gruelling seven-game format.

They opened the ANZ finals strong by taking the first map against Crimson Gaming, and looked in control on Tomb of the Spider Queen before losing a big fight in the boss pit and throwing the game. A less-prepared team might crumble after a big mistake, but Mindfreak simply continued to play their game, sweeping the remaining maps to eliminate Crimson Gaming.

For Crimson Gaming, the result has to be a disappointment. But in some ways, that was expected entering the event. Their flex player, Jeremy “Jezmez” Williams, didn’t attend the tournament, forcing them to use a substitute player. Still, they put up a good fight.

The next match in Sydney pit Thunder Predator, a Peruvian organization featuring a team with a Mexican core, against Encore e-Sports, who won the HGC Copa América in Phase One before falling to Mindfreak in the Phase One ICC. It took all seven games, but it wasn’t a back-and-forth battle: Thunder Predator jumped out to a 3-0 lead before Encore tied the series, leading to an intense finale on Braxis Holdout.

Like Crimson Gaming, Thunder Predator had to compete missing a player as Venezuelan flex Tomas “ET0MyX” Montiel couldn’t attend due to a visa issue. That brought carry player Gerardo “Genre” González in from the bench, and he performed admirably.

In the Intercontinetal Clash, Thunder Predator jumped out to an early lead by taking Towers of Doom, surviving an early deficit due to Mindfreak’s ganks to come alive at level 20 and take a decisive fight win to close out the match. But Mindfreak quickly recovered, pulling out Tomb of the Spider Queen resolved to avoid the mistake that cost them the map a day earlier. Mindfreak seemed to become more confident as the series progressed, scoring early ganks on many maps and steadily leveraging that lead into a victory. Thunder Predator showed some bite on the fourth map, Volskaya Industries, gaining a quick early kill of their own and executing some strong counter jungles to keep up. But Mindfreak weathered the storm and recovered, eventually closing out the game and the series.

As the 4-1 scorelines indicate, it was clear who the best team in Sydney was this weekend. Mindfreak looked more prepared in the draft and had better execution than their foes, and it showed in the Nexus.

Rookie support madhax was perhaps Mindfreak’s biggest question mark heading into the event, since he was attending his first major live event. But his stalwart play on Deckard and Tyrande proved to be one of the differences in the match today.

They now have just over a month to prepare to face the best teams the world has to offer. Flex player Ryoo “RyoO” Tae-Hyung, a former StarCraft II pro gamer who has experience with intense preparation, said the team will be watching the rest of the HGC qualifiers closely to prepare. At the HGC Mid-Season Brawl in June, Mindfreak failed to advance from the group stage, posting a 1-4 record, dropping every map they played against teams from Korea, the United States, and Europe. They hope things will be different this time, though.

“One of our dreams is to maybe go to America and do a bootcamp there, and feel out the esports scene there,” Ryoo said after the match.

Whether Mindfreak get there a little early to prepare, they’ll be heading to America as Australia and New Zealand’s Heroes of the Storm champs.