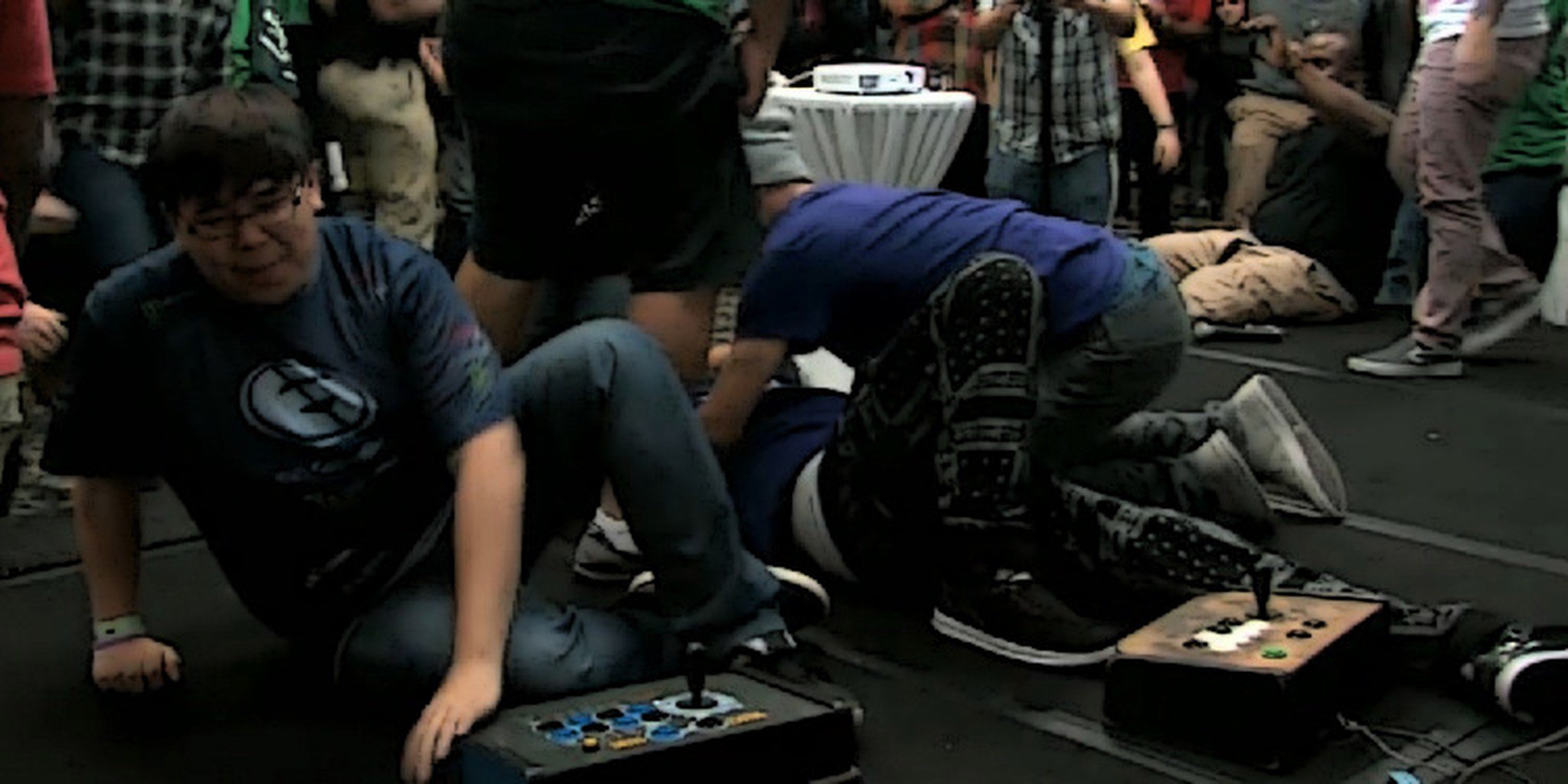 For at least one day last week, Marvel vs. Capcom 2 was back in the spotlight.

Capcom’s famous fighting game, now close to 15 years old, mashed together a collection of more than 50 characters from across the two companies’ portfolios.

And while players were attracted to the idea of seeing Wolverine, Hulk and Spider-Man do battle with Ryu, Mega Man and Morrigan, it was the frenetic gameplay that kept them coming back.

No one better mastered the wild style of Marvel vs. Capcom 2 than Justin Wong and Sanford Kelly. The pair stand as two of the biggest names in the whole of the fighting game scene, and both made their names through success in Marvel vs. Capcom 2.

Those successes brought them together in a number of clashes, and their classic rivalry was renewed at the Northeast Championship in Philadelphia last weekend.

The two players engaged in a first-to-10 set, with each competitor gunning to take ten wins before his opponent. The action was just as hectic as you might expect. The series could hardly have been any closer.

And if you need any further motivation to check out the series, bear in mind that it was none other than famed player and commentator Michael “Yipes” Mendoza calling the action.

So take a seat, turn back the clock, and pop open a can of Pringles.