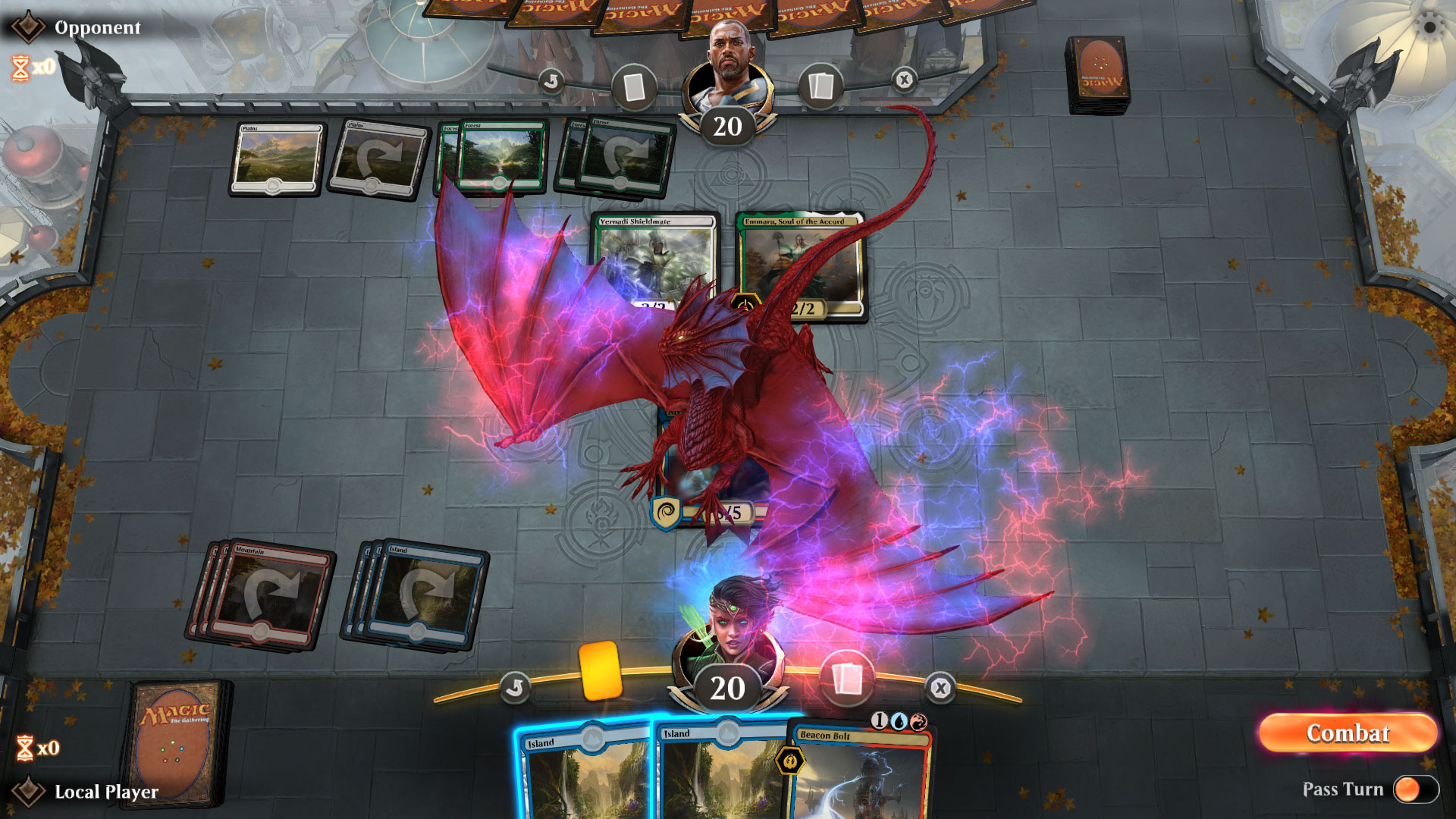 Magic: The Gathering will have a new esports program in 2019, Wizards of the Coast announced tonight at The Game Awards.

Wizards of the Coast will hand out $75,000 contracts to professional Magic players through a new initiative called the Magic Pro League. Thirty-two Magic players will be contracted through the developer to stream and play Magic competitively, both Magic: The Gathering Arena and the classic tabletop game. Wizards of the Coast declined to comment on the 2019 roster of pro Magic players, but noted that more information will be available “in the coming weeks.”

Contracted players will participate in M:TG Arena matches that feed into a larger, offline event called the Mythic Championships. Mythic Championships are Wizards of the Coast’s new “flagship” event that’ll feature both digital and physical play, featuring Magic Pro League players who will compete against challengers from across the Magic community.

“Magic’s been around for 25 years,” Elaine Chase, vice president of global brand strategy at Wizards of the Coast, told Dot Esports. “Over that time, we’ve been pioneers in a lot of different spaces. Not only were we the first—and in my opinion, still are the best—trading card game ever. We were also a pioneer in competitive gaming when the Magic Pro Tour started in 1996.”

Chase said Wizards of the Coast built M:TG Arena to be the centerpiece of the developer’s esports program. “M:TG Arena is the next step in elevating the competitive play Magic already has to offer,” Chase said. “Part of what we wanted to do there is take the players who have established themselves over the last 20+ years of Magic competitive gaming and look to them to be the core foundation of how we move forward in this new competitive space.”

It’s a different structure than what’s typical in esports. Instead of being signed by pro teams, Magic’s pro players are contracted by the developer of the game itself. But Chase said that Wizards of the Coast is interested in working with teams in the future “to see how they best integrate into [the Magic Pro League] structure.”

“Other games have always been inspired by Magic: The Gathering,” Chase said. “A  lot what you see in the space is because of what Magic did 25 years ago. We see ourselves continuing to be a leader and an innovator in the space.”

Across the whole 2019 season, Wizards of the Coast expects to hand out $10 million in prizes to the best digital and tabletop Magic players.