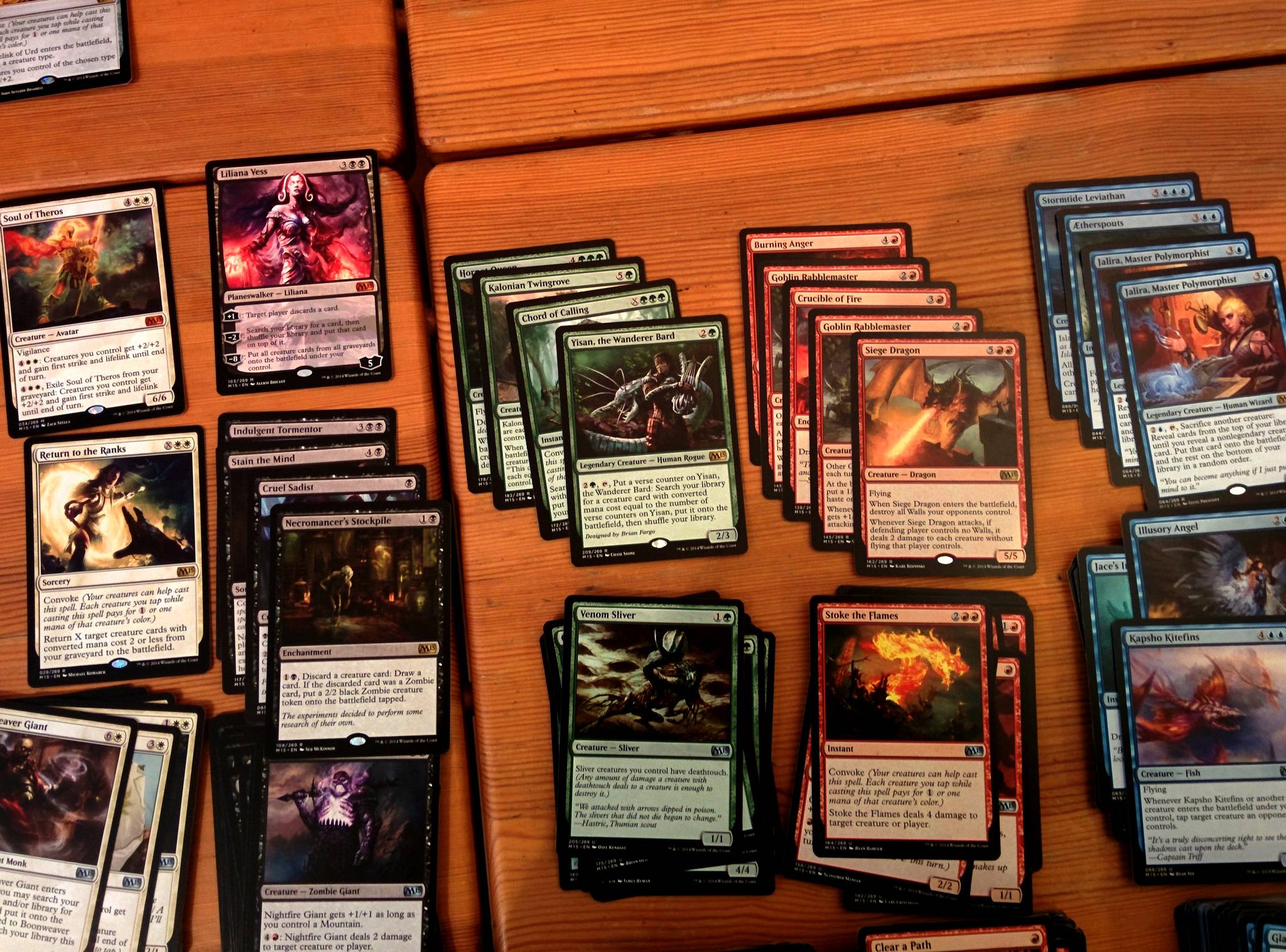 Magic: the Gathering, a 20-year old trading card game, has a thriving competitive scene. Unfortunately, if you want to play in game stores or in most major tournaments, you need to actually own the physical cards to play.

And those cards can get quite expensive. Even the most common decks are often hundreds of dollars to purchase en masse.

One company has a creative idea for making the game more accessible, especially to players that can’t be bothered to keep up with the ever-changing nature of the game. SpareDeck thinks that it’s found the solution to one of Magic‘s biggest problems—by allowing players to rent cards.

“It’s a convenient and affordable way to play what you want, when you want.”

Functionally, SpareDeck works very similarly to Netflix and GameFly. You can browse the site for individual cards, or order entire decks in one big lot. SpareDeck even curates top decks from recent tournaments to make sure players get the best competitive decks.
Once ordered, you simply tell SpareDeck how long you want the cards, and SpareDeck will ship them to you along with a prepaid box for you to ship them back.

For example, one popular recent deck, Grixis Twin, costs around $1,100 to purchase from an online vendor like TCGPlayer. SpareDeck, however, offers the same deck for around $75 for a weekend rental, and less than $100 for a month.

For Aaron Little, the company’s founder, the goal is to just make the game more accessible.

“Since around 2010 the MTG player base has grown substantially and there are many more tournaments for people to play in. SpareDeck was created with the idea of filling a niche for players that wanted to play in Standard and Modern tournaments, but didn’t want to shell out the hundreds or even thousands of dollars to constantly keep up with the Standard rotation and Modern metagame. We want to give more players the opportunity to play in events and to play whatever they want while keeping things as affordable as possible.”

SpareDeck has gotten lots of positive reception from fans and players alike, even if it’s a relatively new addition to the Magic world. But as with Netflix (the DVD side of the business, that is) and Gamefly, there’s always the threat that people might steal from the serve, meaning the company needs to have a collection agency on hand for delinquent accounts. Luckily, at least so far, Little says that SpareDeck hasn’t had any real problems with theft.

Little thinks SpareDeck will prosper, especially among players who only want to compete in a couple tournaments a year.