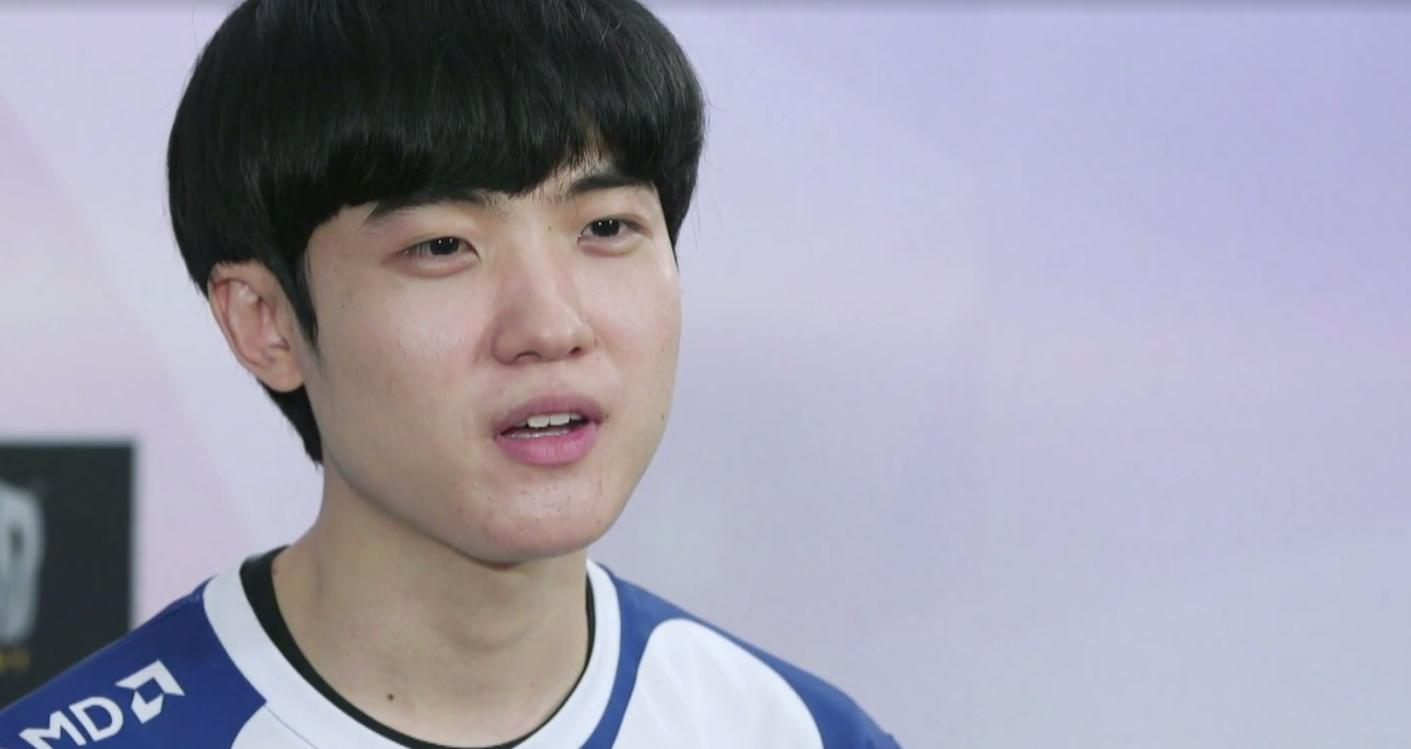 Coming up against Afreeca Blue in the OGN Overwatch Apex semifinals, Lunatic-Hai knew how to stop the Season 3 favorites—denial.

Deny D.Va player Bae Dong Hyun, and in doing so, deny healers Park “IDK” Ho-Jin and Yoo “lucid” Jun Seo. No other team in Overwatch Apex thus far has been able to shut down Afreeca Blue’s reactive, yet aggressive style of play: Up until today, Afreeca Blue was on a 15-game winning streak.

Related: Sombra is operating as a support and a DPS in Overwatch’s most diverse meta

Cloaked by invisibility, EscA sneaks into Afreeca Blue’s back line, where Afreeca Blue is prepping for a push toward the payload. DongHyun hovers his finger over his right click—Defense Matrix—to protect lucid and IDK, allowing them to keep Jeong “Recry” Taek-Hyun and Jeong “ArHaN” Weon-Hyeop alive as they dive Lunatic-Hai. But when EscA saunters in and EMPs, DongHyun’s Defense Matrix is rendered useless. In quick succession, lucid, IDK, and DongHyun are all wiped out, and Afreeca Blue has to retreat.

Lunatic-Hai ran variations on that play throughout the entirety of their four matches against Afreeca Blue, whether on offense or defense. Afreeca Blue’s best efforts against Sombra was their last map on Route 66 where they ran the McCree and Mercy on defense—but ultimately, it wasn’t enough.

Indeed, it was EscA’s EMP that sparked the final push into Route 66’s glowing parking space and securing Lunatic-Hai the 4-0 win against Afreeca Blue. Afreeca Blue were handed their first loss of the season—and elimiated from the tournament.

Sombra’s potential is no longer simply as a third support. Players have struggled to find use for her in Overwatch, limiting the hero to situational use. But today’s Overwatch Apex match put her potential on display as a tool of denial. Health packs certainly play a major role in healing her team and blasting her ultimate to 100 percent, but Lunatic-Hai showed a much more aggressive Sombra than we’ve seen before.

Lunatic-Hai’s win against Afreeca Blue pushes the team into Overwatch Apex’s grand finals, which are scheduled for July 15. They’ll look to defend their championship against the winner of KongDoo Panthera and EnVyUs—a match that’ll take place the morning of July 4. The loser of July 4’s match will take on Afreeca Blue for third place on July 7.