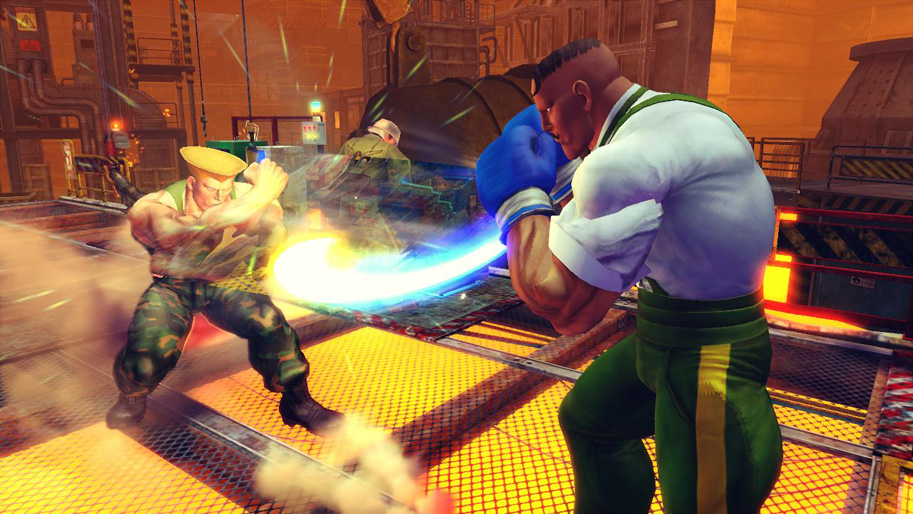 Despite the quality of play found in the grand finals, the event’s most notable matches took place between NuckleDu and eventual third-place finisher Kenneth “K-Brad” Bradley of Evil Geniuses.

Their first showdown came in a first-to-seven exhibition match on Saturday night, a match that NuckleDu won 7-4. While both players had said that they were going to save their best plays for the actual tournament, NuckleDu’s approach to the match ruffled some feathers.

While K-Brad used his primary character, Cammy, NuckleDu opted to start the set with Akuma, a character he rarely uses in tournaments. NuckleDu raced out to a 5-1 lead, but K-Brad closed the gap to 5-3. NuckleDu then opted to try Cammy, a character he uses even less frequently in competitive play, against one of the world’s best Cammy players. K-Brad won that game to make the score 5-4.

NuckleDu then opted to go with one of his main characters, Guile, but continued to try and prove he didn’t need his best to beat K-Brad. NuckleDu has been known to occasionally use Guile’s “Shades of Glory” taunt, which makes Guile either put on or take off his sunglasses, to psych himself up during tournament matches. His taunting went far beyond just occasional against K-Brad, however, as he used the move 21 times over the course of the final two games, both of which were wins. After the match, the normally-jovial K-Brad refused NuckleDu’s handshake.

NuckleDu set off a bit of a firestorm in November when he made similar use of the taunt in tournament matches against Chris Tatarian and Brentt “brenttiscool” Franks. The move does have a practical application—it hides the fact that the player is holding a down charge—but NuckleDu did not use the move for that purpose in either instance.

The two players met again in the winners’ side of Top 8 on Sunday. This time, NuckleDu opted to go for Decapre, his other main character. K-Brad has long struggled against NuckleDu’s Decapre, including at the grand finals of last weekend’s CEO Winterfest. But K-Brad scored a steamroll victory in the first game. NuckleDu opted to switch to Guile and taunted early in the second game in hopes of changing the momentum of the match. He won a tense second game, but the decisive game went K-Brad’s way.

Neither player offered a post-match handshake.

K-Brad would go on to lose to Hamad in the winners’ finals, while NuckleDu eliminated Antwan “alucarD” Ortiz and Arturo “Sabin” Sanchez to set up their third and final meeting. This match was closer in style to their first match than their second, with NuckleDu’s Guile getting momentum early and throwing out some taunts to frustrate K-Brad’s Cammy. NuckleDu claimed a 3-1 victory to earn a spot in Grand Finals against the defending champion. The only similarity their third encounter had to their second was the fact that it ended without a handshake.

The drama between K-Brad and NuckleDu partially overshadowed Hamad’s run to the grand finals. Hamad, who defeated Justin Wong to win last year’s title, beat Michael “MLSwear” Swearin, Sabin, and K-Brad on his path to the finals. Once there, Hamad played Elena and took the first game of over NuckleDu’s Guile. NuckleDu responded by rattling off three straight games to reset the bracket. Hamad switched to Fei Long, his primary character, for the second set and took the first two games in their second race to three. NuckleDu answered by winning six of the next seven rounds to take the tournament and deny Hamad a second KiT title.

Sabin’s fourth-place finish may not have been as strong as he would have liked, but his only losses came against the players who finished the tournament in first and second place. His run was also impressive considering that he also had to run one of the tournament’s seven streams throughout the weekend.