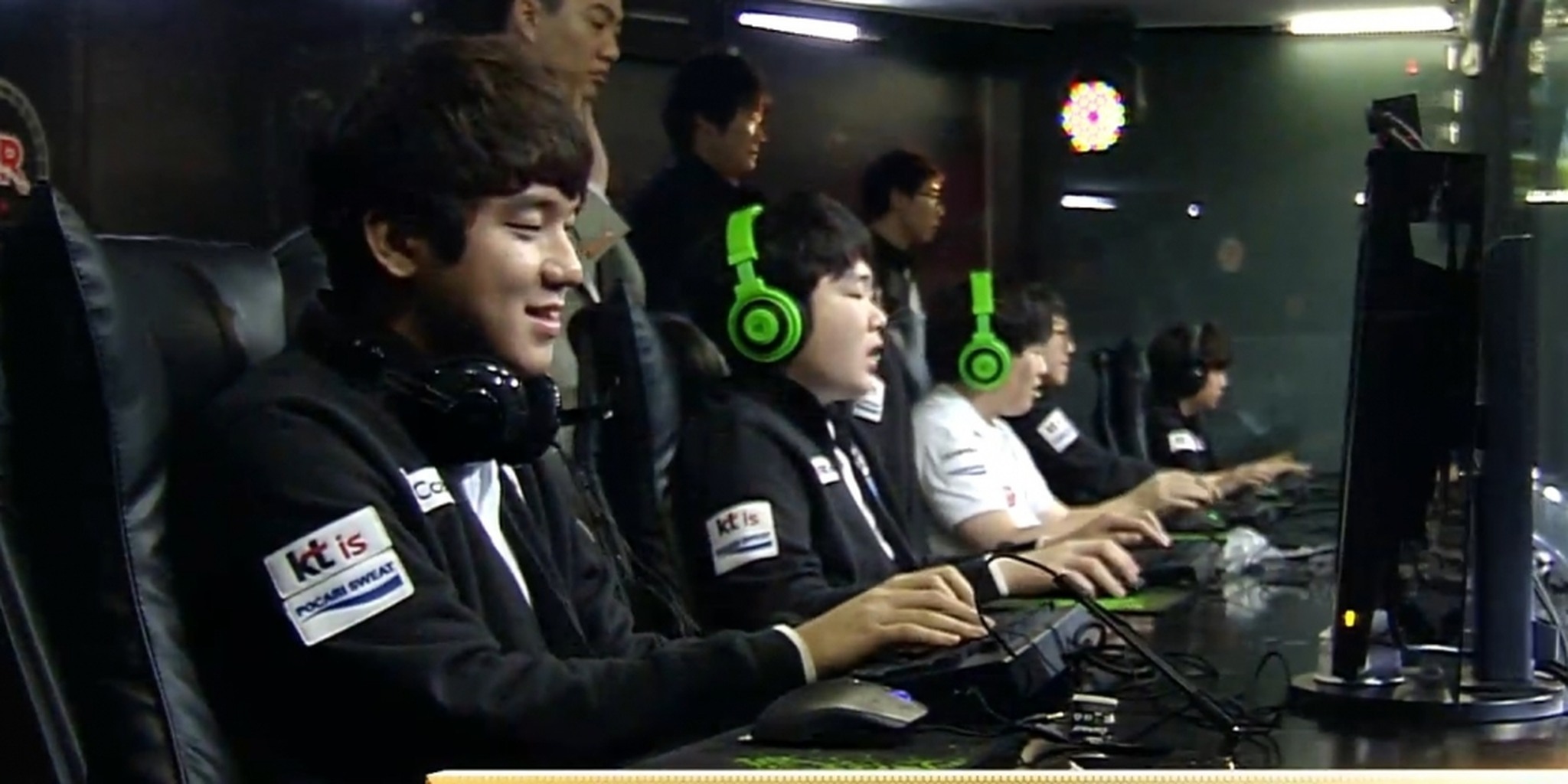 One of the main draws to competitive League of Legends stems from the multiplicity of the game. There is one central objective—destroy the enemy Nexus—but there are hundreds of ways to accomplish that goal.

Some teams use an objective-focused game where they eschew kills in favor of destroying their opponent’s towers. Others such as Korea’s KT Rolster Arrows prefer to amass a body count not seen since Thermopylae in 480 BC.

The Arrows excel at killing their opponents, and then destroying objectives while their enemies stare at a gray death screen. That aggression has served the team, and has been instrumental in their run into the finals of OGN Champions Summer 2014, Korea’s top-tier pro league.

The aggression starts early for Arrows, thanks to their jungler, Lee “KaKAO” Byung-kwon. While he only has 29 kills through 16 games, his assist numbers stand out: He’s second on the team with 155 assists, and he has earned the lion’s share of assists on either Elise or Lee Sin. Those two champions place a premium on exerting early pressure in a lane and scoring early kills for their team.

Lee’s proclivity to stay around trying to assist his teammates does come at a cost, though, and that is his personal gold stats. He kills just under three creeps per minute (2.94), which is behind  his Samsung Galaxy Blue counterpart, Lee “Spirit” Da-yoon at 3.38.

Lee giving up personal glory does empower the rest of the team, particularly their middle laner Song “RooKie” Eui-jin and AD carry No “Arrow” Dong-hyeon. These two players have as many, or more, kills than their opposite number throughout the season. Song has recorded 74 kills during the season, tied with Kim “Deft” Hyuk-kyu, the top killer on Samsung Blue.

The most impressive part of Song’s run through Champions Summer, though, isn’t his prodigious kill numbers, it is the variety of champions he has played to earn those kills. Song has recorded games on champions such as Ahri, and Kassadin that place a premium on assassinating their foes, but has also played traditional Ability Power champions such as Syndra and Orianna that prefer larger engagements to reach their potential.

In contrast to Song, No has not displayed a tremendous champion pool. He has picked Kog’Maw in 10 of the 16 games that the KT Rolster Arrows have competed in, including their last five games straight. The Kog’Maw focus hasn’t slowed him down on his path to an exceptional 87 kills through 16 games, and a 76.78 kill participation percentage which is the percentage of kills that he has been a part of whether he earned a kill or an assist. Both of these statistics are the highest of any player in the finals of OGN Champions Summer 2014.

While the dazzling kill numbers have pushed the Arrows into the finals, their style is not without its risks.

One of the tenets of an aggressive style in League of Legends is “overextension.” This is when a player goes too far into enemy lines and cannot escape with his life. It manifests itself for the Arrows in the form of tower dives—when members attack an opposing champion under a tower that has not been destroyed and take extreme, and sometimes deadly, damage—or risky plays in the opposition’s jungle, which can be snuffed out by adversaries sending multiple members to collapse and kill the offending Arrows player.

What makes an overextension so damaging to the KT Arrows, and other teams that play a similar style, is that it is a high-risk/high-reward scenario. A tower dive can be the start of an overwhelming Arrows surge—or their downfall, since it only takes an appearance from a jungler, or opposing solo laner to not only stop the dive, but net multiple kills thanks to the combination of champions and tower damage. Likewise, an overextension into the jungle to cause mischief is countered by good vision control, and coordination from the Arrows’ enemies.

Given that Blue’s road has been more difficult thanks to having to go through Samsung Galaxy White and SK Telecom T1 K—the two teams tied at number two in Circuit Points for the 2014 season, as opposed to the Arrows battling through a slumping NaJin White Shield and a CJ Entus Blaze team that won’t even have a chance to compete for a 2014 World Championship berth—the numbers are even more stark.

That said, the Arrows high-risk/high-reward style gives them a solid chance against Samsung Galaxy Blue as the two teams meet up in the finals of OGN Champions Summer 2014 on Aug. 16.

No matter what the result, the Rift promises to run red with blood as these two teams which have racked up hundreds of kills go to battle in a best-of-five series.