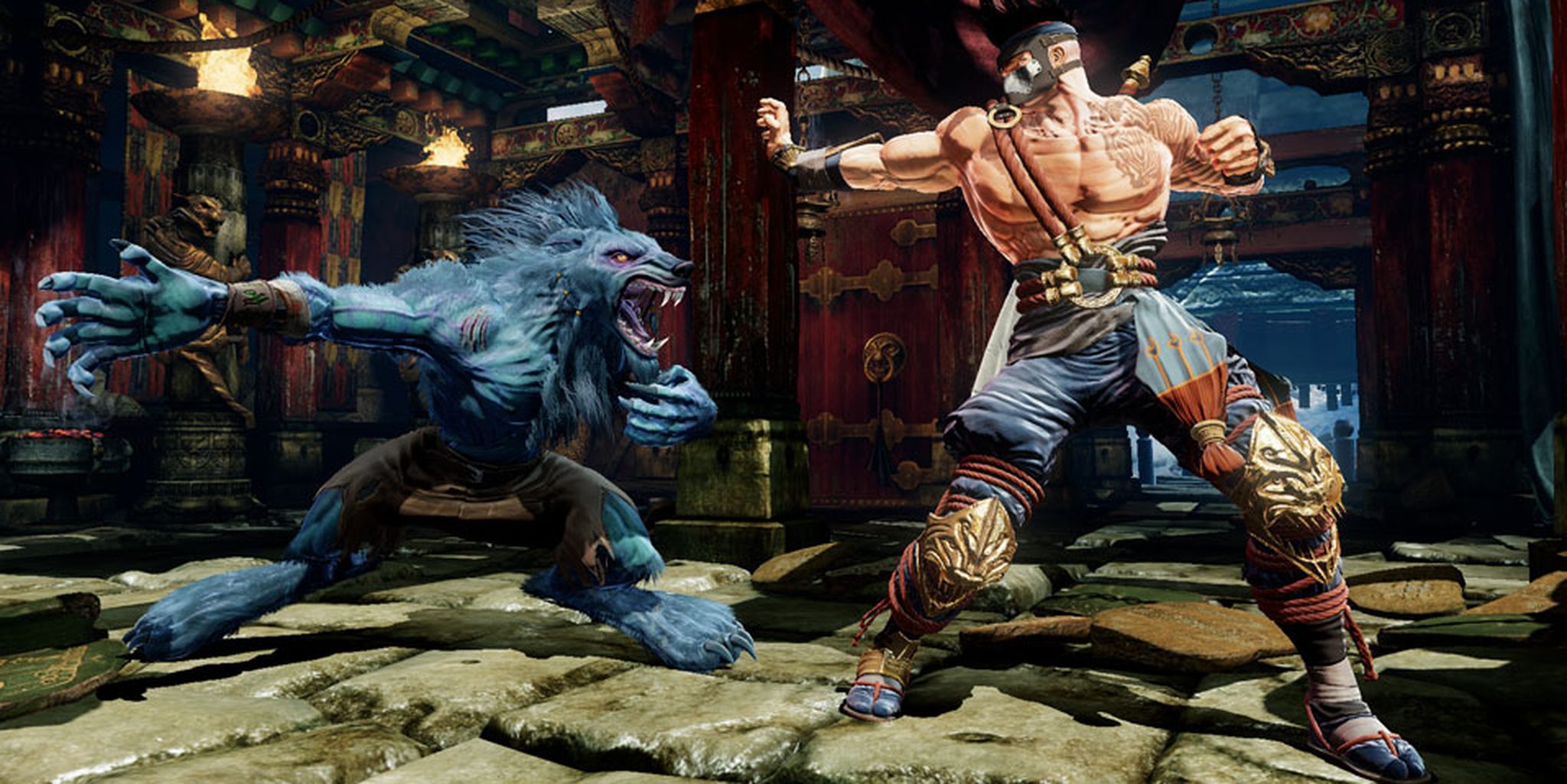 The new season of Killer Instinct has just arrived, and developer Adam”Keits” Heart thinks it deserves your full attention.

Many players and fans in the fighting game community have been slow to accept Killer Instinct. The game is difficult for many to access. It’s exclusive to the Xbox One console. And while some top players, like Justin Wong and Eduardo “PR Balrog” Perez, have embraced the game,  critics have alleged they’ve done this solely to take advantage of weak competition.

Multiple developers have been involved in trying to make Killer Instinct work. The game’s original developer, Double Helix, was forced to move on from the project following a change in ownership. It was then passed to Iron Galaxy Studios, whose prior credits include the purposefully simplistic fighting game Divekick.

Adam Hart, a developer for Iron Galaxy, has a particularly close relationsihp with the fighting game community. He’s a former competitor, and for years organized one of the biggest annual fighting game events, UFGT. He has since left those interests behind in order to focus his time and energy on development.

Making Killer Instinct work is a big challenge for Heart. He’s picking up another developer’s work while trying to win over a skeptical community of players, many of whom can’t play the game.

The Daily Dot spoke to Heart, about Killer Instinct, its future, and its place in the competitive figthing game scene.

Daily Dot: How did you feel about Killer Instinct when you first played it?

Adam Heart: It felt amazing, I couldn’t believe that an American studio made a fighting game that felt this good.

How did you and your team come to take charge of the game’s development?

It’s a weird story. We were actually in the running to make Killer Instinct’s first season. They chose to give it to Double Helix. A couple months later found out Double Helix was being sold to Amazon and that they won’t be able to continue work on it. Microsoft wanted to do it with us. I was super excited, I researched it, played it more and more, and after a couple months went by the deal got signed. And now I’m lead combat designer for the game.

What were the main goals in developing season two?

To uphold the traditions of season one and keep pushing the game in a direction that I believe they were pushing it and would have continued in had they stayed on.

What separates Killer Instinct from a game like Street Fighter 4?

It’s really easily compared to Street Fighter, but anyone can play it. There aren’t complicated motions, combos are easy to get through, it’s the easiest traditional fighting game I’ve played, but still very deep.

What do you think has to happen for a new game like Killer Instinct to gain traction as a competitive title?

I think the game is gaining traction already. But the price barrier is in the way. You have to get an Xbox One, you have to get an arcade stick, the minimum price of entry is somewhere around $600. People have taken that leap. But it’s not a mass market thing yet. But it gives us time to keep moving with the game so when people do adopt it it’s a robust game with a lot of history already. We think it will continue gaining traction.

How do you balance appeasing competitive players and more casual players?

It’s important to balance the game for both, and you will see companies make weird decisions sometimes because they don’t want Joe Schmo to go online and get (beaten) by something that seemed cheap to him. I think the real key to player retention and not frustrating new players is to provide them with information. Explain how to beat what they were beaten by and how to do those things themselves.

Does it hurt the game’s competitive potential to have it be exclusive to one console?

It’s a Microsoft property so (the exclusivity) makes sense. I would love as many people to play the game as possible but it makes sense. And there are benefits. Less quality assurance work, less testing. It’s nice to be able to focus on one platform and truly optimize.

Do you think your background in the competitive scene gives you an edge in trying to make Killer Instinct stick as a competitive game?

I think it does. I’m a “how does it work” kind of guy. I had to ride the new Harry Potter ride many times to see how it works. I’m like that with games too. Games are a set of rules, so if I know all the rules the odds of me being able to solve those rules faster than you are high. Learning little things in Street Fighter and other games, all of that stuff gives me a huge edge. I catch mistakes fast, so we don’t have to spend months testing things that are broken by quality assurance and players. I think being a grumpy old fighting game player helps me because I get bored easily. Most new character concepts, I’ve played it before. On the development side I’m the same way. If it’s the same as what we’ve done before I wanted to go somewhere else with it.

Is Killer Instinct still getting the financial support it needs from Microsoft and other sponsoring companies?

I think it’s starting to get the support it needs. The first year was flat. Microsoft has heard that the fans want more support. Our new season should be more steady, which gives us more opportunities, more marketing reasons to spend money, to go out to events, to make the community a part of the process while also supporting events and maybe sweetening the prize pots (at tournaments) if that’s something we can afford to do.

There’s an impression that some of the top Killer Instinct players, like Justin Wong or Eduardo “PR Balrog” Perez, only participate because they view the game as “easy money.” What do you say to this?

I know Justin really likes the game. I’ve spoken to him about it personally. His basics are just so off the charts. Justin knows what to do better than anyone. He learns a couple of basic things and the rest is just magic. It will be a while before people focused on just Killer Instinct learn the ins and outs and stop making the mistakes they all make.

Some people complain that the game is too flashy and too busy visually. What do you think?

I think that negates itself a little at 60 frames (per second), but at 30 frames (on stream) it’s more jarring. There’s a few things in the game that are upsetting to people’s eyes at 30. There’s too many particle effects, the screen can darken when projectiles are used, and the screen sometimes shakes. We’re looking at those things. Those issues are not that big playing on Xbox One, but on a stream at 30 frames those issues are worse.

Do you think combo breakers, such as those in Killer Instinct, are a good addition to a fighting game, conceptually?

It depends on how they’re implemented. If I press buttons to do it and it costs me something, it’s a mixed bag. Tatsunoko vs. Capcom handled it poorly, some Guilty Gear games handled it very well. In BlazBlue it’s a mixed bag. But Killer Instinct is totally different, you don’t use a resource in this game, it’s just a thing you have to react to and there’s a counter to it. It’s so wildly different that it’s hard to compare to combo breakers in past games where you spend a resource to do it. This is more reactive.