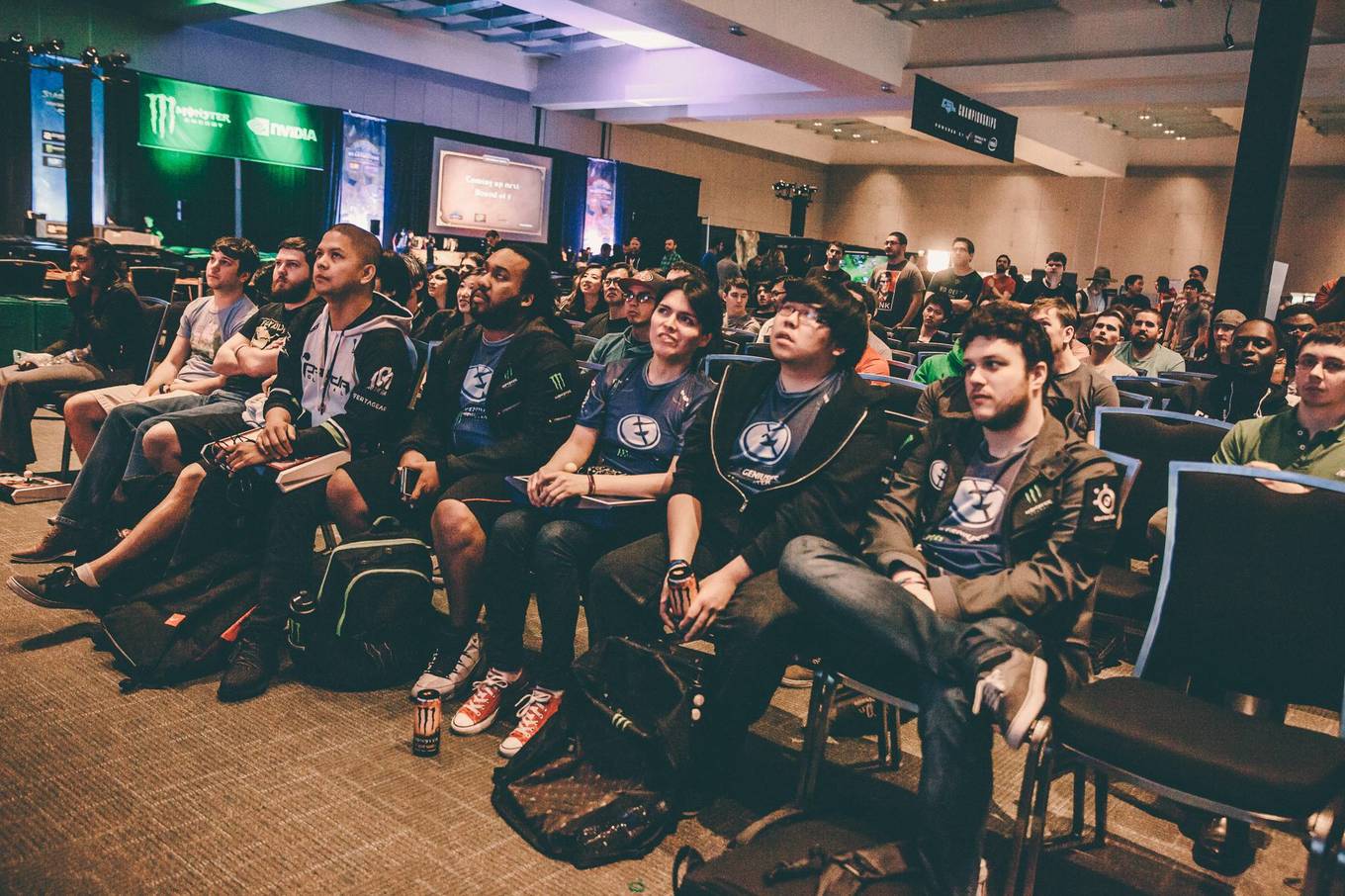 There’s plenty of debate over which Street Fighter V character is the strongest in the American scene. But there’s no debate about the nation’s strongest player is.

Justin Wong all but secured a place in the Capcom Cup on Sunday when he took top honors at the Street Fighter V tournament at DreamHack Austin. The win was his third Capcom Pro Tour victory of the season and his second in as many weeks after his triumph at Northwest Majors last weekend.

Wong, arguably the most popular figure in American fighting game history, currently sits in second place in the Capcom Pro Tour global standings with 460 points. While it’s too early to predict exactly how many points will be needed to qualify for the Capcom Cup, it’s tough to imagine a scenario where enough players pass him in the standings to knock him out of contention. He currently has more than twice the points of the closest American competitor, Echo Fox’s Julio Fuentes.

Wong secured the title with a pair of dominant victories over Liquid’s Du “NuckleDu” Dang to end the tournament. Wong won their winners’ final match in six straight rounds for a comfortable 3-0, with NuckleDu switching characters from Nash to R. Mika to Guile in hopes of finding an answer. Their grand finals rematch was nearly identical, as Wong took the first five rounds of their 3-1 grand final rematch before NuckleDu was able to get on the board.

Wong’s path to the title wasn’t completely free from trouble as he earned hard-fought victories over Eric “Rylander” Tew (2-1) and Panda Global’s Ryan “FChamp” Ramirez (3-2). But Wong at his best was too much for anyone in the field to handle, and he was certainly at his best against NuckleDu.

Though the final did not go NuckleDu’s way, the weekend was still positive for him. His second-place finish was easily his best of the season. The result also qualified NuckleDu for the North American regional final since Wong had already earned a spot in the event.

Ultra Arcade’s Jun “Saionide” Han turned in a great performance in the losers’ bracket to finish in third place. Saionide lost the winners’ final of his pool to Adam “Gottnoskill” Gottner on Saturday, but responded with nine consecutive wins to finish in the top three. He ended the tournament runs of Kenneth “K-Brad” Bradley, Ricki Ortiz, FChamp, and Antwan “alucarD” Ortiz before losing in the losers semifinal to NuckleDu.

As if his run wasn’t enough, Saionide 2was the highest-placing Ken player in the field. He outperformed all three members of the much-talked-about “Trinity”: Chris Tatarian finished tied for 9th, Julio finished tied for 13th, and Brentt “Brenttiscool” Franks tied for 33rd.

On the other side of the world, Nagata “Eita” Hiroyuki showed that he who laughs last laughs best.

Nagata “Eita” Hiroyuki of Japan won Thaiger Uppercut, the first Asian event of the Pro Tour season, in Bangkok, Thailand on Sunday. He became the first player this season to win a Pro Tour event after reaching the grand finals from the losers side of the bracket.

Eita’s win came at the expense of Kevin “Saunic” Souvanheuane of France. Saunic scored a 3-1 win over Eita in the winners final, but Eita got on a roll and never looked back. Eita defeated fellow Japanese player Kishida “Go1” Goichi 3-0 in the losers final—his second 3-0 win over Go1 of the tournament—to earn another shot at Saunic, then won the first set of their rematch 3-1 and carried that momentum to a 3-0 win in the second set of the grand final.

With the win in the year’s first Pro Tour event in Asia, Eita became the first player to secure a spot in the Asian regional final. He also moved into the top ten in the global Pro Tour standings.

The field was softened a bit thanks to the first Street Fighter V Crash semifinal in Seoul, as eight of the Asian players who qualified for last year’s Capcom Cup were featured in that event. Eita, Saunic, and Go1 all used the opportunity to secure their best-ever Pro Tour results.

AVerMedia’s Bruce “Gamerbee” Hsiang and Martin “Marn” Phan, a pair of names familiar to Western audiences, tied for fifth place. Both men had to run through the losers side of the bracket after losing in pools to the eventual finalists; GamerBee to Saunic and Marn to Eita.

Next weekend’s Asian event, Battle Arena Melbourne 8 in Australia, will be significantly bigger in scope than the 90-player Thaiger Uppercut event. Nearly 600 players have registered for the event, including reigning Evo champion Momochi Yusuke.