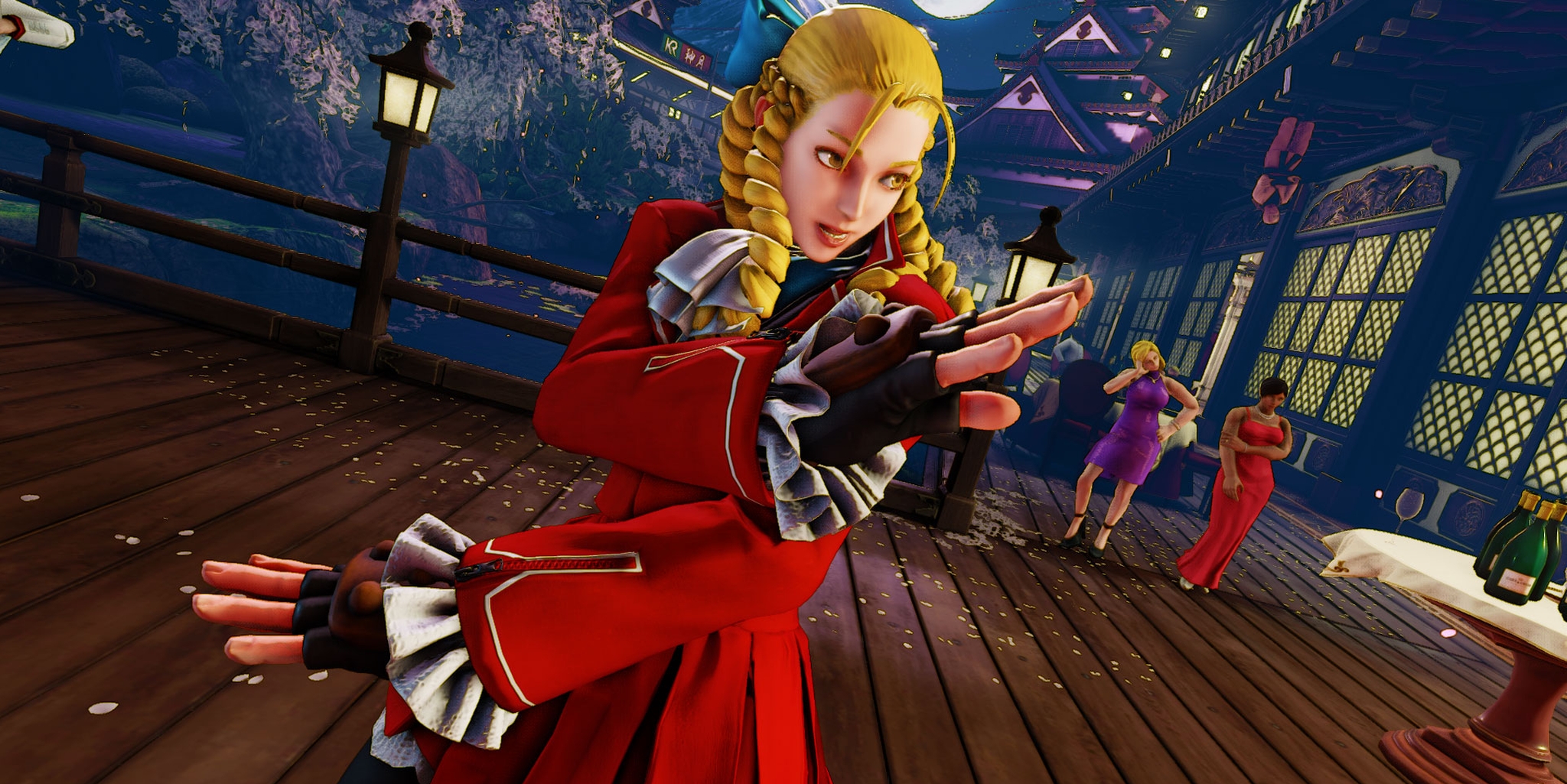 If you blinked at any point last weekend, you probably missed something big on the Capcom Pro Tour. Four big Street Fighter V tournaments went down over the weekend, and there was something to watch at each of them. Justin Wong chased history, Nathan “Mister Crimson” Massol chased down the players at the top of the European standings, Umehara Daigo chased his first victory of the season, and Tse “Tse4444” Wa Ping chased his first Pro Tour points in nearly two years.

Here’s what happened on the Capcom Pro Tour last weekend—and what it means for the rest of the season.

Justin Wong tied a Pro Tour record for most wins in a single season on Sunday with his win at Furia Tica 2016 in Costa Rica. The victory was the American player’s sixth of the 2016 season, matching the number won by both Lee “Infiltration” Seon-Woo and Olivier “Luffy” Hay last season.

Wong ended the tournament by twice defeating Wilfried “Will2Pac” Jean-Baptiste of France. Will2Pac won the first game of their winners’ final meeting, the first game Wong lost all tournament. Wong would not lose another, as he rattled off three of his own to take the set 3-1, then scored a 3-0 victory in their rematch in the grand final.

Will2Pac didn’t earn a title, but he did earn a spot in the Latin American regional final. Wong had already qualified for the final thanks to his win at Cacomp Arena Jam in April.

Costa Rica’s Gabriel “Gabo” Miranda (tied for fifth) and John “Kakaroto” Salinas of the Dominican Republic (tied for seventh) were the only players from the Latin American region to place among the top eight finishers.

With Wong’s place in Capcom Cup 2016 all but officially secured, his win only impacts his race for seeding. Wong moved into second place ahead of Ai “Fuudo” Keita, but the first-place Infiltration remains more than 800 points out of reach.

Fuentes’ position isn’t quite as assured, but the 32 points he earned this weekend solidified his hold on a Capcom Cup berth. The top ten players who fail to win a Premier event will qualify for Capcom Cup, and Fuentes is currently fourth on that list.

Will2Pac’s second-place finish moved him into the top 25 of the global leaderboard, but he remains well outside of qualifying position. With his points almost equally split between Latin America and Europe, he is not in a strong position in either region. If he doesn’t plan on attending more Latin American events, the place in the Latin American final he earned this weekend may be critical to his chances.

K-Brad’s seventh-place finish was enough to make him the sole leader on the Latin American leaderboard, but it didn’t significantly change his chances. He still likely needs one more win in Latin America to lock up a Capcom Cup berth.

Nathan “Mister Crimson” of France Massol won the season’s first European online ranking tournament on Saturday. He held off Chris “Cobelcog” McEntee of Ireland in a grand final that was a tale of two halves. Mister Crimson, who entered from the losers’ bracket, picked up a dominating 3-0 win in the first set. The second and decisive set was much closer, with the Frenchman clutching out a victory in the final seconds of the final round of the final game to score a 3-2 victory.

Cobelcog’s second-place finish was good enough to qualify for the European regional final, since Mister Crimson had already qualified with his season opening victory at Cannes Winter Clash.

The European Capcom Cup qualification race is starting to become a three-horse race.

Mister Crimson was on the outside looking in just one week ago. Now, he’s in Capcom Cup qualifying position. His win brings him to 269 points in Europe, just four points behind leader Younes “CCL” Lazaar in the European standings and 63 points clear of the closest player who can knock him out, Problem X.

CCL’s 97th-place finish this past weekend was poor, but it didn’t hurt his chances as much as Mister Crimson’s victory did. He still maintains a 67-point buffer between himself and Problem X for a Capcom Cup berth, but one good weekend can make that gap disappear. However, one more win for either himself of Mister Crimson would likely be enough to secure qualification via the global leaderboard.

Luffy, like the rest of Europe, watched the leaders pull farther away from the rest of the pack. His 13th-place finish means that he is now 170 points outside of Capcom Cup qualifying position. With just six European ranking events left, Luffy is quickly running out of time to close that massive gap.

Hayashi “Mago” Kenryo earned his second Pro Tour victory of the season with a win at Well Played Cup in Tokyo, Japan on Sunday. In the process, he denied his former Mad Catz teammate Umehara Daigo his first of the 2016 campaign.

Mago defeated Daigo 3-1 in the winners’ final. Daigo earned a rematch by defeating Kishida “Go1” Goichi 3-2 in the losers’ final, but Mago scored another victory—this time by a 3-2 margin—to take home the title. Daigo did win the Asian regional final berth at stake, as Mago had already qualified earlier this season.

With this victory, Mago now has 374 points. He isn’t quite at the safety just yet, but his current total may already be enough to secure a Capcom Cup berth. Still, a few more points certainly wouldn’t hurt.

Despite his second-place finish, Daigo still remains well outside of Capcom Cup qualifying position. That said, it’s not time to hit the panic button just yet. Daigo will attend OzHadou Nationals, East Coast Throwdown, and Lockdown 2016 over the next four weeks. Strong performances at all three events – or a win at one of them – puts him right into the thick of the race.

Haitani didn’t do enough to wrap up a Capcom Cup berth this weekend, but it’s hard to imagine that he won’t do that soon. He’s already at 364 points so it shouldn’t take much more, but he’s not completely out of the woods just yet.

Go1 and Fujimura “Yukadon” Atsushi didn’t significantly improve their chances, but both remain in the top 15 of the global standings.

Tse “Tse4444” Wa Ping of Hong Kong earned a spot in the Asian regional final with his victory at Yancheng Cup in China on Sunday. Tse4444, who hadn’t earned any Pro Tour points since his 13th-place finish at this event two years ago, was sent to the losers’ bracket early in Sunday’s action. He responded by rattling off five do-or-die victories to take top honors, with the final two wins coming over China’s Lu “Xiaohu” Xi Oh in the grand final.

Tse4444’s win was just the second time this season that a non-Japanese player won an Asian event. The first came just last week when Ho Kun Xian of Singapore won the first Asian Online Qualifier, an event in which Japanese players were ineligible to participate.

A pair of names familiar to Western fans were absent from the later stages of the tournament, as both Zeng “XiaoHai” Zhuojun of China and Egami “MOV” Joe of Japan were eliminated during Friday’s pool play.

None of the top three finishers are in qualifying position yet, as they entered the weekend with a combined zero points. Tse4444’s spot in the Asian regional final is a nice prize, but with players like Xian, Daigo, Mago, and others of that caliber to deal with, a win there is a very big ask.

MOV had a chance to build on his fourth-place finish at Evo, but he earned nothing this weekend. He still has work to do to secure a Capcom Cup place.

Bonchan’s fourth-place finish was his best of the 2016 season, but it only brought his season haul to 22 points. He will need to get some big results in a hurry if he is to return to Capcom Cup.