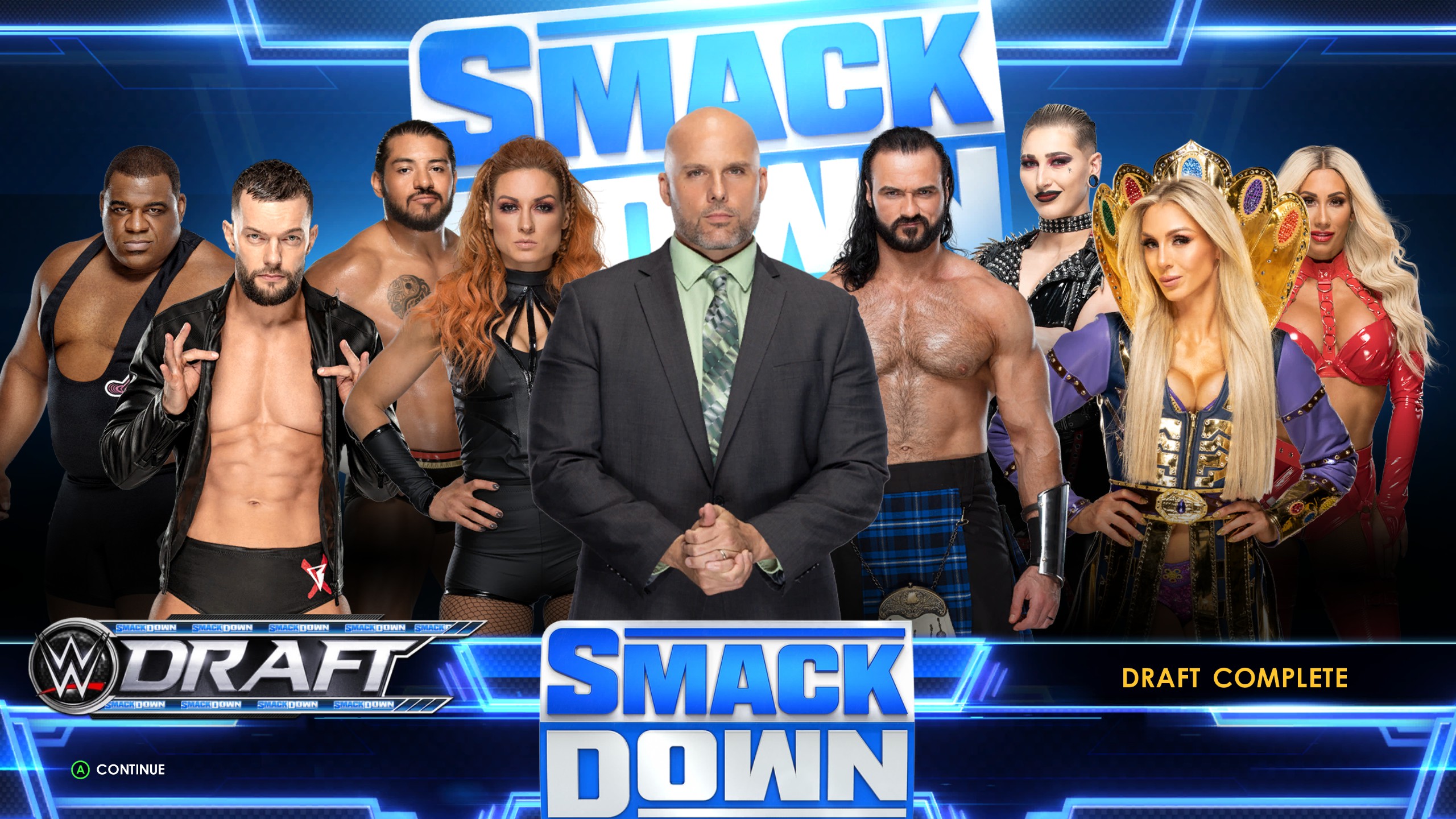 After a one-year hiatus, the essential wrestling sim is back with WWE 2K22, and with it the long-awaited return of the GM Mode from years past, now known as MyGM.

MyGM tasks the player with drafting a roster of their own, and booking their wrestlers in the right matches and programs to defeat the GM of the other promotion. Like in traditional sports, and when WWE does drafts of their own on television, victory or defeat can be determined in the draft, so it’s important to know what you’re doing.

Before you even start selecting superstars, you’ll have to select which brand and which GM you will use. The four brands are Raw, Smackdown, NXT, and NXT UK. There are five choices of GM: Adam Pearce, Sonya Deville, William Regal, Shane McMahon, and Stephanie McMahon. Each promotion and GM comes with its own power card, which you can use to give yourself an advantage.

Here are the promotions and their power cards:

Here are the GMs and their power cards:

Remember, power cards are one-time use only, but some of these can be pretty useful in the right circumstance. For promotions, the best recommendation is Smackdown. Having that popularity bonus with Smackdown means jumping out to an early lead, and has the most drawn-out positive effect.

As for which GM to pick, either Adam Pearce or Sonya Deville is the best to pair with Smackdown. Being able to raise the levels or rivalries right before a big PPV event could be huge, as could raising the entire roster’s morale.

Now you’ve arrived at the draft, so it’s time to put your roster. For any roster, we recommend around 12 superstars. At a minimum, you draft eight superstars, but you have the option to draft up to 15. However, 12 feels like the right number, giving you flexibility and variety without using your entire budget.

For these 12 wrestlers, you want a mix of good guys and bad guys, men and women, and different classes. Matches with good guys facing bad guys will do the best, as will Bruisers vs. Fighters, Cruisers vs. Giants, and Specialists vs. anyone. You can always pick up more superstars in free agency, but they’re either only for a few weeks or expensive if permanent.

You’ll want to start from the top and work your way down. Your first two picks should be a man and woman that will serve as your inaugural champions: Becky Lynch and Brock Lesnar, Drew McIntyre, and Charlotte, for example. Then pick wrestlers who match well with your top two stars when it comes to class and role, then start building up your mid-card.

Make sure to check “Superstar Info” before making a selection. You want well-rounded superstars with high Stamina, Popularity, Morale, and Promo Skill.

A well-balanced and deep roster is critical to success in MyGM. But if you do your homework, eat your vitamins, and say your prayers, you’ll do just fine brother.