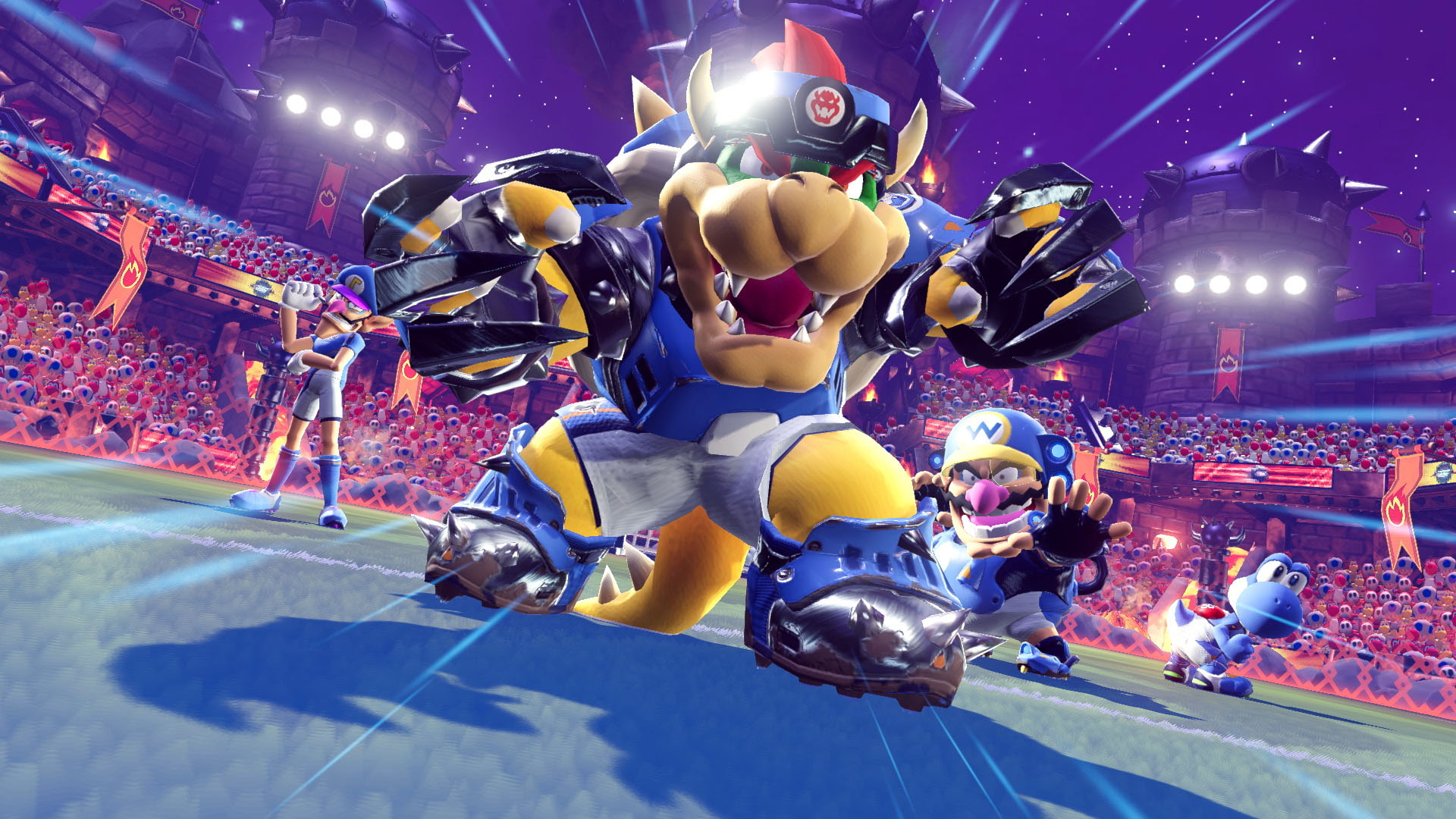 There’s no greater honor in association football (or soccer) than competing for a legendary club. But in Mario Strikers: Battle League, the honor and the responsibility falls on you to create a club from the ground up and go from pretender to title contender.

In Mario Strikers: Battle League, players can participate in the Strikers Club mode, where you can create or join a club and compete in online matches against other clubs from around the world. Strikers Club takes place across various seasons, during which players earn points to advance through different divisions. Your club will collect tokens you can use to customize and upgrade your club.

Before you create or join a club, you must first select your Striker. This is the character you will control during gameplay. Don’t worry, you can always go back and change your Striker later to better suit your team’s composition. You’ll also be given coins to select gear. Once that’s done, your club awaits you, Toad Lasso.

How to join a club in Mario Strikers: Battle League

After creating your Striker, your first option will be to join a club. At first, a list of recommended clubs will appear. These are mostly beginner clubs, and you can see how many players are on the roster, what division they’re in, what region they play in, and their “club policy.”

Club policy is a category that helps distinguish clubs between each other. You can search for clubs based on club policy, which can include preferred region and language, how seriously the team plans to take Strikers Club, and even what kind of gear they wear.

If a friend of yours is in charge of a club, they can send you a club code as well so you can pull up their club right away.

How to create a club in Mario Strikers: Battle League

Select Y in the join club menu to create a club. Type in a name that’s up to 14 characters, then select a uniform set. You have a home and away kit, with six options for each. Then, you can select your region, club policy, and join conditions. All of these can be altered after making your club.

To invite people to your club, you can hit Y on the main club menu to display the club code.