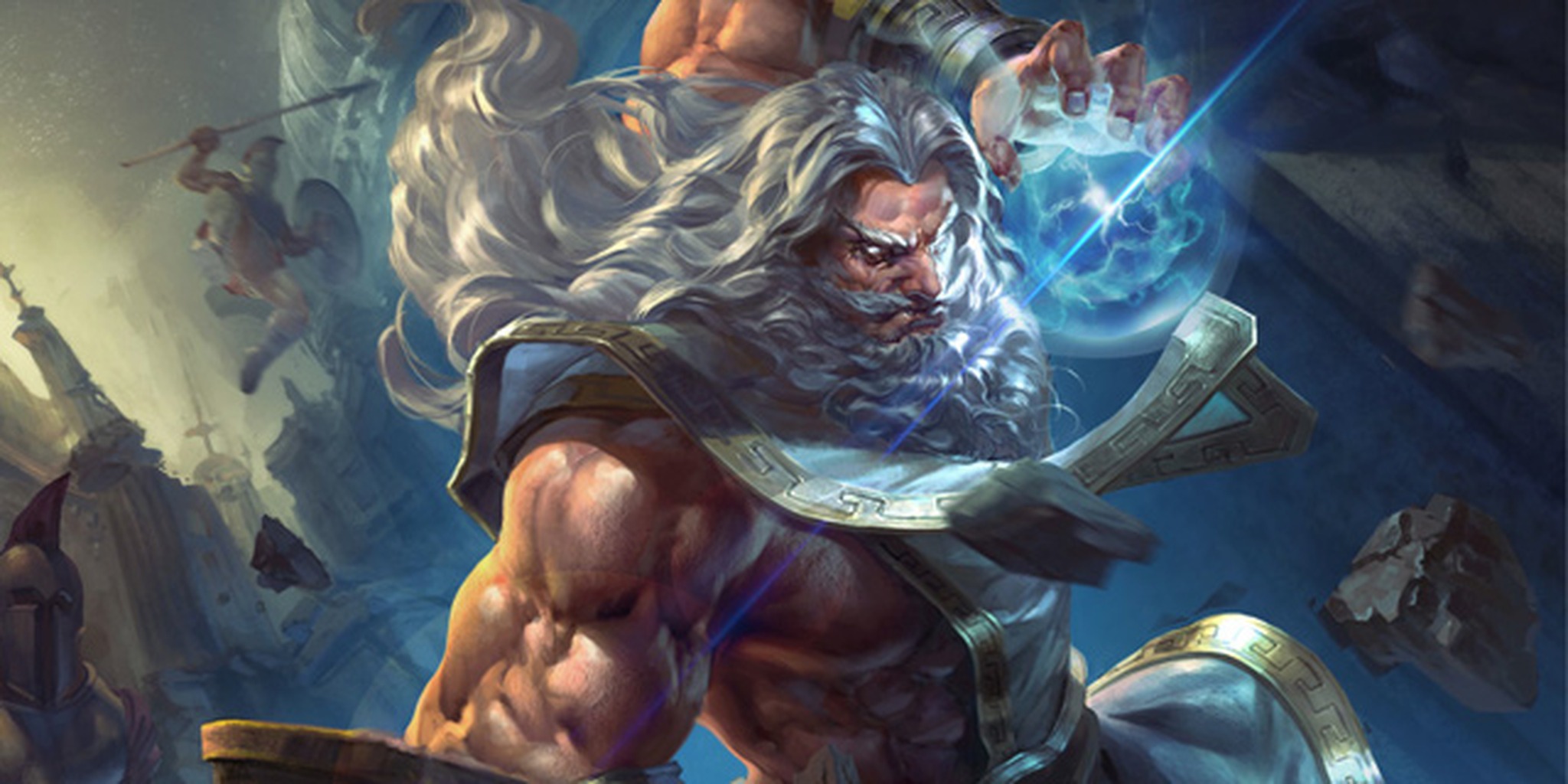 The game wasn’t League of Legends, or StarCraft 2, or even Counter-Strike: Global Offensive. It was Smite, the god game, a multiplayer online battle arena with a twist—it’s played with a third person camera and shooter controls.

Smite officially launched in March and stormed onto the esports scene thanks to backing by developer HiRez Studios, who grew weekly tournaments with small cash prizes into a professional league culminating in one of the biggest prized tournaments in history. And that’s just the first year for Smite.

This year promises even more—or at least, more of the same, according to HiRez co-founder and COO Todd Harris. In 2015, the company will continue its esports commitment and also do something no other major MOBA has managed: launch on a major video game console. In our previous conversation with Harris, we talked about the past and present. This time around, we turn our attention to the future, now that the $2.6 million World Championships are behind us.

The Odyssey was an important source of funding for the tournament this year. What are your plans next year? And talk to us about the pro league: do teams receive salary compensation similar to the LCS?

Our Pro League was only this fall. That’s another point with the Odyssey— it was only a 21-week fall program. So as to your question on how to generate money next year, there’s a number of ways we could do that. We could have the crowdfunding open longer than I wanted to.

As for the pro league, teams received a very very modest stipend, I would say, not something I would position as a salary.

We had a kickoff tournament and a regional tournament. Those both had a $50,000 prize pool for NA. The winning team took $25,000 in each region. The philosophy was definitely prize oriented. You had to win to earn the money. The participation was not zero, but very modest.

Is that something you want to change then to promote this pro ecosystem, since the players need enough to do this professionally?

I will say it’s just an active discussion point with the teams and the sponsor organizations around which models they prefer. It’s something we’re open to, but certainly not something we have in place right now.

Why did you guys decide on the Pro league, versus a circuit system with more events like the Launch Tournament?

That was kind of an evolution. We went from the completely open weekend tournaments. We knew we wanted to culminate in a world championship, the SWC. We just thought that in between there was an appetite from the teams and viewers for more regularly scheduled game content. It’s pretty hard with the weekend tournament. It’s less predictable for the teams to know when to play and for viewers to know when their favorite team is going to play. The weekend tournaments were helpful for all the reasons I discussed. They showed us that there were enough good teams in North America that were consistently winning that we could put together a pro league.

Will the league expand next year?

We will announce more of that shortly after we finish this season, but that philosophy of a pro league worked well. That’s something we’ll be continuing.

Right now League of Legends has all sorts of problems with ping. Do you feel like that has a negative effect on online results? Is it possible the Smite Pro League might go live, like the LCS?

Because we do have the servers, at least the European and NA servers, I don’t think players would blame ping for their online performance. I think there’s just different dynamics playing on LAN. The experience of having done it before certainly helps. I think that’s the primary contributor.

Online is helpful, just because it allows more teams to participate honestly and not be as disruptive to their life, particularly if you’re talking about someone having to change regions.

So far you guys have hosted most of your own esports events. Will we see Smite at third party events next year, like maybe the Intel Extreme Masters?

It’s definitely on the table. Already our European events are done in conjunction with ESL, and ESL has hosted other third party tournaments.

Nothing to announce yet, though. Still in early conversations.

Smite is coming to Xbox soon. I believe it’s the first major MOBA going to console.

It’s definitely the first MOBA on a next-gen console. A very small handful of MOBAs were launched on previous gen. None of them really found traction.

Smite, because of the direct control of your character, really translates well to a console controller, where the click-to-move style MOBAs would be much harder to translate. It feels really comfortable to play with a controller. We think players of Call of Duty and Halo and other competitive console titles will probably find something to like there.

How tough has it been to port the game? What’s needed to change, the minimap and user interface?

The user interface is being completely re-designed for that living room, ten foot experience. That includes the item store, some HUD changes. Spell menu. Really, all the places on the PC there’s a lot of tiny text on the screen doesn’t work very well on the TV.

No. That’s a deliberate design decision. They’ll be on separate servers.

Because the controls are different, inevitably some gods, the operation will be a little easier or harder between the mouse and keyboard and the controls.

Does the capability exist if you wanted to host a match? At some point

With a little bit of technical work, then in theory there could be an exhibition LAN match one day. If there was enough demand the development lead would probably be up for doing that work.

What does it feel like to launch a console title? All of your other games are PC titles.

It’s exciting for us, certainly. Worldwide, the PC is the dominant platform as far as install base. But when people in the US and the UK talk about gaming, the more mainstream assumption is you’re talking about a console. So for us it’s exciting.

The console is what’s considered a mainstream platform in the US. MOBA is the most popular game type in the world, but there really hasn’t been a MOBA on console. So the opportunity to put those two things is pretty exciting.

How do you guys plan to market the title to console players?

At this point, all we’ve really announced is that sometime in calendar year 2015 it will be released. We’ve announced at the SWC an alpha version will be playable to the attendees.

Even at that event, we’re involving some experienced console players to get hands on with the Xbox one version and give us feedback.

A few months back we added Scott [Scott “Gandhi” Lussier, former Major League Gaming Halo champion and Call of Duty commentator] to the team, and that was part in getting that expertise. He’s been very involved in playing the game very often and giving feedback to the development team.

As with the PC we haven’t announced dates, but we will have a beta with the Xbox One and we will be soliciting feedback from players, both casual and competitive.

You guys had a lot of success with your weekly esports tournaments on PC. Is there a starter esports plan for the console?

The short answer is yes. We do expect there will be an appetite for esports tournaments specific to the Xbox version. Like with the PC, we will likely start with some smaller scale tournaments to make sure that the appetite is there and the game is ready.