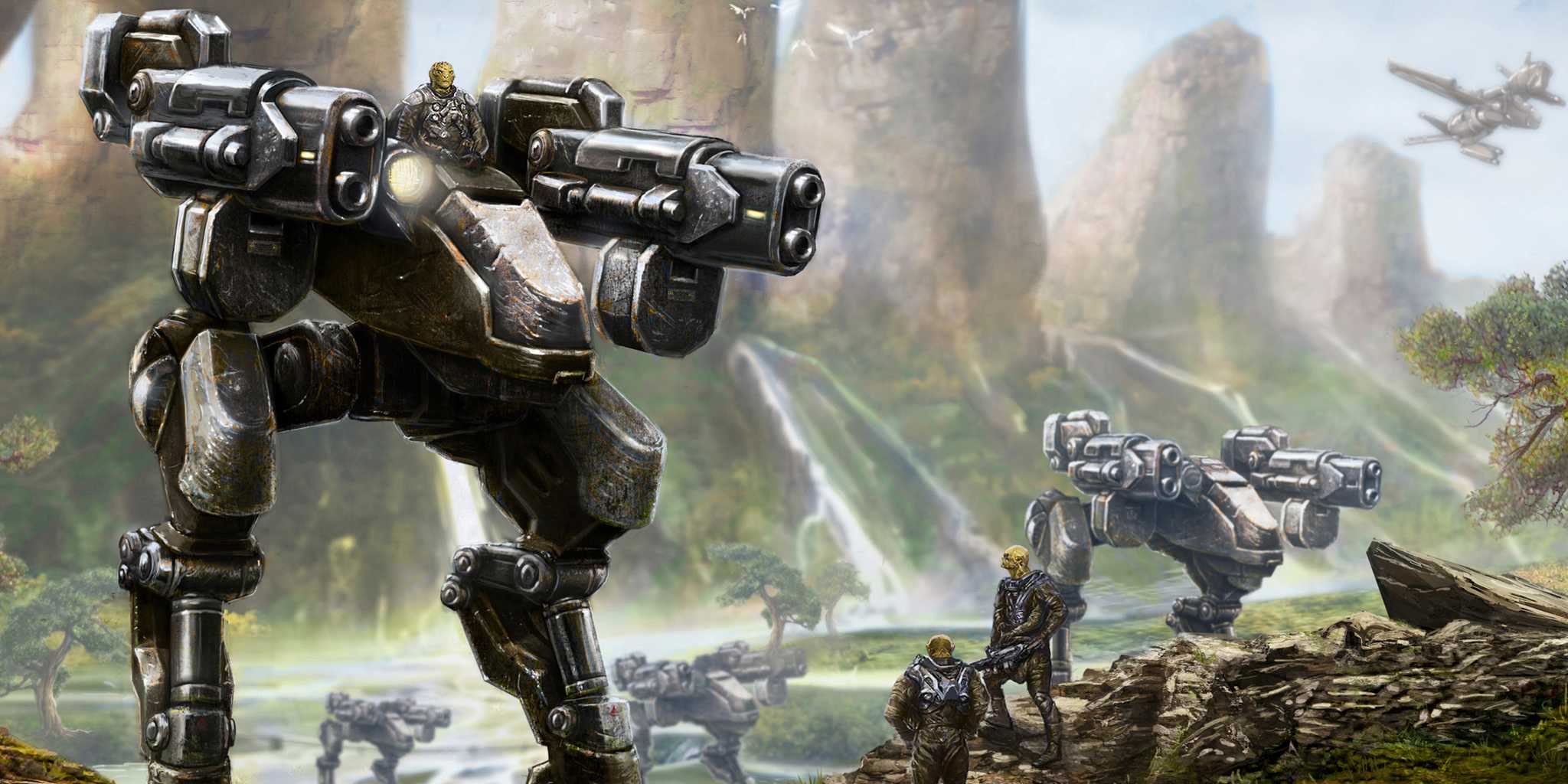 Games like Warcraft, Command & Conquer, Dune, StarCraft, Age of Empires, and Total Annihilation were huge hits during the 1990s. But ever since, the genre has shrunk. Only a few exceptional successes have appeared over the last decade.

Grey Goo, an upcoming strategy game by Las Vegas-based Petroglyph, is built on the genre’s classic fundamentals, aiming to make the old new again. Best of all, the heads of the development team behind Grey Goo have some serious RTS bona fides. They used to work at Westwood, the iconic strategy studio that once produced Dune II, the original RTS, and Command & Conquer, one of the genre’s all-time greatest franchises.

Grey Goo’s exotic science fiction world, a planet called Crux that has been compared to Avatar, plays host to an old fashioned RTS battle: Three asymmetrical factions (“the impervious Humans, adaptive Beta, and unpredictable Goo”) offering various play styles, an emphasis on macro decisions over fast micromanagement, and a game with base building at its core.

“It all started when we were approached with an unusual opportunity,” Joe Bostic, creative director and co-founder at the Petrogylph studio said. “Build an RTS with a combination of modernized design and classic sensibilities, but with a faction unlike anything seen before.”

Players are “freed from having to issue hundreds of orders in a match,” the developers say, so that “each decision is made more valuable and can mean the difference between victory and defeat.”

Instead of a keyboard full of commands that can yield 500 actions per minute as in StarCraft, all the game’s controls are based in the QWERTY row of the keyboard as in a MOBA like League of Legends.

The simplicity has a cost. Previewers say that the terrain is featureless and the units are undistinctive so that only army size rather than composition seems to matter. It’ll be interesting to see if the developers attempt to change that drastically before release.

The developers, harkening back to their hefty resumes full of classic strategy titles, call the game a “true RTS.”

Competitors like StarCraft have one major feature that makes them so appealing: Speed.

But beyond the many vocal, loyal fans, there is a large group that has been complaining about the fundamental building blocks of StarCraft since the first game was released in 1998. They say that StarCraft actually moves too fast and is more about quickness than deep strategy. Grey Goo could be a great alternative for strategy gamers hungry for something new but familiar.

Like the all the best games in the strategy genre’s history, Grey Goo also has esports ambitions.

The new title will come complete with online play, ranked and unranked matches, competitive ladders and matchmaking, and Local Area Network play—news which the developers delivered on their website with some gusto, a little poke at Blizzard’s titles which have noticeably lacked LAN options in recent years.

Petroglyph, Grey Goo’s developers, are the same crew behind the never-released sci fi multiplayer online battle arena End of Nations and the failed Kickstarter for Victory, a World War II arena strategy game. So with recent developer layoffs and a couple of lost projects, fans will want to see something more concrete before they get their hopes up for Grey Goo. For now, Petroglyph is planning for a late 2014 launch.

In a genre that has shrunk drastically for years, fans will welcome back back strategy’s founding fathers. Whether they can stay welcome, however, remains an open question.