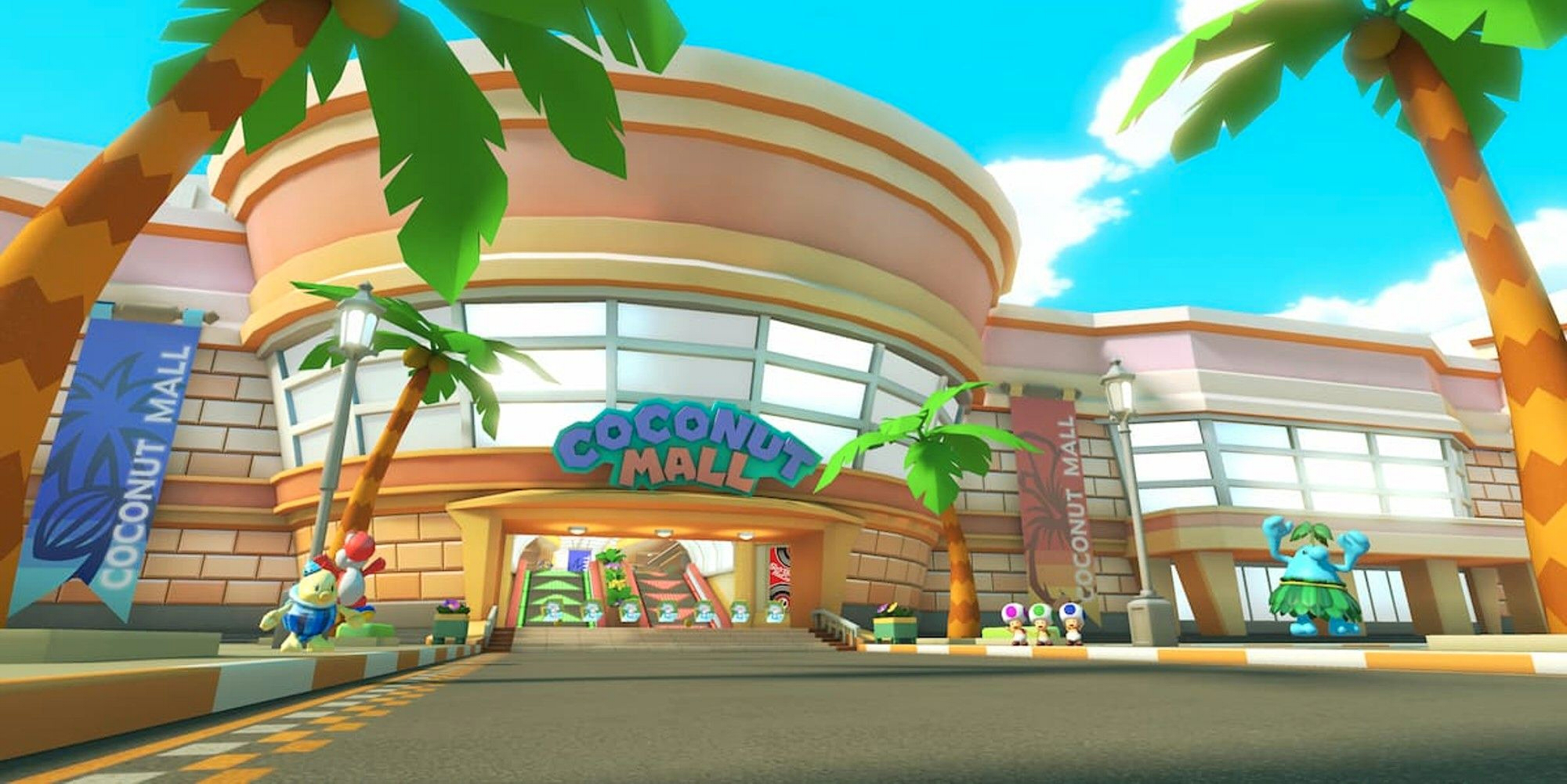 In a response to an official Nintendo tweet promoting Mario Kart 8 Deluxe‘s Booster Course Pass DLC, fans pointed out that the cars in the final straightaway of Coconut Mall no longer move. In the original version of the course, which first appeared in Mario Kart Wii, the cars were driven by Shy Guys and Miis and would move back and forth. Colliding with a car would stop a player’s momentum entirely, potentially knocking them down in placement right at the end of a race.

In the Booster Course Pass version of the course, the cars don’t move, resulting in more of a static hazard for players. One fan called attention to the discrepancy in a tweet response, pointing out they move in every other iteration of the course, including Mario Kart Tour‘s version of Coconut Mall.

While some initially said that the change might be the result of a bug, dataminers found out the game’s code does include movement data for the cars, meaning that the cars could potentially move but that Nintendo intentionally chose to make them static. The tweet has some fans up in arms, accusing Nintendo of making the course too easy for kids.

This isn’t the first time that fans have been upset about changing Coconut Mall, one of Mario Kart’s most well-known courses. Shortly after the Booster Course Pack went live in March, fans complained about adjustments made to the course’s escalators. Nintendo has yet to respond to the complaints.