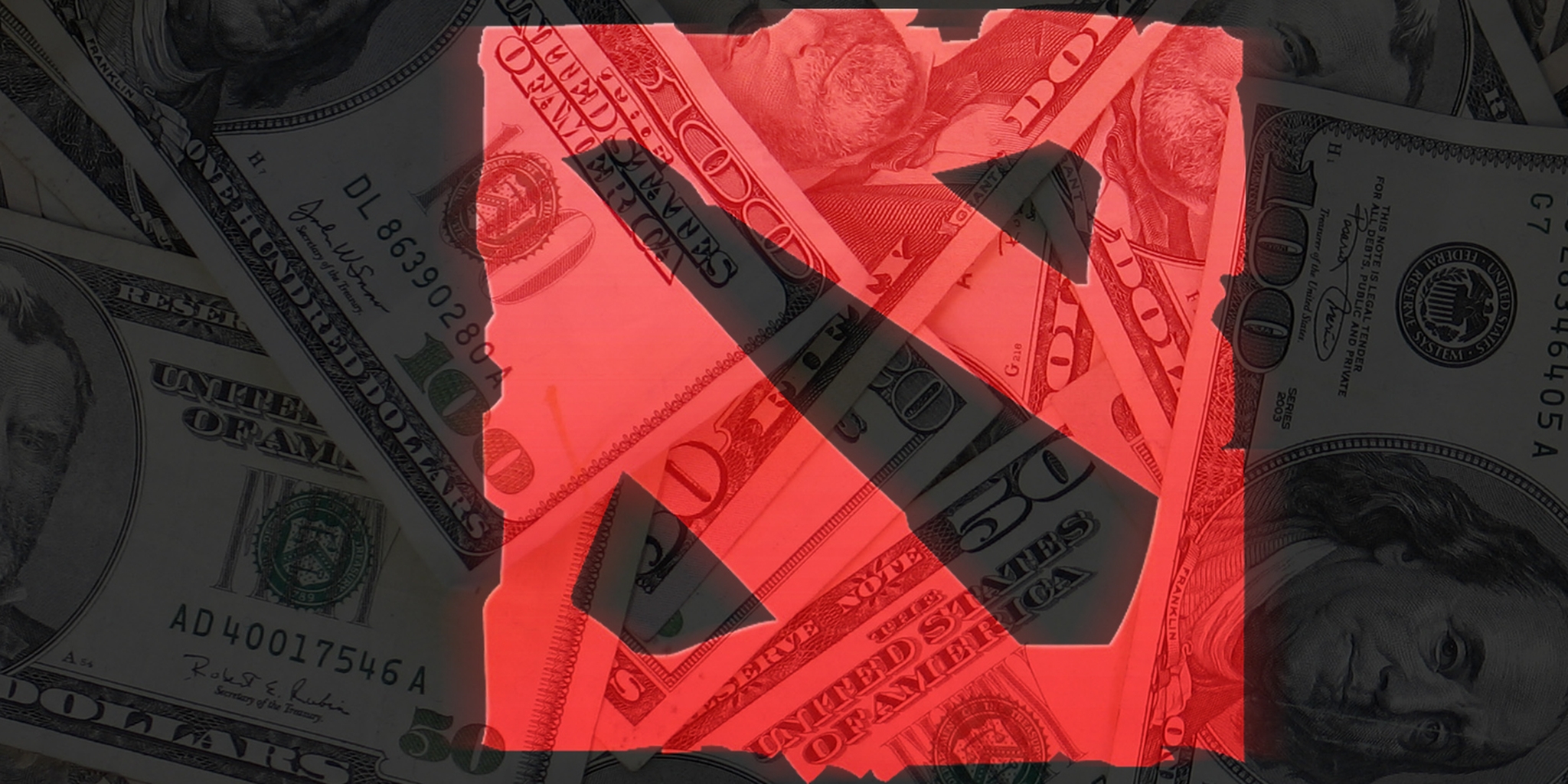 The prize pool of the biggest esports tournament of the world hit $6 million earlier this morning.

After two decades on the fringes of mainstream attention, professional gaming is on the rise. The suddenly explosive esports industry has featured in a half-dozen trend pieces in the past year alone, from NPR to HBO. YouTube is rumored to be buying video game service Twitch for $1 billion, which is at its heart an investment in the future of esports.

And now the prize pool for Valve’s yearly Dota 2 tournament, The International, has shattered its own record of $2.8 million. That makes it one of the richest sporting events in the world.

For any non-gamers out there, Dota 2 is a battle arena game, in which teams of five player-controlled heroes attempt to destroy the other side’s base, known as an “ancient.” It’s the second-biggest esport in the world, after League of Legends, and on any day is one of the most popular games streamed on Twitch.

The prize pool is so massive because it’s funded, in part, by the community. Valve sells an interactive tournament guide called the Compendium, with $2.50 of every $10 sale pushed into the pool. Valve also offers stretch rewards, like cosmetic perks and new in-game features based on how high the prize pool rises. Hitting $6 million unlocked the final perk—an item that allows a user to customize their base.

As of press time, the TI4 prize pot sits at $6,015,655 in total. Assuming it uses the same prize distribution as last year, with 50 percent of the pool going to the champion, that’s about $3 million  for the winning team.

We took a look at some of the the world’s biggest sporting events to see how The International stacked up.

While it can barely shake a candle at some of the most massive events, like the UEFA Champions League and its mind boggling $50 million first-place prize, it does stack up favorably to some of the world’s most famous events.

– The Tour de France, cycling’s premier event, will hand out $616,500 to the individual winner and $3 million in total winnings this year. The individual amount is comparable to what each member of the winning team will earn.

– The Kentucky Derby out $1.4 million to the winning horse this year, with a pot totalling $2.2 milliion. Though the real money is made after the race and the lucrative breeding market. The owners of California Chrome purportedly turned down a $6 million offer to buy 51 percent of the animal before he won the Derby. Now they estimate his value is more than $30 million.

– Every year, golfers top the list biggest earners in sports, thanks mainly to endorsements. The prize money at The Masters, one of the sport’s premiere events, is fairly comparable to The International. Bubba Watson took home $1.62 million when he won earlier this year, while the event handed out $9 million total, a number that Dota itself might reach before crowdfunding ends.

– Esports receives a lot of comparisons to Poker as a sport, but right now esports is a bit behind, prize-wise. That’s probably not surprising considering part of poker’s appeal is throwing around fat stacks of cash. The World Series of Poker had a top prize of $8.5 million in 2013, and that wasn’t even the highest stakes event of the year.

– The men and women’s singles winners at Wimbledon next month will take home $2.96m each, with $16 million on the line in each singles event. The total pot, including all three doubles categories, sits at $42 million.

– The Indianapolis 500 gave out $2.3 million to the 2013 winner, Tony Kanaan, with $12 million overall. This year’s edition, set for this weekend, promises to hand out more.

But the real big boys are the team sports, a category that best suits Dota, as a five-aside game.

– The payouts vary based off ticket sales, but Major League Baseball and the National Football League award hefty sums to their champions. The 2012 Super Bowl Champion Baltimore Ravens pulled in $11 million. The San Francisco Giants raked in $19 million  in winnings by taking the World Series in 2012.

Soccer, though, is the undisputed prize pool champ.

– This year’s World Cup will award $35 million to the winning country, but the prize pool overall totals a ridiculous $576 million.

– The UEFA Champion’s League, which pits the top teams from Europe’s pro soccer leagues against another, is the most lucrative competition in the world. Bayern Munich pulled in almost $50 million for taking the title last year, and they made half that on top thanks to sharing of television revenue.

While the The International now stacks up against many of the top sporting events in the world, prize-wise, the globe’s biggest games are still in a different stratosphere.

The International features a much more top-heavy prize distribution than most traditional sporting events. That’s been a point of contention among esports fans for quite a while. How can esports support a growing competitive scene, if only a select few teams make enough money to support themselves?

That ties in with the biggest difference between esports and these traditional events—money earned outside of the prize pool. Many of these competitions award extra dough based off television draw. Juventus, for example, actually pulled in more money than Champion’s League winners Bayern thanks to their bigger television draw.

Many athletes also pull in heaps of additional money thanks to sponsorship deals, or salaries that dwarf what they earn for winning. The esports scene is growing, but isn’t handing out million dollar contracts just yet.

One of the most expensive transfers in esports history happened a month ago, and for a relative pittance, rumored to be around $100,000 for an entire, five-person Call of Duty team. That’s a far cry from the $6 million thrown around for half a horse, much less the $2 billion needed to buy the Los Angeles Dodgers.

But even so, The International’s prize pool is impressive. It tops the Boston Marathon, the Kentucky Derby, the Tour de France. It’s close to The Masters and the Indianapolis 500. It’s a number big enough that you can reasonably declare that The International 4 truly is one of the biggest sporting events on the planet.