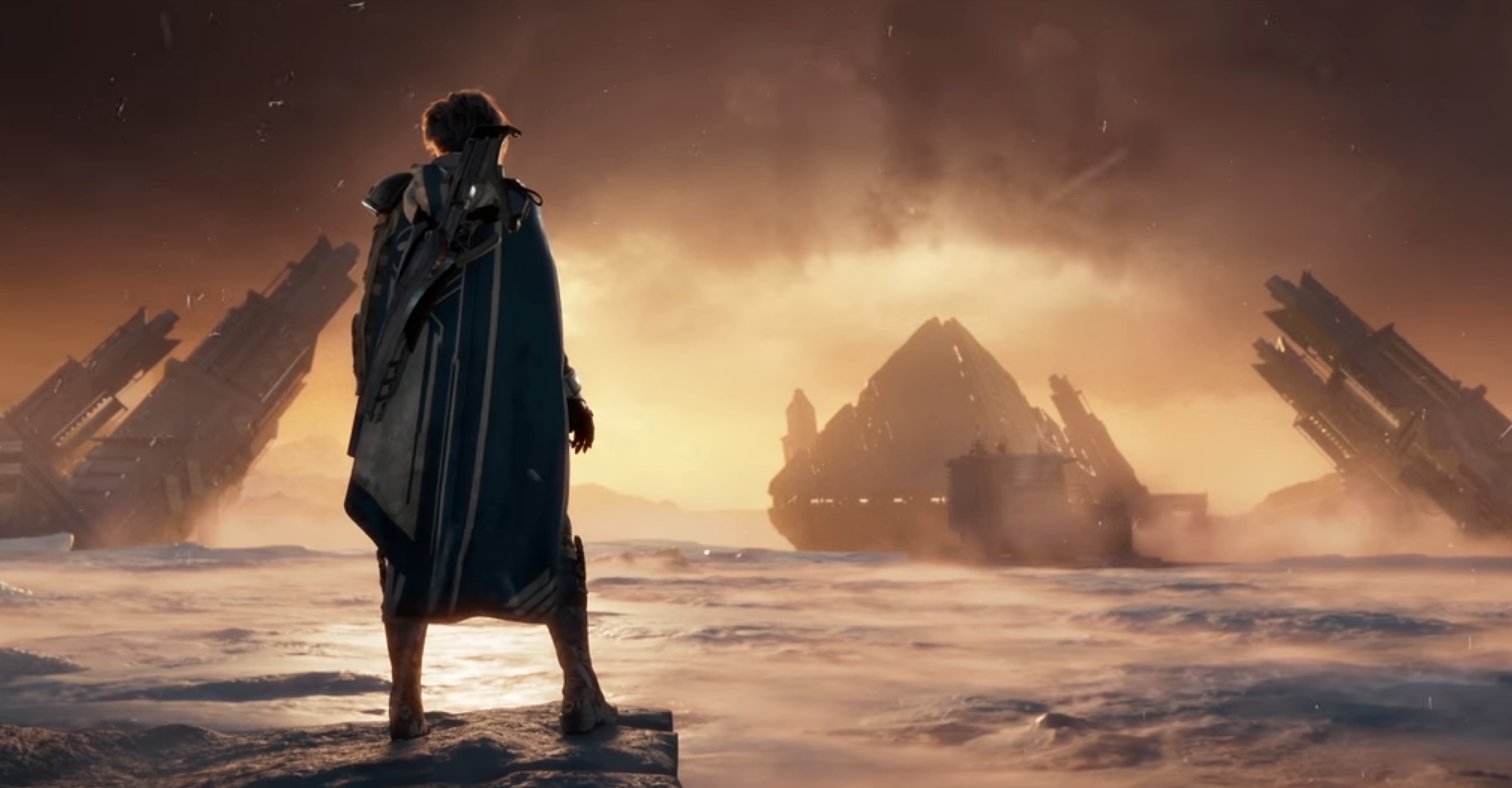 The massive Warmind Rasputin has awoken, and the ice caps on Mars are melting and revealing secrets long dormant. This is the basis of Destiny 2’s Warmind DLC.

Bungie revealed a big chunk of information about Warmind on a live stream on Twitch today, including gameplay on Mars and the prologue cinematic featuring a long lost Hunter named Ana Bray.

The awakening of Rasputin has also awoken a bunch of ice-covered Hive monsters from underneath Mars’ surface, and they look to be the main enemy of this DLC. The Hellas Basin on Mars is where the campaign will take place, and with it comes a new public space for players to explore, too.

One of the new activities to come with Warmind is called Escalation Protocol. This is a public event-like activity that can be started at any time, and features Guardians taking on waves of Hive enemies.

Escalation Protocol starts out moderately easy and then ramps up in difficulty with each successive wave. There are seven total waves to fight through, and on the seventh wave, a unique boss will spawn with its own mechanics. There are five total bosses that drop unique rewards that can’t be found anywhere else.

The Crucible team then revealed two new features coming to Destiny 2 in season three, including Crucible ranks and private matches. The two ranks in Crucible are called Valor, which is more of a reflection of a time commitment, and Glory, which is attached to the competitive playlist and goes up when you win and down when you lose. Some rewards will be available and tied to certain challenges and certain ranks.

Warmind releases on May 8 for Destiny 2 on PlayStation 4, Xbox One, and PC via Battle.net. It’s available to pre-order for $19.99 or as part of the Expansion Pass.