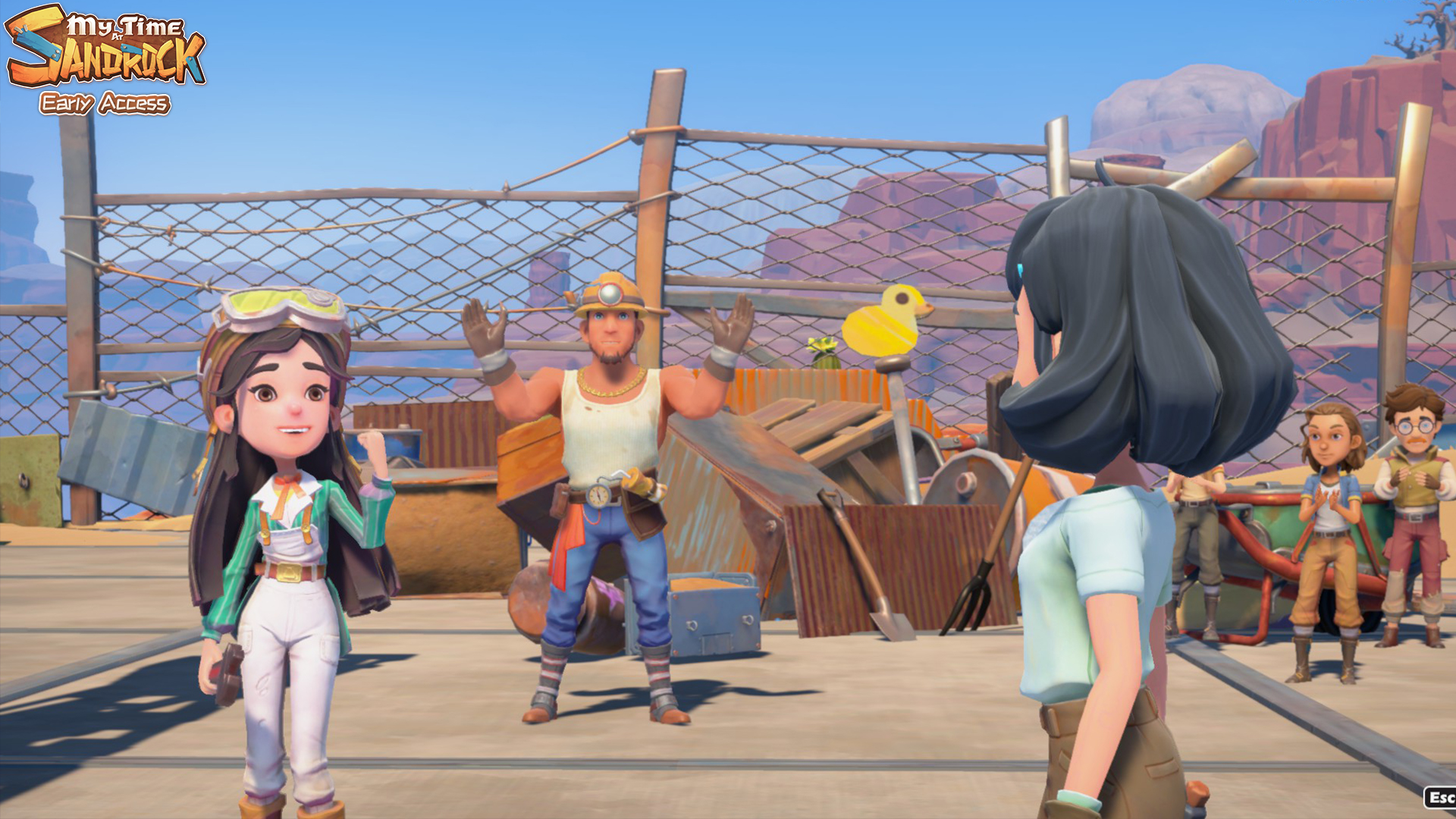 In My Time at Sandrock, one of the first places players are going to discover is the Eufaula Salvage Ruins, which is a place players can go into and mine for resources. Some of the intricacies of the mines can be tricky, but with a little extra explanation, mine-going will be much easier.

The ruins are unlocked very early in the game once the player builds a lift to allow them to reach the area. Once unlocked, players can go down to the entrance and enter the mines. Each time the player enters an odd level of the ruins, they will be able to re-enter the mine at that level the next time they enter it. The level selection screen will also show players what items they might get from mining there.

Players should try to go into the ruins with a full bar of stamina. Food items that give stamina can be obtained by gathering them, cooking them, or by buying them in The Breach, an area that players unlock a little later in the game.

How to use the Scanner in the Eufaula Salvage Ruins

Upon loading up the game, the default key to open up the scanner is F. Once pressed, the scanner will activate and it will take away the stamina and health bars, as well as the time, so make sure that you aren’t cutting it close to the time you should be going to bed or you may find yourself falling asleep in the ruin.

The scanner will show players two key pieces of information. The first is where entrances are. You will have to dig to uncover some of them because the game will not show you any doors that you haven’t uncovered, which can make finding them difficult if players are relying on the scanner to show them the way.

The second piece of information is where special relics are. Turning on the scanner will show players a gold diamond-shaped icon that indicates where the relic is. Digging to the relic and then touching it will put it in the players’ inventory.

How to exit the Eufaula Salvage Ruins

Exiting the ruins is easy. The game will also warn players several times as their stamina gets low that they can press the map button and then press R to leave the ruin from wherever players happen to be at that moment in time.

Leaving the ruins will put the player at the entrance to the ruins, which means that you’ll need to leave enough time to get from the ruins to your bed if you’re cutting it close.

How to find new levels in the Eufaula Salvage Ruins

To find new levels and go deeper into the ruins, players will need to find entrances to the lower sections of the mine. This can be done by simply turning on the scanner and finding uncovered doors or digging through a massive pile of debris to uncover them.

One big tip when looking for these passageways is to look for the yellow outline of the door. Players will know that they’ve hit a door that leads them to the next level because it is a blacked-out door with shimmering particles.

What to mine for in the Eufaula Salvage Ruins

Players may remember My Time at Portia, where the ruins have three colors on the ground that can be mined. And the same is true for My Time at Sandrock. Take note of what drops when you are hitting certain colors, either tan, red, or blue since each one drops different kinds of items.

Time can get away from players when mining in the Eufaula Salvage Ruins, but coming into it prepared and knowing how to get the most out of it to get the things you need can help. Mining in the ruins gives players tons of resources that are required to keep a builder going, so making the most of your time in there is important to keep your machines working.