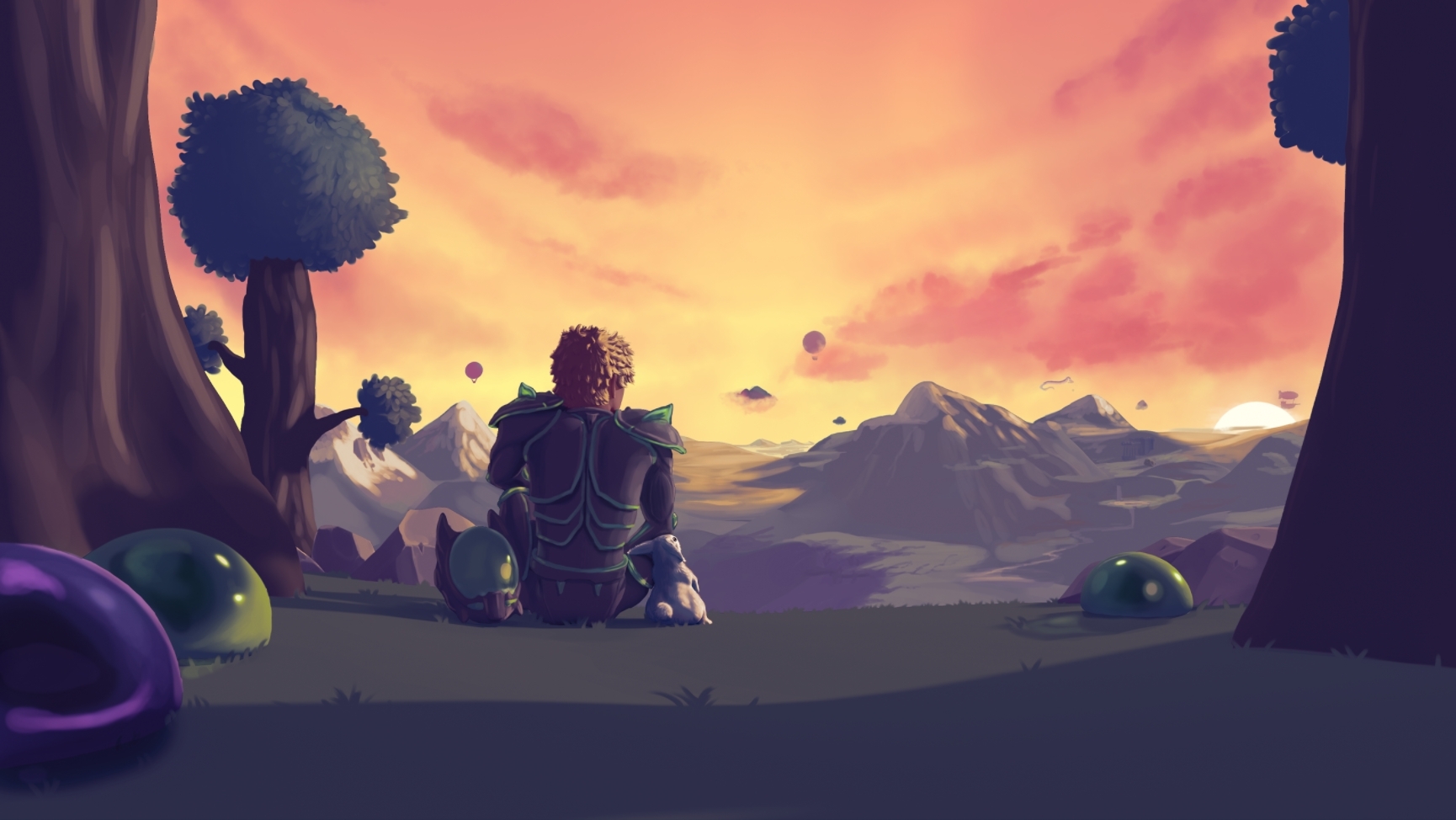 Terraria has a lot of weapons that the player can choose from, and guns make up a large portion of these weapons.

Guns in Terraria are ranged weapons that fire bullets or similar items as ammunition. They are best used when you need to keep your distance from enemies and engage in long-range combat. There are currently 37 guns you can use in Terraria, 20 of which are Hardmode-exclusive. All guns in Terarria weren’t made equal, however, which means a few of these long-ranged beasts are a cut above the rest.

Below are the 10 best Terraria guns, ranked.

The Coin Gun is a ranged weapon only available through Hardmode. It takes the 10th place on our list for the best Terraria guns, not for its power or utility, but its sheer uniqueness, as it is the only gun that uses coins as ammunition.

These coins cannot be retrieved once fired. The damage and velocity of the shots depend on the type of coin fired, with Copper Coins dealing the least damage, going up to Platinum Coins which will deal the highest possible damage achievable from the gun. Using Platinum Coins as ammunition for the Coin Gun easily makes it one of the strongest weapons in the game while conversely making it extremely impractical due to the amount of money you’d be consuming to engage in combat.

Other than its uniqueness, the Coin Gun is also one of the rarest weapons available in the game. It is dropped very rarely (0.0125 percent chance) by Pirate Invasion enemies, other than the Parrot. From the Pirate Captain, the drop rate is quadrupled (0.05 percent chance). And further quintupled (0.25 percent chance) with the Flying Dutchman.

One of the main selling points of the Flamethrower is that it utilizes gel instead of bullets, which is a welcomed cost-effective change since most players possess more gel than they know what to do with. The weapon consumes two gel per shot, and its violent flames can deal with big groups of enemies pretty smoothly.

The weapon’s debuff that sets targets on fire makes this weapon particularly amusing to use. The base damage of this weapon is pretty good, but its lackluster knockback and critical chance prevent it from securing a higher spot on this list.

If speed is your thing, then you don’t want to miss using this gem of a gun. The Uzi is a fully automatic gun with an incredibly high fire rate combined with great damage output, making it quite the effective pick for cleaning out hordes of enemies before you, especially in pre and post-Plantera warfare.

The main cons of using the Uzi are its lack of knockback as well as critical chance, limiting its effectiveness in combat from reaching its full potential. Furthermore, acquiring an Uzi is no simple task. The Uzi is dropped from beating Angry Trappers found in the jungle and underground Jungle Biomes, but they have a mere one percent chance of dropping the gun.

The Xenopopper is an unusual one. This gun uses bullets as ammunition but fires a cloud of four to five bubbles simultaneously. These bubbles bounce off solid blocks, dealing no damage while popping after a delay and firing one bullet per bubble, where all bullets converge at the cursor’s location.

While each shot only consumes one bullet, four to five projectiles are released every firing. The Xenopopper deals significant damage but sports a low knockback and critical chance. While this shotgun-type gun has increased accuracy, it performs poorly at close range and is most suited for single-target encounters.

The Xenopopper has a 16 percent chance to be dropped by the Martian Saucer during the Martian Madness event.

The Vortex Beater is as good as it gets: very high damage output with the bullets and the rockets that it fires around every 0.6 seconds and a great fire rate. It is pretty inaccurate as it fires bullets in a 25-degree firing pattern, however.

This is why most players in Terraria use the Vortex Beater against larger enemies where none of the ammunition gets wasted, unlike smaller enemies. The Vortex Beater also has a 66.67 percent chance of not consuming ammo. This gun does not possess the most amazing stats in knockback and critical chance.

You can create the Vortex Beater at an Ancient Manipulator with 18 Vortex Fragments.

The end-all-be-all of long-ranged weapons, let alone guns, the Sniper Rifle is the epitome of long-range combat. It shows off insanely high damage numbers, with 185 damage per shot, and has an incredible knockback. Factor in the 29 percent chance it has to land a critical hit on each shot, and you’ve got yourself a beast on your hands.

The Sniper rifle also has a “zoom” ability, which allows the screen to scroll temporarily in the cursor’s direction, extending the viewing range in one particular direction. The Sniper Rifle does not come without its drawbacks, though. It possesses a far slower rate of fire than most other long-ranged weapons while also being unable to auto-fire.

This long-ranged behemoth has an 8.33 percent chance of being dropped by Skeleton Snipers. These numbers are changed to a 5.97 percent chance in the game’s Expert mode.

The Tactical Shotgun is probably the best shotgun-type weapon you can get to use in Terraria regarding straightforwardness. It is an upgraded version of the shotgun that auto-fires six spread shots per bullet consumed, compared to the regular shotgun’s average of four bullets consumed per shot.

If all six spread shots fire onto a single enemy, the combined base damage from a single bullet is a whopping 174. You can also use the spread shot from this shotgun to fire at multiple enemies at once. It is adept at crowd control as well, due to the high knockback this weapon possesses, along with its spread shot.

The Tactical Shotgun has an 8.33 percent chance to drop from Tactical Skeletons in the post-Plantera Dungeon. These numbers change to a 15.97 percent change in Terraria’s Expert mode.

The Onyx Blaster is another shotgun-type weapon that is a direct upgrade of the Shotgun. It is a ranged weapon that fires a spread of four bullets while only consuming a single unit of ammunition.

Along with the bullet, a single dark energy projectile is fired that explodes upon impact with either an enemy or a block or after traveling for 40 ticks. The explosion deals 48 damage, which is twice the weapon’s base damage.

The Onyx Blaster is great because it is especially useful for the portion of the game you get it in, with even its ingredients being easy to farm. This shotgun is an excellent choice for bosses such as the Golem and Duke Fishron, while one can one-shot a plethora of Hardmode enemies.

You can craft the Onyx Blaster using two dark Shards, 10 Souls of Night, and one Shotgun, at a Mythril Anvil or an orichalcum while playing in Hardmode.

Using bullets as ammunition, The Megashark is a stronger version of the Minishark and is probably the strongest pre-Plantera gun there is in Terraria. The gun fires at an incredibly fast rate while dishing out large amounts of damage.

The gun has a 50 percent chance of not consuming ammo with every shot, making it incredibly valuable. Similar guns exist, such as the Gatligator, but the Megashark possesses the highest accuracy and the lowest use time. Not to mention, the gun is fairly easy to obtain.

You need to craft the Megashark using either the Orichalcum or the Mythril Anvil with five Shark Fins, one Illegal Gun Parts, 20 Souls of Might, and one Minishark.

Among the strongest weapons in Terraria and undoubtedly the overall most powerful gun in the game, the S.D.M.G. is legendary for all intents and purposes. The gun is considered to be an endgame upgrade of the Megashark, possessing a faster fire rate, a higher damage output, and an incredible 66 percent chance of not consuming ammunition.

It is also similar to Chain Gun in terms of abilities, but it is far more precise and deals much more damage. If used correctly, with the right bullets that favor the gun’s natural strengths, the S.D.M.G. will make quick work of anything that stands in your way.

You have a 11.11 percent chance to drop the S.D.M.G. from the Moon Lord, which makes it an elusive weapon, but one that is well worth the trouble.