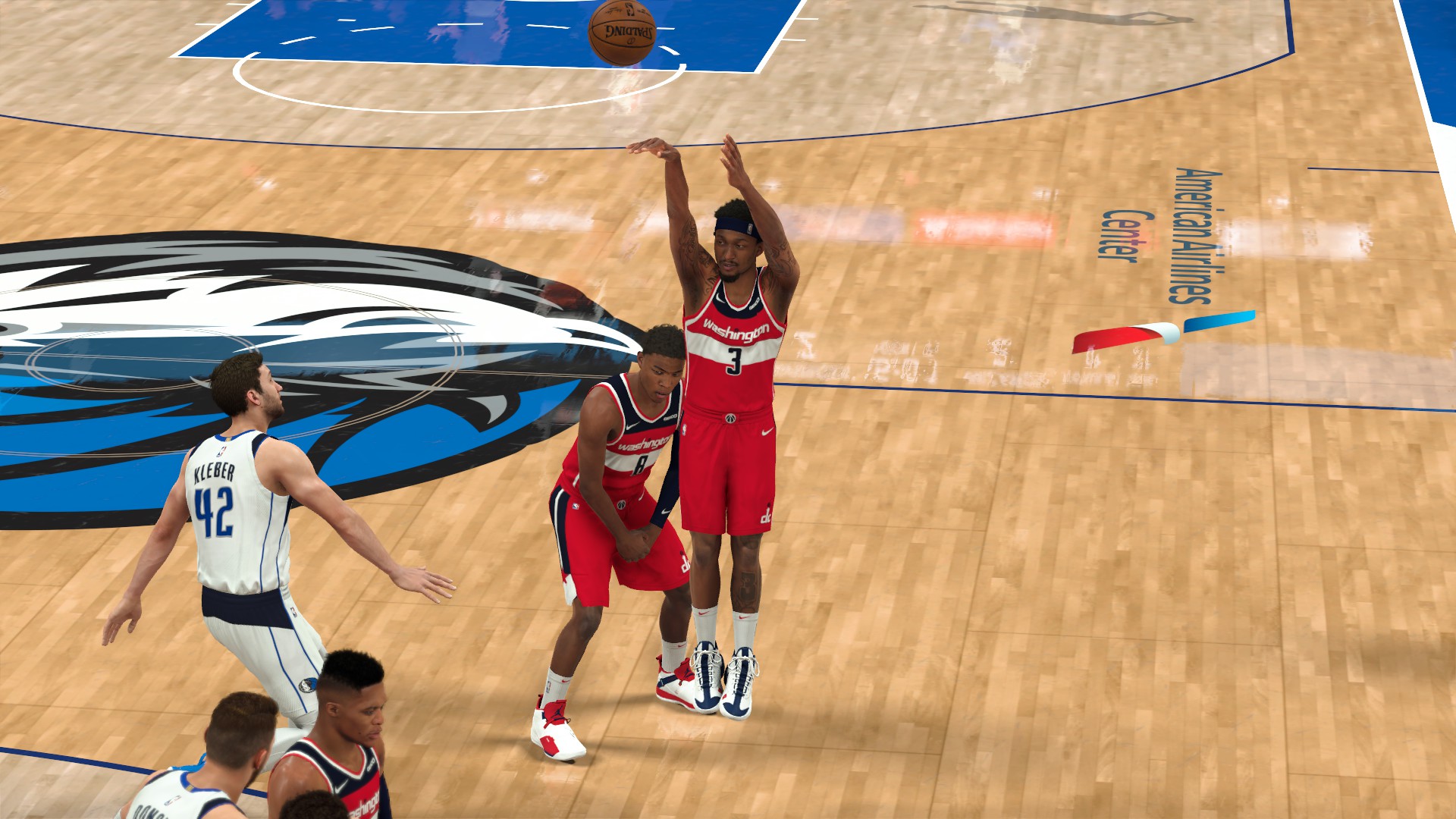 At the end of the day, shooters shoot. When the game comes down to the wire, whether you’re on the virtual court or the actual hardwood, or whether you’re playing NBA 2K21 in the Neighborhood or in the NBA Finals, you want to be the one to take the last shot.

To put yourself in the best position to knock down big shots throughout the game, equipping yourself with the best shooting badges is critically important. Having these badges equipped and upgraded makes the difference between being a good shooter, a great shooter, and an elite shooter.

Whether you’re inspecting cards for your MyTeam lineup, grading trade and draft prospects in MyGM, or upgrading your own player in MyCareer, these are the best shooting badges to consider in NBA 2K21.

Range Extender adds extra distance to a player’s given shot range for both mid-range and three-point shots. The biggest effect can be seen on standard and deep three-point shot make percentages. Your chances of making a three-point shot increase dramatically with Range Extender equipped, according to the folks at NBA 2K Lab, with the best results coming from the Hall of Fame level badge.

In addition to just being able to make more three-point shots, a player with Range Extender can also draw defenders out of the paint. Since defenders will be picking you up farther out, you’ll need a badge to deal with stricter defense.

With Deadeye equipped, jump shots taken with a defender closing out receive less of a penalty from a shot contest. This includes both mid-range and three-point shots and is especially valuable when paired with Range Extender. The same team at NBA 2K Lab tested Deadeye with contested shots and found that your chances of making the shot and having a green release increase with each level of Deadeye.

Given how tough it is to elude defenders in NBA 2K21, Deadeye is a necessity for hitting shots in MyCareer as well as other game modes.

With Difficult Shots, high difficulty shots such as hop steps, spins, stepbacks, and pull-ups receive a shot percentage boost. Coming from someone who accidentally does a pull-up shot when they don’t mean to a lot, this is absolutely a necessity.

Sometimes you have to spin or step back just to get some separation from the defender. Other times you don’t have time to set your feet coming off a screen or an errant pass. This badge can best be coupled with Range Extender, creating a better shot percentage from a deep three in transition.

With Flexible Release, shot timing penalties for jump shots are reduced, making it easier to knock down attempts even when releasing early or late. This badge is definitely recommended for beginner players or players getting used to the latest version of 2K.

If you’re a whiz and getting the shot timing perfect, something like Green Machine (additional boost after consecutive excellent releases) might be better. But if you’re still struggling to get the timing down, Flexible Release should give you some more breathing room.

Like we said before, shooters shoot. With Tireless Scorer, you suffer a smaller penalty to shots when fatigued. With Volume Shooter, you get a boost to your shot attributes for every subsequent shot, whether it’s a make or miss.

For those looking to grind their MyPlayer from scrub to superstar, you’ve got to take lots of shots and make lots of shots. This badge combination should allow you to do that throughout entire games with less penalty and more boosts.