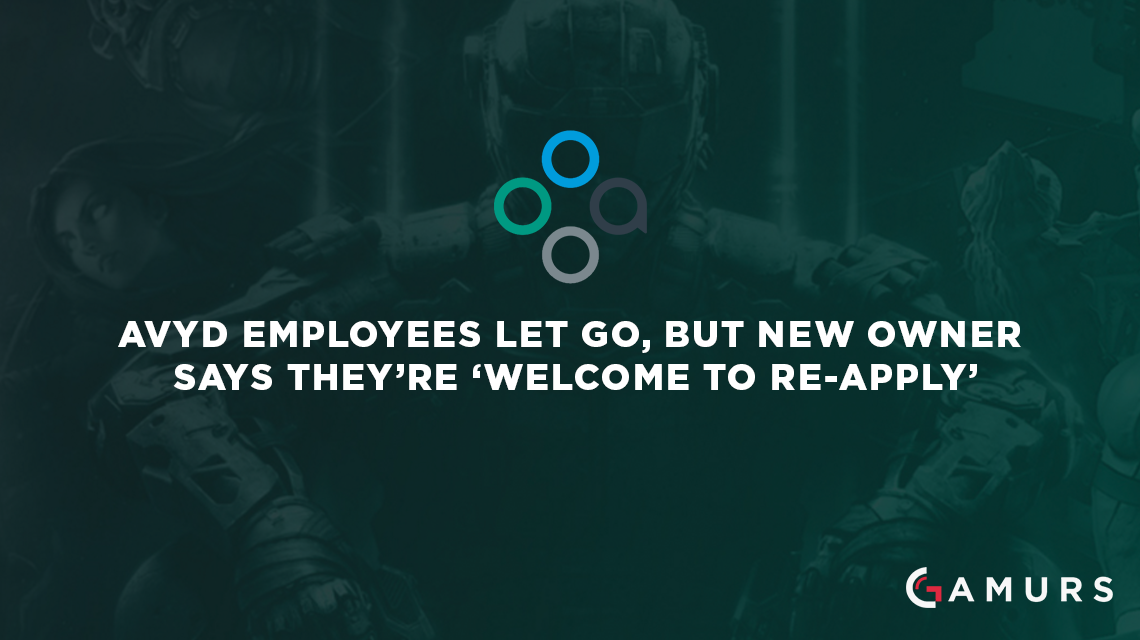 In a complex deal struck earlier this week, a holding company purchased the assets of esports startup Avyd, which has been developing a competitive gaming service since forming over a year ago. The holding company, which is run by Zachary Smith, also acquired Smith’s company, MoneyMatches, a startup service that will offer legal esports gambling.

After the news was first reported on GAMURS, multiple Avyd employees announced they were leaving the company.

It was unclear at the time if the employees chose to leave or were fired. In an interview with GAMURS, however, Smith confirmed that all but one of the former Avyd employees were let go as part of the acquisition.

“When you come into a business that is not fully put together, a lot of times you come in and clear house, and that is exactly what I did. I know there has been a lot of speculation of people ‘leaving’ Avyd,” said Smith. “The only people that we kept was the front UI guy that I know personally and met up with to fire him out of respect for his well being. I then met him in person, and after speaking with him, I decided to keep him.”

The news was confirmed by several sources familiar with the deal.

Smith says there’s nothing unusual about company-wide layoffs after an acquisition. “Procter and Gamble acquired a little brand called Gillette for $57 billion,” he said. “And they fired every single person. That’s over 6,000 people. Now does everyone stop knowing how to make razors? I don’t think so,” Smith said.

The Avyd product is still not complete, he added. “If it was done, it would have been launched by now.” Bringing it to launch shouldn’t take long because “we have the best technicians in the industry, not only in gaming but in the cyber and the information technology as well.”

Smith said the holding company that acquired both MoneyMatches and the assets of Avyd will be run by Smith and two of his business associates, Jacob Cecil and Tristan Collins. Those names appear on official state documentations for MoneyMatches as members of the board, and “will be the same people on the letterhead of the investment company.”

GAMURS reached out to several ex-Avyd employees for comment on this article, but all declined to comment.

Zachary Smith reached out to further clarify his statements, and said the following:

“I didn’t mean to come off brash and I believe text helps amplify this,” Smith said. “I have nothing but respect for people in the industry and I wish them the best. I’m saddened to see them go, after they did a great job creating the brand. Due to situations beyond most of the staff’s control, they weren’t able to demonstrate their full potential. It didn’t make sense to allocate resources besides to our tech. We wish them the best and would welcome them back. We are going to do our best to execute on the example set by Avyd. We will get the tech to work as it was intended, and bring a new world experience to the gaming industry.”

James Mattone is a journalist for GAMURS and can be contacted on Twitter – @TheJamesMattone.