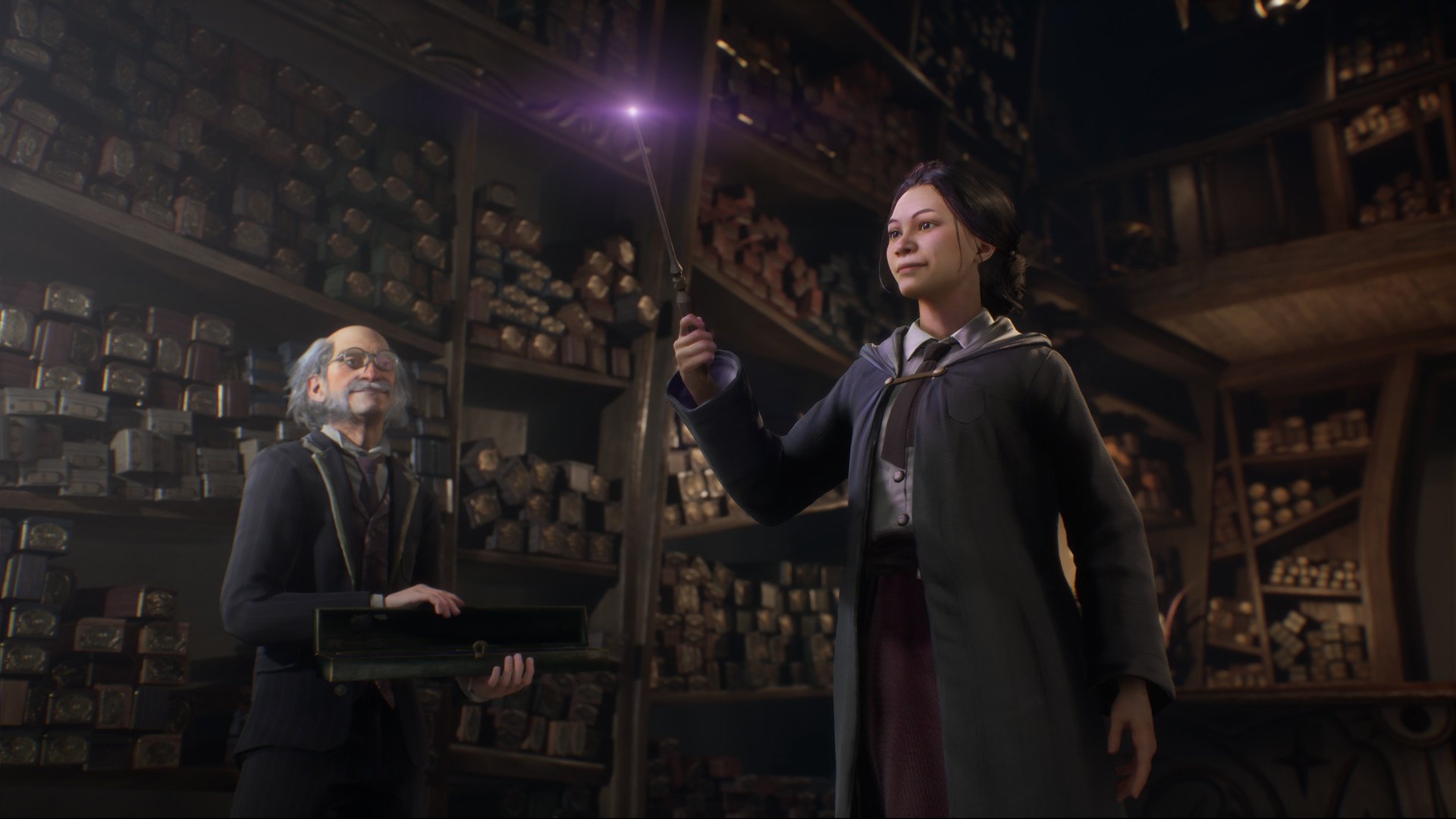 The upcoming fantasy adventure game Hogwarts Legacy received a new trailer as part of today’s Gamescom Opening Night Live ceremony. Developed by Portkey Games and WB, this open-world action RPG will allow players to experience the iconic Hogwarts location from the Harry Potter books and movies as it appeared in the 1800s, sending players back in magical time for a unique adventure.

While the game won’t be out until Feb. 10, 2023, the game is available for pre-order now. Those who pre-order the digital deluxe version of the game will receive a variety of in-game bonuses once Hogwarts Legacy launches in February on PS4, PS5, Xbox One, Xbox Series X|S, Nintendo Switch, and PC.

Read on to discover which bonuses are available for digital deluxe edition buyers.

Players who pre-order Hogwarts Legacy‘s digital deluxe edition will receive several cosmetic items when the game launches next February. The gifts include the Dark Arts Pack, which contains a thestral mount. The thestral is a friendly winged creature that was featured in Harry Potter and the Order of the Phoenix. Harry, Ron, and Hermione used them to fly from Hogwarts to the Ministry of Magic. Players will be able to ride one of their own in the digital deluxe edition.

Also included in the Dark Arts Pack is a Dark Arts cosmetic set, which appears to include a robe that features the skull insignia of the Death Eaters. Finally, it includes the Dark Arts battle arena. The use of battle arenas has not yet been expanded upon, but they’ll presumably allow the player to practice their dueling skills.

The digital deluxe edition also includes the onyx hippogriff mount, another type of flying creature that was featured in the Harry Potter books and movies, the Dark Arts Garrison Hat, a military-style hat that will likely compliment the Dark Arts cosmetic set, and 72 hours of early access that will allow players to play three days before anyone else.

To access all of these goodies, players will need to pre-order the digital deluxe edition of the game, which is available now at most retailers. The full game will release on Feb. 10, 2023.