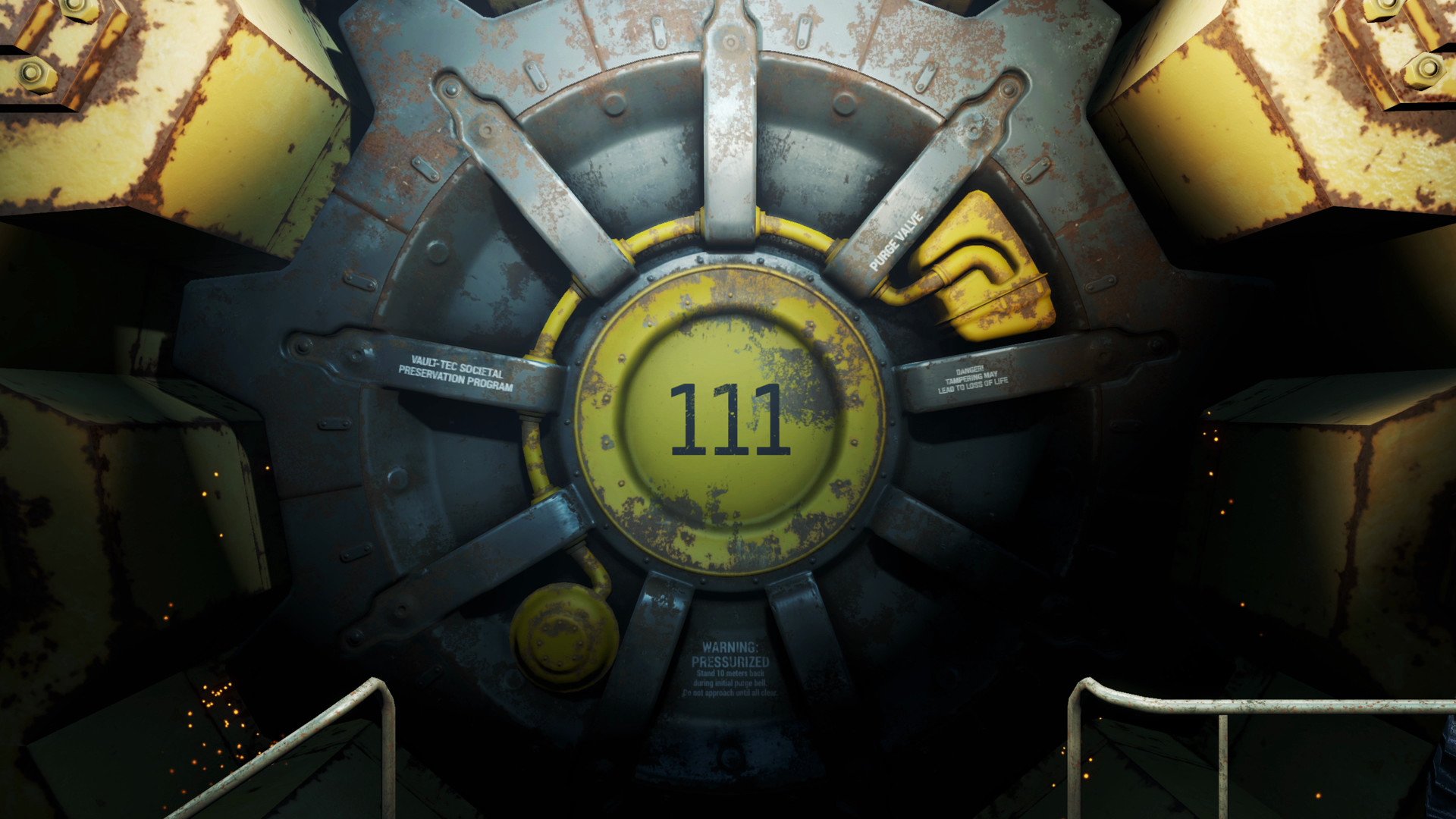 There has been a lot of controversy, love, and hate surrounding the Fallout Series. Bethesda and Black Isle Studios, which later became Obsidian Entertainment, have been in charge of the franchise, but their vast differences have left fans divided. Bethesda’s worlds are much more alive, and it lets innovation and inclusion take center stage in its games, often sacrificing role-playing elements. Obsidian Entertainment’s games are better at telling stories and immersing players in the world, and its role-playing systems are more advanced.

The quality of a game should not be measured by how many copies it sold, which rises with each new game, but by how much each game made for the world and how fans view it years later. Some Fallout games have stood the test of time, while others still spark controversy. 2018 marked the release of the latest Fallout, which is more than enough time to evaluate its performance.

In the following list, we rank the games based on how much fun you would have if you played them today. The newer games are more visually appealing than the earlier ones, but what matters most is how the gameplay stacks up, along with the story and role-playing aspects.

Fallout: Brotherhood of Steel marked the end of Interplay’s time with the series, and Bethesda would be the one covering the IP onwards. Fallout: Brotherhood of Steel did not appeal to its audience and was generally poorly received. It was a completely action-oriented game with no role-playing elements other than letting the player pick from three characters. Although Interplay tried to market this game to a larger audience, it backfired completely, leaving the company with no choice but to sell Bethesda the license for three games and then eventually the franchise outright. As for the story, it was bland as well, making it the forgotten entry in the Fallout series.

Fallout Shelter was a surprise release from Bethesda. Five months before the release of Fallout 4, Bethesda announced the game during E3. Due to its unpredictability, the hype followed the game until its release. Bethesda also announced Fallout Shelter to keep players entertained until then, which was released the same day as the announcement. Bethesda’s servers were overloaded immediately, and the mobile game couldn’t keep up with the demand.

When they allowed everyone in, the most interesting thing was that it wasn’t optimized like regular freemium games. There was definitely the option of buying stuff to speed things up, but the game didn’t take very long between actions. The times were so short, and there was so much to do that you wouldn’t really feel the need to pay to speed anything up. In multiple NoClip interviews, Bethesda has stated that it was not expecting the game to make as much money as it did. While the mobile game was fun and is still running today, it wouldn’t match up to games that were meant to be games.

Fallout was the game that started it all. In any series, the first game establishes the world and makes it interesting enough for players to enjoy. Fallout depicted a world where there was a nuclear winter in a meaningful way, using the Cold War scare that most people knew about. It is one of the few turn-based games in the series but still retains the wackiness and immersion the series is known for. There is only one complaint about this game: it’s pretty hard because of the time limit. If you bought it today, you could now turn off the time limit, and future Fallout games did not repeat this limitation.

This game features many favorite factions from the series, including the Brotherhood of Steel and the Supermutant’s army, as well as events leading to the formation of the NCR.

There is no doubt that Fallout Tactics is one of the best games in the series. The game is heavily focused on strategy and has top-notch fighting, but it pulls back on role-playing. Taking on the role of The Warrior, players climbed the ranks of the Brotherhood of Steel. Players are tasked with making Chicago’s wasteland safe, and the game does a great job of making the situation seem hopeless. The more raiders and Super Mutants you clear out, the more you become indoctrinated into the Brotherhood of Steel mindset.

When you are almost surrounded by enemies who want to kill you without cause, it’s easy to see why the Brotherhood of Steel believes they’re always doing the right thing. If you haven’t played this yet, we recommend it because it’s great to see what it takes to become a general in one of the most beloved factions of the series.

Fallout 2 introduced two more factions that have become staples of the Fallout series: the New California Republic (NCR) and the Enclave. The player sees how weak and vulnerable the NCR is before they become the dominant force in California and Nevada. With this game, players could explore more of the game world and expand on the gameplay of previous iterations. With very few improvements to combat and graphics, so much of the game felt like an expansion of the first. While this is a great improvement over the first game, it didn’t feel like a full-fledged sequel.

As a result of the game’s success, the Fallout series was looking more like a money-making franchise. The team at Black Isle Studios made a design document for the third game, but Bethesda took over and Black Isle Studios closed before the employees returned as Obsidian Entertainment.

Do not misunderstand, if this ranking were based on release day alone, Fallout 76 would rank eighth. Those who haven’t played Fallout 76 lately, however, wouldn’t know how much the game has improved and while it still isn’t good enough to be considered better than the other newer versions of the game, it’s playable and has a cohesive story. Fallout 76 acts like a multiplayer Fallout 4 but removes all of the memorable NPC dialogue, factions, and immersive storyline. The game isn’t all that fun to play, and you’ll end up just walking around the map too much as NPCs just send you on fetch quests. There isn’t much to say about its fun or replayability since unless you have friends to play with you, you’ll probably get bored playing it on your own.

We wouldn’t blame you for hating the game because it often retcons a lot of the established lore just to sell an expansion, but it’s still a viable Fallout game. This is technically better than the classic Fallout collection, but if you had to choose to buy the older games or this one, we’d say to go with the older games.

As stated above, Fallout 4 was announced five months before release. The game held onto its hype long enough to get big launch day sales, which was probably one of the smartest marketing strategies. It’s hard to know how your choices will sound in Fallout 4, and many of them are fake choices that don’t let you do what you want. Starting the game, the player survives a nuclear war by being frozen, and somehow, they survive a vault-wide power outage. They discover that their child has been stolen, which leads to a chase that is eerily similar to Fallout 3.

Fallout 4 appeals more to those outside the Fallout fanbase because it allows for more action and less role-playing, which is inclusive but a sacrifice. It introduces base building, which works great, but it gets monotonous, and the factions aren’t as diverse as they could be. Although the Brotherhood of Steel returns, they are hard to like, and the Institute has no redeeming qualities. The game is made very well, but it doesn’t meet the standard that the series has set in the past in terms of an overarching story and immersion in the world.

With Fallout 3, the game world was brought into 3D, attracting new fans to the series. Fallout 3 had much to do and so many little stories you could miss if you didn’t travel around the map. When you stepped out of your vault, it felt like you had stepped into a destroyed world. The player is a vault resident who must leave their vault to find their father. Although both the Enclave and Brotherhood of Steel return and play a huge role in the game, Bethesda’s explanation of these elements would probably make the original developers proud.

It’s like a love letter to Fallout, and yet it expands the universe in a way Black Isle Studios probably couldn’t. Fallout 3 remains one of Bethesda’s top games.

With Fallout: New Vegas, Obsidian returned to the Fallout series. Their own Fallout 3 design documents (titled Fallout Van Buren) were used for the game’s development. Despite having to use Fallout 3’s engine, they were given very little instruction and had to make a game in a short amount of time. Since the engine is Bethesda’s, it’s more of a collaboration between the two companies. The outcome is Fallout: New Vegas, considered the best Fallout game ever made.

Taking on the role of a courier in Las Vegas (now known as New Vegas), the player becomes the victim of a casino power play. After being shot in the head, the player is saved by a friendly doctor. The storyline involves the NCR, Brotherhood of Steel, Super Mutants, and new factions of Mr. House and Caesar’s Legion. You decide who is right and how the game will end. If any remake is made, this should be the one.