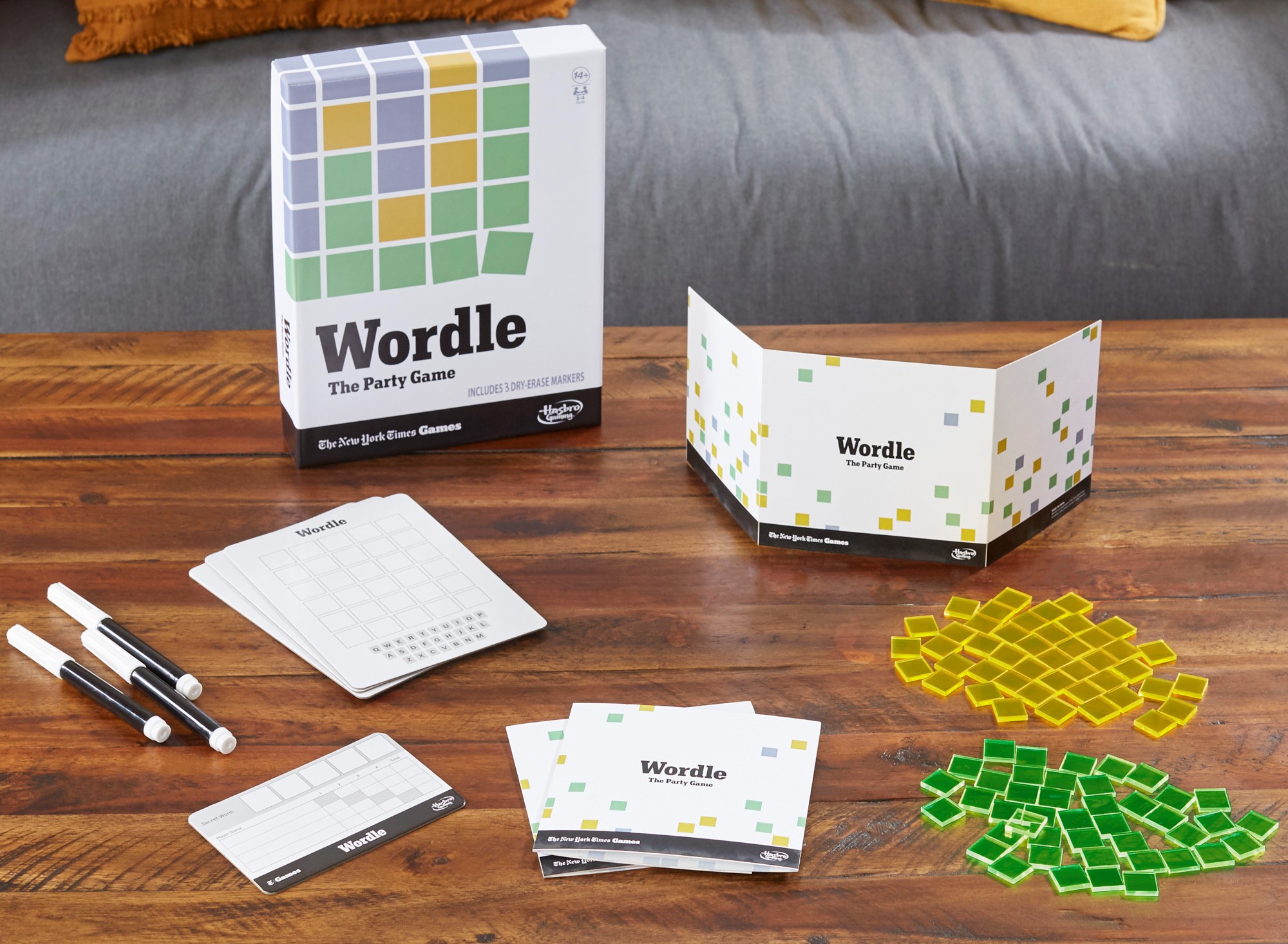 The world-famous word game Wordle will receive a tabletop version produced in collaboration with Hasbro called Wordle: The Party Game.

Hasbro and The New York Times made the announcement today about the physical board edition of Wordle. It’s already available for pre-order in North America through the game’s official website and is scheduled for release in October. The product is listed in available stores, Amazon, Hasbro Pulse, and Target priced at $19.99.

“Since Wordle burst onto the scene, it’s undoubtedly been a staple in social and pop culture,” Hasbro executive Adam Biehl said in a press release. “We’re beyond thrilled to work with New York Times Games to bring our gaming worlds together and extend Wordle in new ways.”

In Wordle: The Party Game, two to four players will battle it out in solving word puzzles. In each round, one player known as the “Wordle Host” will pick the word that everyone else will try to guess. Players will still only have up to six tries to guess the word correctly. You’ll get fewer points depending on how fast you solve the puzzle. And whoever has the fewest points at the end of the game will be crowned the winner. Players can switch up the gameplay with four different versions of Wordle: classic play, fast, timed, or teams.

Players can visit the official website for more details. The box of Wordle: The Party Game will include three Wordle boards, three shields, a Secret Word board, three dry-erase markers, 45 green tiles, 45 yellow tiles, and the game guide.