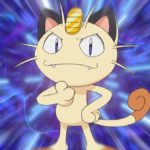 It’s always a pleasure to see game characters off the screen, but not many titles feature the best of our everyday lives. While human interaction is vital to go on about your day, one can always prefer the peaceful companionship of animals—especially cats.

It’s hard to predict what a cat can do next. They can fall asleep after just waking up or suddenly start running rampant around the house in the middle of the night. Their unpredictable nature makes them the best candidates to become video game characters since every game needs that element of surprise.

Though it isn’t rare to see random cats scattered around in open-world games, only a few had the honors of going prime time. The following cats became iconic parts of the games they starred in and engraved their names to the list of the best cats in gaming history.

In celebration of National Cat Day, here are the soft, warm, and little balls of fur that received a round of applause for their efforts.

Though cats have taken on some iconic roles throughout gaming history, it’s quite rare to see them as one of the main characters of a game. Monster Hunter World turns these creatures into life-saving angels and takes it up a notch.

When you first start playing Monster Hunter World, you don’t only create a hunter. You also customize your own cat-like companion named Palico, and they’re fantastic. They become a core part of your adventures with their cute outfits, and they’ll always have your back.

Palico won’t let you neglect your health points and even distract foes while you’re busy doing something more important. Each Palico deserves a nice pat on the back, and there’s no better day to do it than National Cat Day.

While almost all domestic cats are suckers for love, some may not look like the type at all. Alvina from Dark Souls looks like it was pulled out of a nightmare, but she means well.

Alvina’s connection to Sir Artorias is somewhat unclear, but her dialogues indicate that she regards him highly and takes her sweet time to guard his grave. Despite her terrifying appearance, she’s a chatty little fellow, and you too could become responsible for protecting Artorias’ tomb by joining the Forest Hunter covenant.

Be careful about attacking her. Even though she doesn’t fight back, she holds a mean grudge.

It’s quite challenging to grasp what cats are thinking before doing the things they do. Even if you were to swallow a pill to unlock the full potential of your brain, like in the movie Limitless, you’d still need to become a cat to think like one. Catlateral Damage is the game version of stepping into a cat’s shoes, and you simply start shredding through a house to earn points.

There are many cats to choose from while playing Catlateral Damage, but the objective remains the same for each of them. The whole gameplay experience is also rather enlightening as a point/reward system could be the only reasonable explanation of a naughty cat’s behavior.

Even if you show Meowth to someone who watched the original Pokémon anime only to fall out of the franchise in their adult life, they’ll know who you’re talking about. Meowth is potentially the most influential cat on our list with his admirable sense of humor.

Meowth is also one of the more unique character in the franchise since he’s the only recurring Pokémon that can speak human language. His enlightened views and 1000-IQ plans are a great breath of fresh air from Pokémon that can only repeat their name.

Though he’s a crucial part of Team Rocket, all Meowth is concerned about is his nose’s whereabouts. Who’d forget to give a nose to a cat?

Ratchet, from Ratchet & Clank, was initially planned to look more like a reptilian alien. We don’t know what happened during the design or the production stage, but he definitely looks like a cat. Some will try to tell you that he’s close to a fox, which is closer to a dog, but no dog will care this much about their missions.

All Ratchet wants is to prove himself and show the world he’s a capable hero, which could be considered standard cat behavior, unless we’re talking about a Garfield-like cat. Ratchet will also be getting a new title on PlayStation 5, meaning you’ll be seeing a lot more of him in the near future.

It’s quite hard to talk about a cat who doesn’t even know who they’re. Morgana is a playable character from Persona 5, and his sole goal is to restore his memories to remember who really he is.

He’ll even deny being a cat if you accuse him of being a cat, which certainly adds a lot to his character. Morgana becomes a vital part of your crew throughout the game, however, since you’ll need his abilities to balance your life in the Metaverse.

Yuumi joined League’s eccentric cast of champions in 2019 and has since made a name for herself as one of the most loveable supports in the game.

The Magical Cat is on a mission to find her master Norra, who mysteriously vanished one day. She uses her Book of Thresholds to travel around Summoner’s Rift, increasing her allies’ movement speed and healing off any damage they may sustain throughout a match. Although she may get distracted by a delicious-looking fish or a much-needed nap, Yuumi is a reliable support to have in any team composition nonetheless.

King is a character that was inspired by two real-life wrestlers. While the Satoru Sayama and Fray Tormenta didn’t actually have Jaguar blood inside their veins, the King in Tekken looks like he’s definitely a lot more powerful than a regular human.

He may still be human, but the fact that he doesn’t talk at all apart from occasional growls and his majestic tail is more than enough to categorize him like a cat. He also has one of the noblest causes of any cat on our list.

Like Fray Tormenta, King also fights to support his orphanage. Though King’s success in various tournaments was enough to allow the orphanage to survive on its own, the harsher times pushed the selfless hero to drink, and the death of a child in his care during one of those times acted as a breaking point for our favorite Jaguar.

The second King of Iron Fist tournament put him on the right track, but he was attacked and killed by Ogre shortly after he lost the tournament. King’s death was a shocking blow for everyone under his care, but his teachings lived on with one of the orphans taking on the Jaguar mask to become King II.

Though they prefer being referred to as a beast race, they’re just cats on two legs. Khajiit are one of the more resourceful races in the series, but they struggle dearly from the cultural prejudices that other races in the series may have against them. They’re labeled as “not to be trusted” due to their rich history involving thieves.

Khajiit often talk about themselves in the third person, which most cats would probably do in real life if they could talk.